I like pretty clothes, paying my rent on time, eating out, and attending my classes. I want to work as a professional comic artist and freelance as an illustrator, meaning I want to pay my bills doing what I love. A lot of fantastic comic artists subsidize their comic income with jobs as bartenders, baristas, waiters, secretaries, because let's face it, comics and illustration hardly pays anything. People aren't willing to shell out cold, hard, cash (or hot little plastic) for a piece of paper with some watercolor on it. Time spent working any job that doesnt involve illustration is time spent away from what they love, and often means they're too tired to put in a good 8 hours of drawing when they return home.

Hard work deserves a fair wage, but we often undersell ourselves just to book commissions. It's a tough market and unfortunately, when 'everyone's doing it' you have to undersell to compete. The art world shouldn't be like Walmart, commission art isn't just cranked out carelessly, there is no assembly line for making comics. Even when an artist seems to effortlessly dash off a doodle, there's more there than meets the eye. You often don't see the hours spent learning how to draw, applying to schools, and honing craft. You don't see the frustration at failed drawings, the desperation at being unable to make rent, or the pages of thumbnails that come before a finished page. It's our job to make it seem like magic, and magic isn't free.
25$ marker render= at least 5 (often many more) hours of work

At this rate, if materials and shipping were free, I wouldn't even make $5 an hour. That's not even breaking minimum wage, and I'm not constantly cranking out commissions either. Now let's figure out the cost of supplies.

Each Copic marker is about $6. I have around 75 at this point. I will use around 30 individual markers per piece, but I don't have to refill them very often. 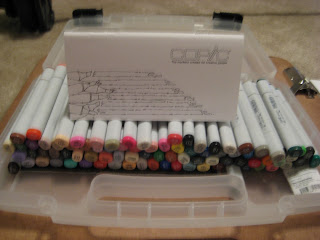 I've only had to replace one nib so far, and I've only had to buy refill ink for my colorless blender. Refill ink is about the cost of a marker, but it can fill a color several times.
I use plate Bristol board for marker renders (11"x17", Strathmore's 500 grade), which is around $25 for 21 sheets. For watercolor, I use watercolor paper, which is slightly smaller and costs more. I tried to switch to Vellum Bristol (because it'd be larger and slightly cheaper), but it doesnt want to take the water and I can't control it as well.
Right now I ink pieces with Copic Multiliners and a Kuretake Brush Pen. Each Multiliner is a one time investment of $8, and I have sizes .03-.8. Each replacement ink cartridge is $4, and nibs are 2 for 2$. The Kuretake brush pen (which is nicer than the Pentel Pocket Brush I used before) was $21, and I haven't had to purchase any new refills yet. 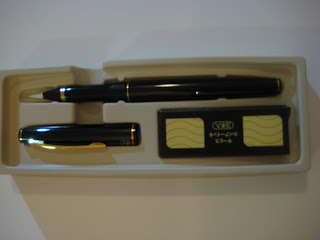 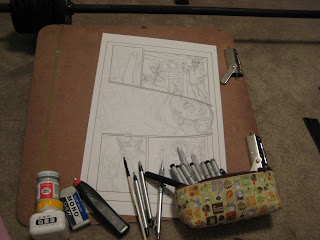 For sketches, I use both bluelead and regular 3B graphite. The blueleads run $2 a pack, and I usually buy 10 packs at a time to save on shipping. Each pack has ten leads.
My UNO and SCAD education have both helped me become the artist I am today (and continue to improve), and each class is 3,000$. I take two classes a semester, and there are four semesters in a school year. I don't want to think about that math right now. I usually spend an hour of my time each night studying/practicing and 2 hours doing classwork.

Please keep in mind that time I spend doing a commission is time spent not doing classwork, housework, or studying.

The $25 for a marker render is an introductory price, to get my product on the market and to generate a portfolio. For right now, I want my services to be affordable and accessible. I love what I do, but it's supposed to be my livelihood, and I need to eat just like you do. When artists charge something like 10$ for a marker commission, they're really devaluing the market, and making it hard for the rest of us to sell our more expensive work. Even 25$ is on the cheap side, but right now it's better for me to make 25$ here and there then never make 40$.

Right now, I'm willing to accept some trade and payment in the form of exposure, but only if it's the sort of exposure that'll lead to 2+ paying customers in the next week (it doesn't have to be marker, $5 sketches go towards paying bills too). If your readers aren't interested in the sort of artwork I produce, it probably isn't worth it for me to accept trade in the form of exposure. Right now I run no ads and have no sponsors, so everything is out of pocket.

Not only is my time spent when I do a commission, but I don't even keep the original. I pay to have it mailed to you, package rate. You own the original. I only retain digital rights for self promotion.

I tend to solicite trades/offer pro bono illustration to bloggers who have a large fanbase that's primarily in my demographic (20-29 year olds, right now. I want to do kids books and comics, so I'd love it if it expanded to 10-29 year olds). Many of their readers would have some disposable income, and they tend to like 'cute things'. These bloggers are transparent about their stats and have no sponsors that compete with what I do. I intend to work with these people long term. I contact them via the provided email, and send them work updates via Twitter, both for their approval and for self promotion. I prefer not to be contacted via Facebook, since there is personal information on there that I'd rather not be accessiable to the internet at large.

I find these sorts of trades acceptable (keep in mind, if I approach you, this isnt applicable):
Artwork
Custom clothing/accessories/jewelry (the person requesting the trade has to make these. I want to support other artists as much as possible)
Exposure, but ONLY if you average about 2,000 pageviews daily. Art blogs don't usually get a lot of views, and I'm trying to change that for mine. The more eyes see my work, the better my chances of getting paid.
Adspace, but ONLY if the above is true.
Convention table space

I love working for:
People who want pet portraits/pets included in their commission (or animals in general)
Fashion bloggers (I love pretty clothes!)
LP (Let's Play) artwork
Other artists (especially if its to draw their characters, or reimagine their characters. I don't ever think my way is the right way, but I love seeing other people draw my characters too)
Gaming Blogs
Comic review blogs
Humor Blogs
Presents/card designs
Concept art/character designs
Avatars/user icons

As always, I reserve the right to say no, and I may recommend a friend who is better suited at providing what the customer wants. I can't guarantee their rates, however.

And you can always commission a tutorial! Commissioning one means I will definitely do it, and soon, whereas if you just request it, it may or may not happen.