When the semester is winding down to a close, I never get much sketching in, since my focus is on finishing my assignments.  However, I managed to get a fair amount done, so I'm pretty impressed.

Let's just admit it, I draw Remi as a treat/relaxation.  Sometimes it's nice just to draw a happy girl in a pretty dress, especially if you've been laying out perspective grids all day long and are so frustrated you want to rip the paper with your teeth.  Not that I ever feel that way.  I am always very zen about drawing.  Very.  Zen.

First off, I have some replacement panels inked that are going into Foiled sometime today.  I'd like to show you guys how I go about doing something like that, but that's a later post. 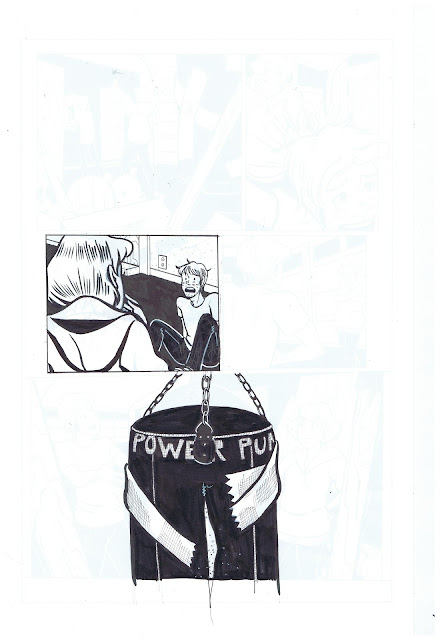 It's going to require a little digital tweaking, and I've found a better way to drop those pesky grays.  I'll show you guys how I do that too, a little later on.

Here's the inked linework for a little something I'm working on for DelightfullyTacky.  Check out the right side of her page, she's running a Nattosoup ad.   I'm trying to expand my marketing, a little at a time. 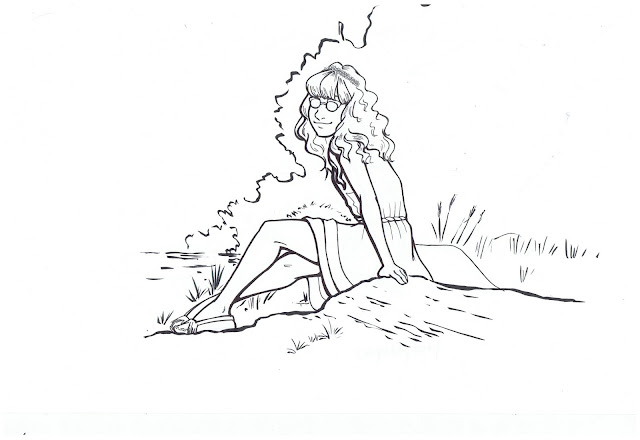 It feels a little naked to me right now, because I'm used to spotting heavier blacks, but I wanted to keep it feeling light and airy.

Now for a bunch of pencils and bluelines: 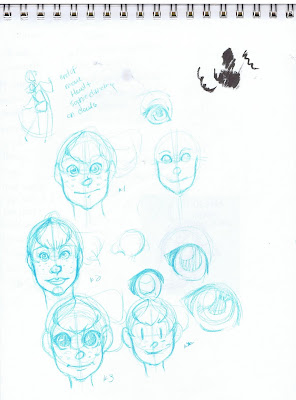 A friend challenged me to try drawing in different styles.  Since I don't really draw Kirsten a lot, I used her as my labrat. 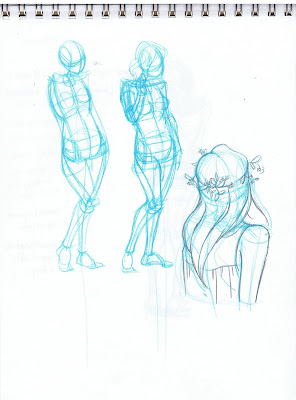 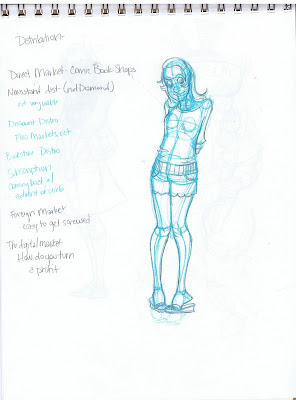 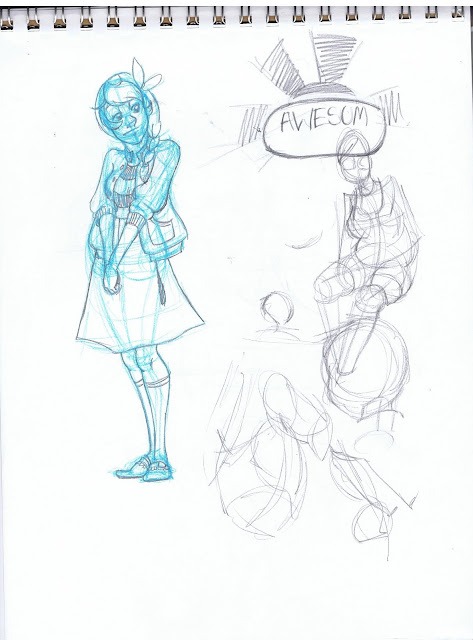 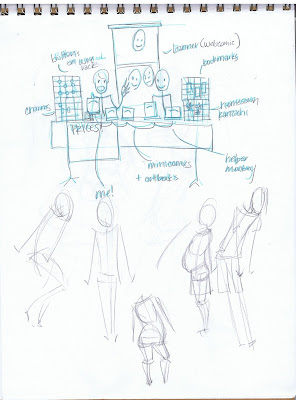 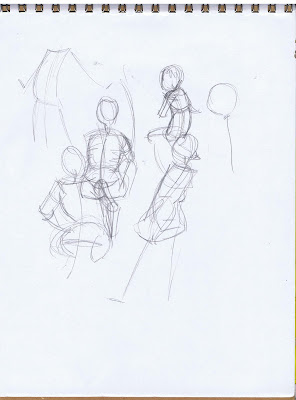 Studies done of kids playing in the fountain at City Market.  They're kinda hard to draw because they're constantly moving :3 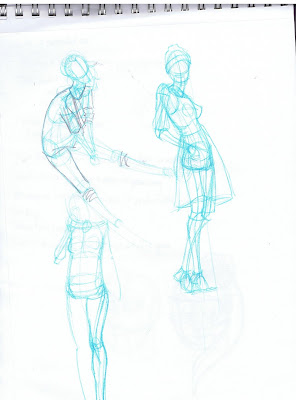 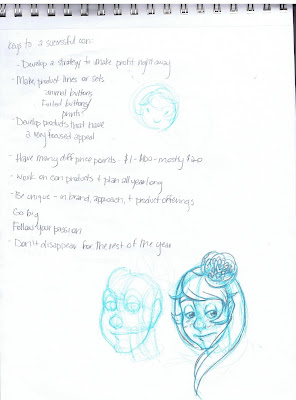 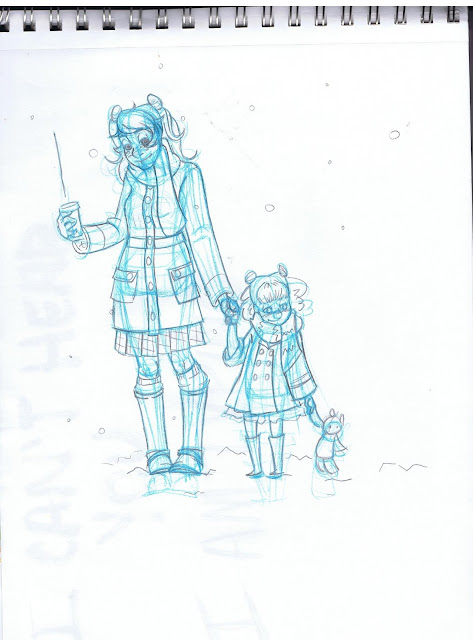 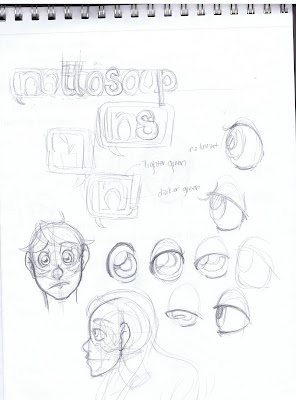 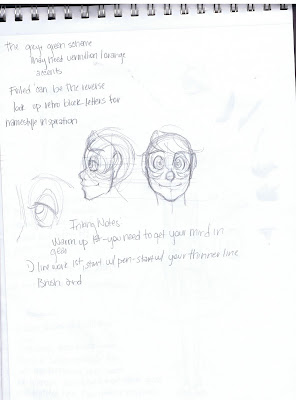 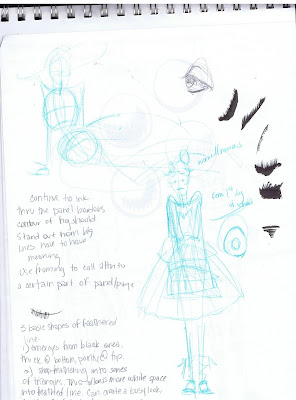 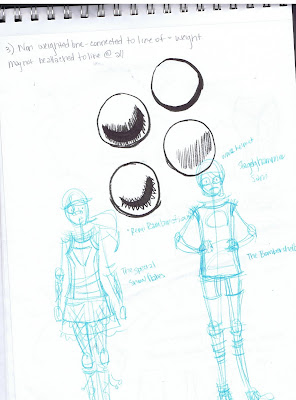 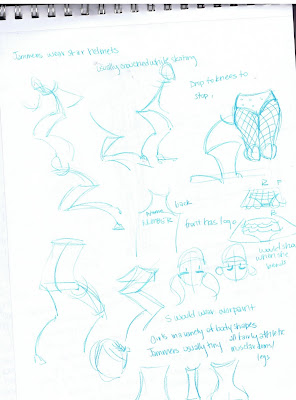 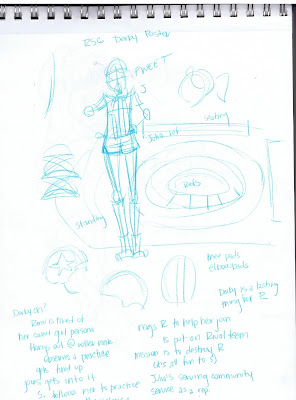 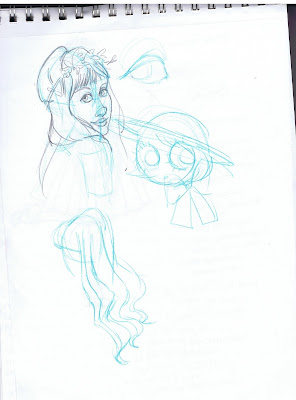 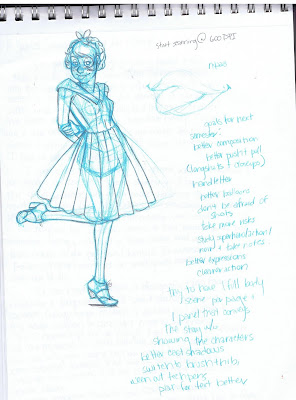 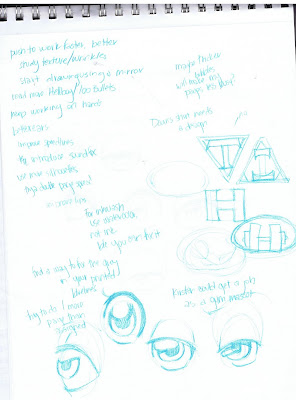 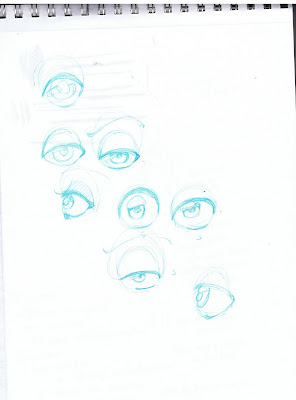 Figuring out how I want to change doing eyes. 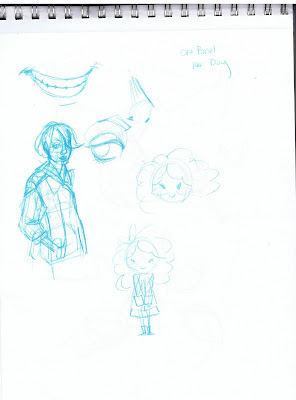 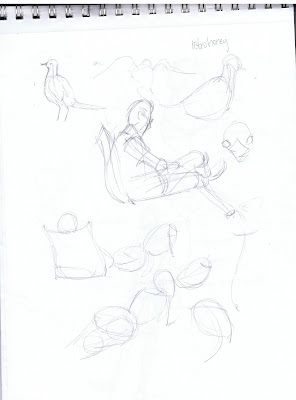 Studies while at the beach. 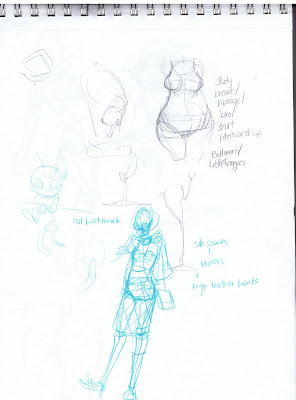 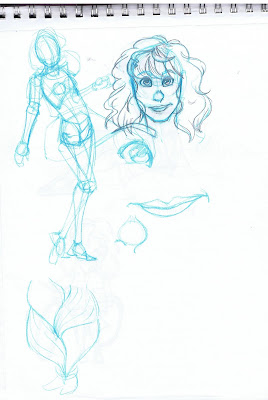 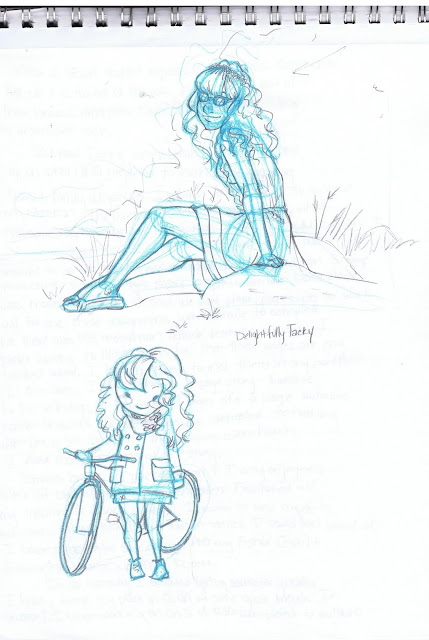 Studies for the Delightfully Tacky illustration 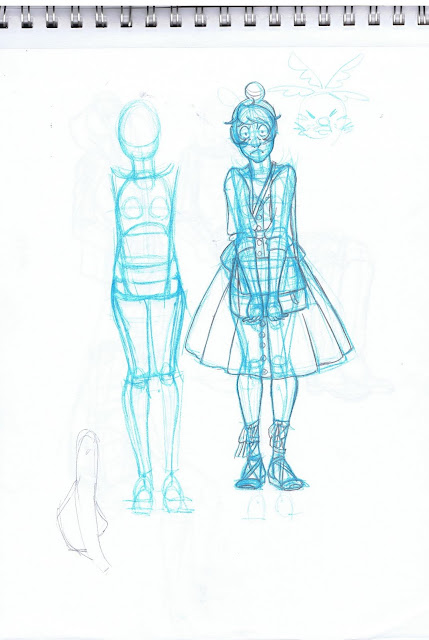 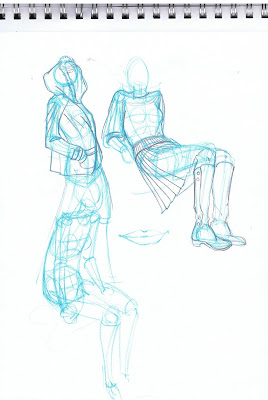