While at SCAD, I took a course on handlettering.  I realized a couple things while taking handlettering- I hate my own handwriting, even when designing fonts, and it's difficult for me to maintain a font when it's handwritten.  Although most of my comics are traditionally drawn, I opt to digitally letter most of my work, and I find that many of the skills taught in this class are relevant and useful in my current work.

Handlettering is a skillset all its own, with tools and techniques to help you achieve consistent lettering, but we won't cover that here on this blog.  Instead, we're going to focus on digital lettering techniques.

Over the next four posts, I'll take you through selecting a font for your comic, blocking and placement within your page, creating word balloons, and final cleanup/adding in handdrawn sound effects.

I highly recommend you check out Nate Pieko's lettering tutorials over on the Blambot site- they're excellent, and he's a pro.

For today's homework, I recommend you read Comic Lettering Tips: The Essentials

For 7" Kara, I created a custom font that reflects the tone of the story.  This font was created from a handlettered, color pencil base, adjusted in Adobe Illustrator and saved as a vector, and turned into a font using FontForge.

I don't plan on covering font creation on this blog (unless someone is willing to submit a guest post), but I do have some resources available for those interested in creating a custom font. 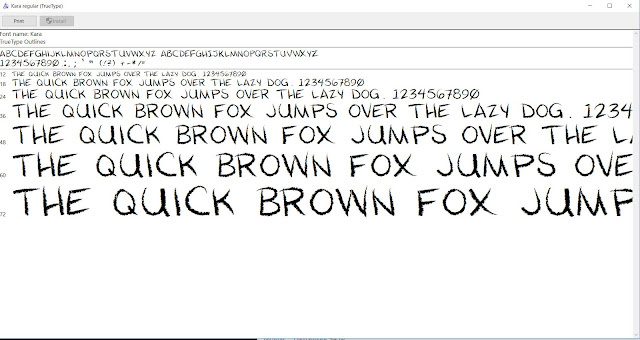 There are different types of fonts to consider:

Fonts for Lettering Dialogue:
For other comics, including anthology submissions, I usually turn to Blambot's wonderful library of fonts designed for comic artists.   Comics created for comics are kerned properly for comics- other fonts may require adjustment. My favorites for dialogue are: 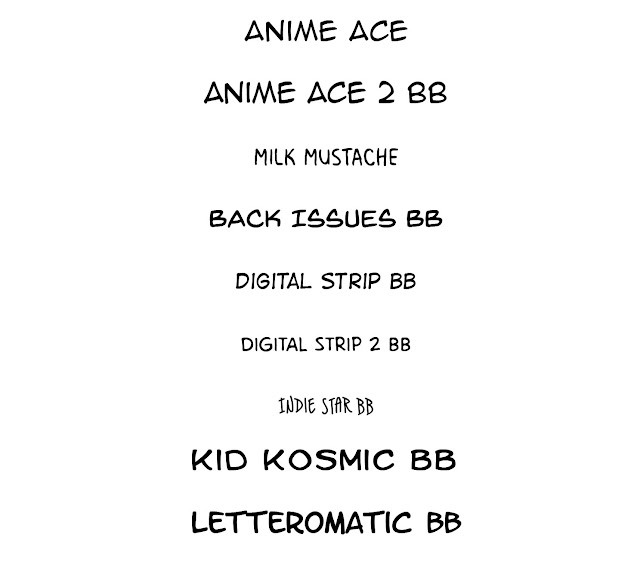 Note:  All of these fonts were lettered in the same size- 60pt.  Font size can vary greatly between fonts.

For dialogue fonts, you generally want a sans serif font, with the exception being Capital I's, as non serif I's often read as lowercase L's.  Dialogue fonts should be easy to read at a glance.  Dialogue fonts can be mixed case (upper and lower) or all uppercase.

Make sure the font you select has a license that allows your intended use.  Not all fonts allow for display on web, or commercial use, so read carefully!  Blambot offers Pro fonts (fonts you pay for) and Free fonts (fonts for indie creators)- you can read more about usage here!

Fonts specifically designed for comics have been kerned and leaded for comics and dialogue.  If you're creating a font, or repurposing a non-comics for for comics, you may want to read more about kerning and leading for comics.

Blambot also has amazing lettering tutorials and resources, so if you're interested in learning more about lettering, please check out their wonderful resources.

Second Opinions and Outside Resources:

7 Free Tools for Creating Your Own Fonts