New York Comic Con was this past weekend, and my friends and I decided about six months ago that it'd be worth the 14 hour car trek to make it. When we made our decision to go, SCAD was going to have a table there, and we'd planned on working as Sequential Art reps at the table. The SCAD table would provide a work area, rest stop, and storage, and we figured it would make our convention experience easier. Unfortunately, we were informed two weeks before the con (long after we'd booked our room and bought our con badges) that SCAD couldn't afford to have a table at NYCC, leaving us out in the cold.

Our major goal for NYCC was to talk to editors, specifically editors from Oni, Top Shelf, Slave Labor Graphics, First Second, and hopefully, Scholastic. Scholastic had no reps there, we saw neither hide nor hair of SLG, and First Second was not reviewing portfolios. We had an impromptu portfolio review from Top Shelf, which was promising for all three of us, and on Saturday, we hauled our portfolios to the con yet again to hit the Oni portfolio review, arriving an hour early to secure our place in line. I plan on going over that portfolio review in more detail a little later on, in an entry about preparing for editors.


We left around 6 PM Wednesday evening, the car cram packed with luggage and people. Heidi did most of the driving (she's a bit finicky about her car), and we stopped for the night at 6 AM, crashing at a Travelodge about two hours away from our destination (a Ramada in Newark, New Jersey). We resumed driving around twelve, and made it to the Ramada at two. We picked our hotel due to price (about sixty per night, split between three girls) and location- a shuttle took us to the airport parking center, where a monorail took us to the Newark Airport, where we caught a train into New York. 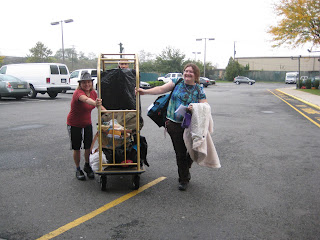 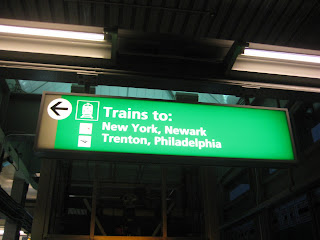 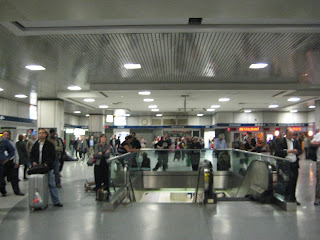 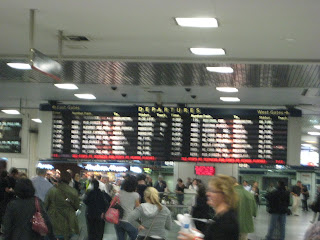 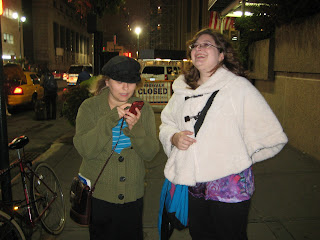 We purchased round trip tickets all days but Sunday at 25$ a pop. On Thursday night, we mostly recovered from driving, heading into the city around seven to check out Time's Square (my first time) and the huge Toys R Us. 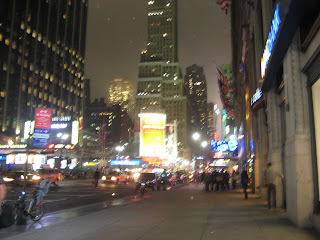 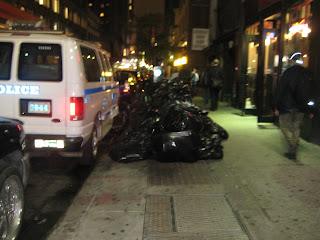 On Friday, we lugged our portfolios to the convention hoping for reviews, and only managed to get one from Top Shelf, although we got business cards for a head editor at Viz. NYCC is an overwhelming, poorly organized con that's a mishmash of mainstream, anime, and indie with little to deliniate where one section ends and the next begins. The dealers room is mixed in with the showroom, and on display were several stages with huge speakers blaring awful dance music. Con staff are few and far between, many have no idea what's going on, and the con funk was a mixture of feet and popcorn scented barf. We ventured into the Artist Alley to get our Johnny Wander books signed by Yuko Ota and to purchase Tiny Kitten Teeth prints from Becky, and I purchased a copy of Fenix Gear from Zack. 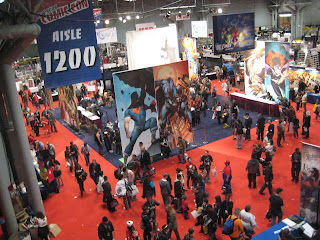 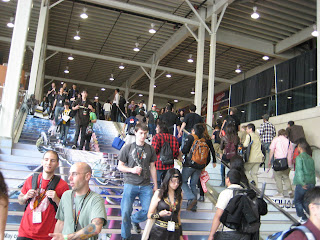 On Saturday we went over early to get our portfolios reviewed by Oni Press editors. The review went well for us, but many behind us in line were disgruntled by the fact that Oni ran out of time slots (not Oni's fault, the website clearly said one hour, and Oni wanted to actually look at portfolios, not hand out asspats by the minute). After our review, we went to grab a bit to eat in the city, went to check out Kinokuniya (which is rather like a real life Jetpens, but with a less extensive selection), and met up with Eric. We returned to the con, changed into our Dr Who costumes, and wandered around killing time and enjoying ourselves. We eventually ended up in what was left of the Anime Artist Alley, purchased a few comics, and took in the sights.


We left around noon on Sunday, arriving in Savannah around 3:45am Monday morning.

My overall impression for NYCC: It would be worth the time and hassle if more editors were doing portfolio reviews. The whole reason we went to NYCC was to get our work looked at and begin developing relationships with the editors we'd like to work with. Talking to Oni Press is always a pleasure and I can't express enough how awesome Jill and Chris are, and how much I hope to work with them in the future, but I'm disappointed that First Second wasn't looking at portfolios and Viz didn't even have any editorial staff there to answer questions. I don't ever want to drive to NY again (we're talking sleeper train for MoCCA), and I am not impressed by the city of New York itself. There are cities I've loved at first sight (San Antonio, Savannah, and some parts of New Orleans) and cities that are just too full of themselves, too commercial, and too busy to ever lure me to stay (New York, the rest of New Orleans, Atlanta). I hated hauling my stuff all around the city (several of my sketches've gotten damaged), and I can't do the crowds.