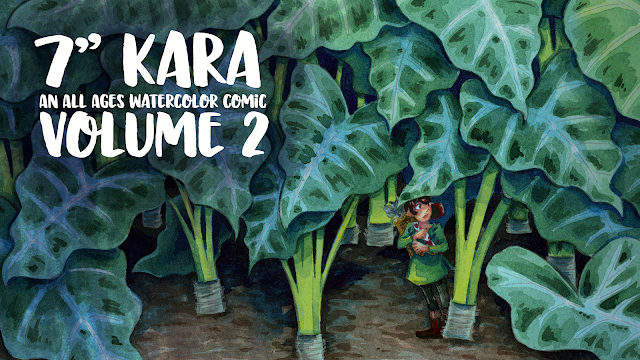 And I am super excited!

I've been talking about 7" Kara Volume 2 A LOT, and have been steadily working towards launching the Kickstarter for awhile.  In fact, my work on 7" Kara has been the inspiration behind both the Intro to Comic Craft series and the Watercolor Basics series, and I hope they have inspired you to try watercolor and pursue your own comic goals. 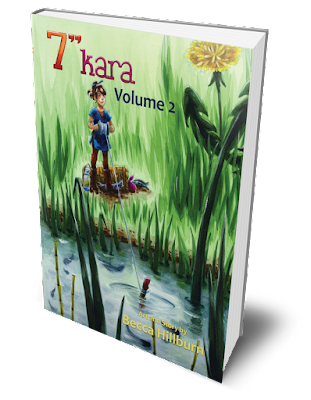 A 3D mockup of what 7" Kara Volume 2 will look like.
I have lots of awesome tiers (pledge packages) for people interested in supporting 7" Kara!  You can pledge and receive pdf copies of Volume 1 and 2 (readable anywhere- phones, tablets, computers!), print copies of Volume 1 and 2, original watercolor art and custom inked sketches, adorable wooden charms!  I'm also putting together packs for homeschool and classroom use- activity packs, coloring pages, and even virtual classroom visits!

I realize some of y'all might be new to Kickstarter, but may have heard of it.  Kickstarter is an online platform that allows individuals to help fund projects and ideas they're excited about.  A Kickstarter can be held to fund a new tabletop game, to help an indie studio finish an indie video game, to help musicians fund the recording and editing of a new music video, to help raise funds and attract further investors to tech projects, and of course, to help fund comic projects!

I'm Kickstarting Volume 2 of 7" Kara to offset the costs of printing Volume 2 in bulk.  I've talked about using Print on Demand CreateSpace (owned by Amazon) to print Volume 1 in the past, but the cost of printing Volume 1 this way is too high to allow me to earn income from the sales.   I have also personally sold almost every copy of 7" Kara sold- and while that sounds charming, it really means that I'm paying a lot of money and time to table at conventions in the hopes that I can sell a few copies of 7" Kara.
Kickstarter will allow me to crowdfund the necessary upfront funds to print Volume 2 in bulk, which affords me a much lower individual book price.  This also allows me to offer Volume 2 at a more reasonable price to fans and customers.  If the Kickstarter goes well, I'd also like to reprint Volume 1 through an offset printer, and print Lilliputian Living (my Lilliputian worldbuilding zine) as a small perfect-bound book. 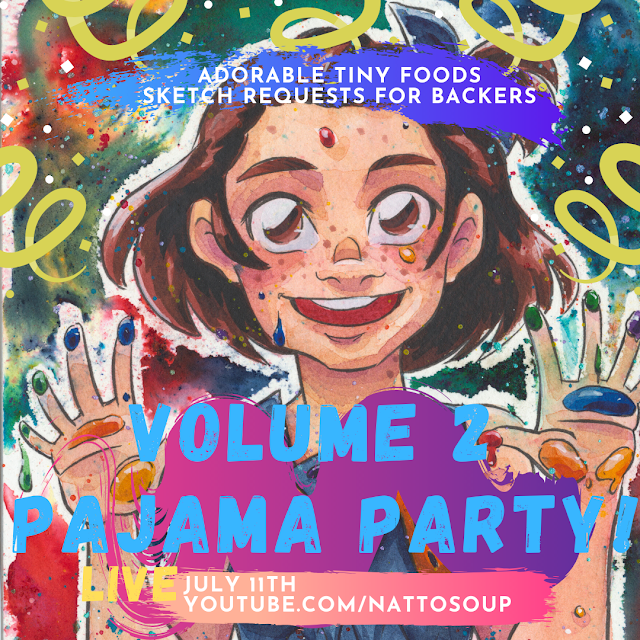 On Launch Saturday, I'm hosting a virtual Pajama Party on Youtube to celebrate the launch.  First day backers at the $25 Volume 2 Physical Book tier (or higher!) get free sketch requests all stream long. So if you want to see your character or portrait drawn live, back on Day 1!
Email Post
Labels: Kickstarter