Sparkle Supplies: An Overview by Kabocha

Hey friends!  Kabocha back, this time with a topic near and dear to my heart- sparkles and all that glitters!  Over the years, not only have I made sparkle-tastic brushes for use in Photoshop and CSP, but I've dabbled and doodled with glittery paints and pigments.

Everyone loves to add a little shine to their work, and it's no surprise that you, too, might wonder, "How can I get my work to sparkle in the sunlight?"
(Or maybe you don't. That's fine too.)

Now, before you start saying, "But Kabocha! You didn't include my favorite supplies!" -- this list is primarily from my own experience and research. When I work with traditional media, my primary supplies are watercolor and alcohol markers, with some papers.

I'm considering this a curated list, so this isn't going to contain everything under the sun. Just so you know. If there is further information, I'll include links for you to further explore.

So, without further ado...


Disclaimer: Ratings are subjective and are based on my experience, if applicable.  Some items might be included because they're on my wishlist or something.

Rating:  ✨✨ (2 sparkles)
These pens are water and glycerin based. They're nice! I honestly wanted to love them.
I have a hard time getting them to feed, and then when I do get glitter to come out, they drip.  Maybe I just have crap hand strength from carpal tunnel, so when I apply some, I apply too much?
Either way, they're perfectly acceptable glitter content. 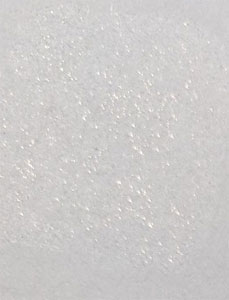 I swatched these in December 2017, and have observed no serious yellowing over time, unlike the next item I'll talk about.

Rating: ✨ (1 sparkle)
These are not archival safe.  These pens yellow. They glitter, but they're not great for something you intend to keep long-term. 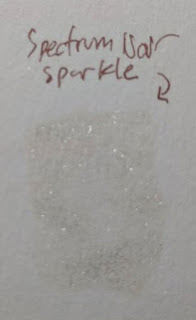 I did swatches of them on some Union Square mixed media paper in early 2017 -- and after about 6 months, they started to yellow.
Why?  Glycerin, after time, just... yellows. It's part of how it breaks down in reaction to oxygen.  So, this is great for short term projects, or maybe mixed in with paint -- but on its own?

Rating: ✱ (Haven't used)
So, in the interest in full disclosure: I've used the Uni Ball Signo Rainbow pens. Which were available in 2002/2003, if memory serves.  I still have my set, but my main complaint with them is that they clog.  A LOT.
Are the Sparkling pens different? Hell if I even know.  After my experience with the Rainbow pens (and other glittery gel pens), I'm not inclined to give them another chance.

Rating: ✨✨✨ (3 sparkles)
I like these. I would recommend these.
Sakura's pens write pretty smoothly, and I've very rarely had any problems actually using them.  I tend to use these for writing notes to folks!
If you DO get these, store them point-down or on their side.  Just a warning.

Set A | Set B
Rating: ✨✨ (2 sparkles)
I am indifferent to these.  Heresy, I know. The nibs are TINY, which is okay for detail work, but there's not anything larger!  They sparkle, they don't clog... But... I can't bring myself to care. The colors are all right, but if you try to layer them, you're going to bite into your paper a fair bit.
They are pigment based, and resist water pretty well.
As much as they were hyped, I feel like they're not as good as people made them seem.

Rating: ✨✨✨ (3 sparkles)
There are smaller sets of this to buy, of course!  You can also get larger bottles of Pearl Ex pigments. (Pay attention and don't pick up the dyes if you're aiming for sparkly stuff!)
I've mixed the Pearl Ex pigments with Gum Arabic and water to create watercolors.  If you're looking to make  your own iridescent medium? I'd say use the Macropearl, which is more along the lines of the pigment size found in Winsor & Newton and DaVinci's' iridescent mediums.
The other colors are a little harder to mix, But overall work out decently.
Since this is a powder, you can mix it in with other types of media, such as acrylics or oils.

Rating: ✱ (Haven't used)
Out of all their dry pigments, I really could only find one which was iridescent. Sennelier is, in general, a very expensive paint brand, but a little bit does go a long way...

Rating: ✱ (Haven't used)
I... have no idea how good or bad these are, but the color variety alone is enough to make me want to test these.  They're mica-based, and look all right. 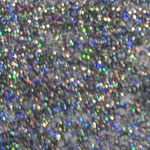 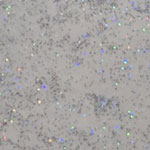 This stuff, sparkles like you would NOT believe.  Also, you can mix it with gum arabic and create a suspension that can be applied to illustrations. I haven't tested this long-term to see how it holds up, but to be honest? It's cool for the short term effect!
I mixed this with Qor's watercolor medium.  The pigment does clump up a bit, so I suggest going for a light application.

Rating: ✨✨✨ (3 Sparkles)
This was my introduction to sparkly art supplies. Before this, I'd expected that if you wanted anything to sparkle with your paints, you'd have to go for crafting supplies, or look in the children's section. Man, was I surprised when I saw A.C. Moore had this. So I bought it.
It mixes very well with watercolor and water-based materials, but I wouldn't recommend it for anything like acrylics.

Rating: ✨✨✨ (3 Sparkles)
I picked this up as a recommendation from my friend Sammi. This comes in a jar, rather than a bottle. It's... Kinda like sparkle goop. Highly effective sparkle goop.
I like working with it - since its got a higher viscosity than the Winsor and Newton medium, you can really pick it up with your brush and spread it around thickly if you need.

Rating: ✱ (Haven't used)
From what I've heard, the American Journey line of art supplies is really quite good -- I just haven't had a chance or reason to buy from Cheap Joe's in a while.

Rating: ✗ (Nope.)
Honestly? I didn't like these at all. In my experience, these dried with kind of a chalky finish -- which I will wholly attribute to the base pigments having filler to them. Unfortunately, I don't personally have any swatches of these, but I do know someone who swatched them...

Rich Pearl Set
Rating: ✱ (Haven't used)
These paints look lovely, but I honestly haven't had a chance to play with them! I should get my hands on them, as they're highly recommended by Becca.

Rating: ✨✨ (2 Sparkles)
Firstly: These paints are super similar to the Jacquard Pearl Ex Watercolor CD set I picked up in 2012.  These are SMALL cases, but holy crap, they go a long way!
These paints are best layered over another color
The only reason these get 2 out of 3 sparkles is because of the size -- they're too small to pick up a lot for a wide wash (unless you're stubborn), but great for small details.  Would recommend picking up.

Rating: ✨✨ (2 Sparkles)
You can find these all over at Michaels, A.C. Moore, and other craft stores!  They're not bad, especially for the price.  The paints are somewhat transparent, and also work very nicely on their own as opposed to layered on top of another color.

Rating: ✱ (Haven't used)
Formerly: Twinkling H20's Shimmering
I used these in their circular jars back in 2012.  I was rather harsh on them -- when made wet, they didn't entirely dry, and stayed gummy for a long time. I also wasn't fond of how they separated when exposed to a lot of water.  They are extremely sparkly, and you get a lot of pigment with them.  They're re-releasing them as pans (and perhaps with a different formulation), so I must mark them as "untested" as I don't know how these changes will affect them.

Rating: ✨✨✨ (3 Sparkles)
These are GREAT.  The duochrome colors are some of my favorite -- their iridescence produces a color shift.  Many colors have a base pigment to go along with the mica sparkles (such as electric blue), but they do have plain interference colors.
My only complaint is sometimes, older tubes separate out into gum arabic and pigment, but... eh.
I would link Daniel Smith's site, but it is unbearably slow.

Rating: ✨✨ (2 Sparkles)
The colors you're looking for in Turner's line are the "Lamé" colors. These are acrylic based, so please don't go into this expecting that they will behave like watercolor. I've tested these by brushing them over marker and watercolor pieces -- they work very nicely! The glitter's a little big, though, so it feels slightly clumpy.  If you're an artist who uses acrylics or gouache, these will probably be quite pleasing.

This is a section which is very, very broad. There's probably too much for me to cover, so I need to stick to a few tried-and-true favorites. You can find more shimmery inks over at Goulet Pens, though!

1670 Anniversary Ink Series | 1798 Ink - Amethyste de L'Oural
Rating: ✨✨✨ (3 Sparkles)
I love these inks! They're great to work with, in any color. My favorites are the Ural Amethyst, Emerald of Chivor, and Cypress Carob. Several of the colors express shading characteristics as well as being shimmery, and are great for washes (as well as writing and drawing).

Rating: ✨✨✨ (3 Sparkles)
There are a lot of colors of these inks -- and they either come with a gold or a silver sparkle, which you can tell based on the cap color. I enjoy playing with these, especially since most of the colors shade very nicely.

Rating: ✨✨✨ (3 Sparkles)
These acrylic inks trend from sparkly/iridescent to more metallic, with pastel colors leaning towards sparkle.  Some colors, such as Birdwing Copper, include an interferance color note, making thm slightly iridescent.  These are acrylic, so while they can be mixed with other media, such as watercolor, once they're applied they're permanent.  (Note: Added by Becca)

If you're looking for digital supplies - I strongly suggest you check out my FREE Photoshop brushes. Because, y'know, I make sparkly things.
Alternatively, you can check out my webcomic, Linked.
Email Post
Labels: inks iridescent metallic pearl sparkle watercolor