Awhile back, I was introduced to the idea of doing an undersketch with markers from Amanda Lafrenais's tumblr (warning: not work safe).  I couldn't find the post that originally inspired me to try it out, but here's one demonstrating the technique.  I've gotten a lot better about not over working sketches while they're still in the blue-line stage (inking my bluelines in my sketchbook has made me a lot more decisive), but the marker is still nice for quickly blocking in shapes.

I didn't want to pull a regular Copic Sketch from my stash, and I'd hoped to modify the Copic to better suit how I sketch, so I opted for a Copic Ciao (cheap!  Doesn't look like the rest of my markers, so it wont get mixed in) and ordered some Medium Round spare nibs, hoping I could replace the chisel nib at the back. 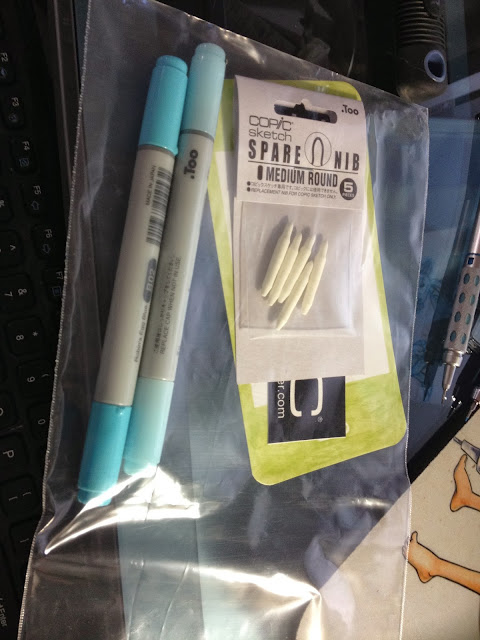 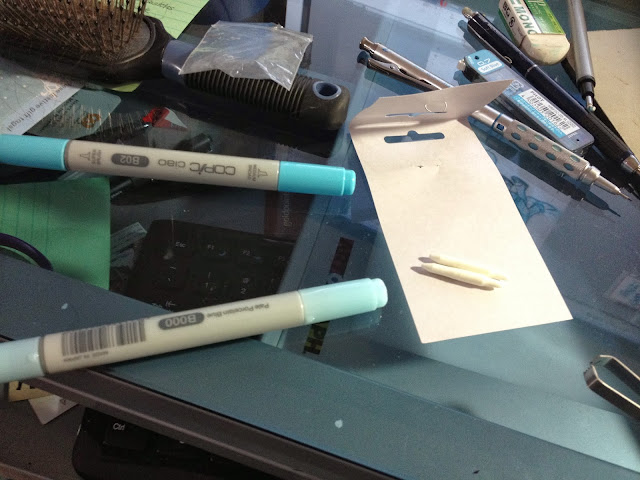 The Medium Round isn't flexiable and I thought it could give me a decisive line, but alas, the hole for the chisel nib is too small to accomodate the round nib properly.  I don't feel like hacking it either. 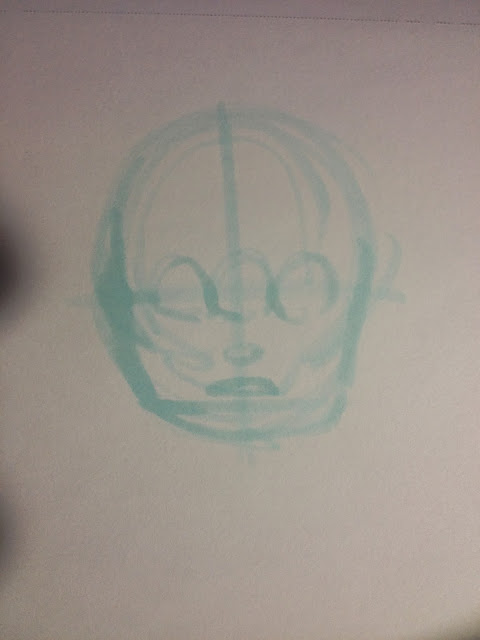 This left me with the Super Brush for sketching, since the chisel isn't particularly juicy and doesn't lend itself for easy sketching.  Reworked areas or areas where I applied too much pressure tend to be dark.  It would be easy for this to become an unreadable mush, I suppose I'm just not at the stage where I could go right to inks from here. 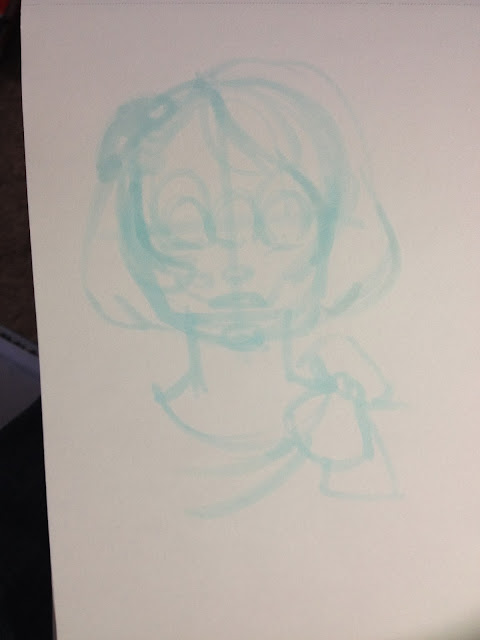 If you're lighthanded, you can do a fair amount of refining though. 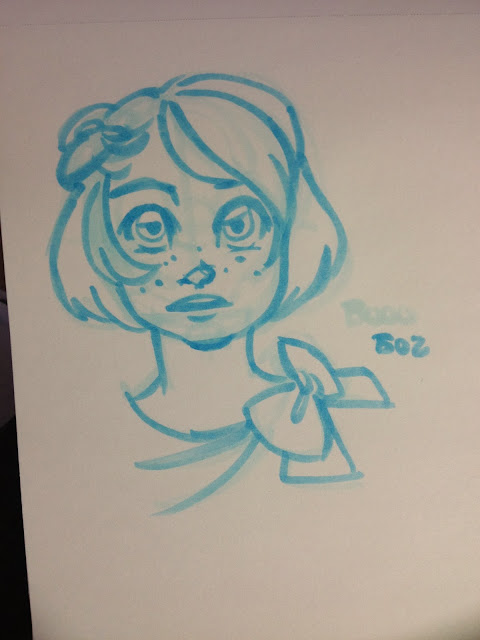 The B02 is a bit too dark to be really useful for what I wanted, but would be useful for refining very large sketches.  It's probably as dark, if not a little darker than, my nonphoto blue lead.

Put into practice, underdrawing with the Copic's B000 serves a similar purpose to sketching with a color pencil for thumbnails.  It allows me to be fairly loose and get a gesture down, then refine it slightly, which is pretty much what I wanted it for. 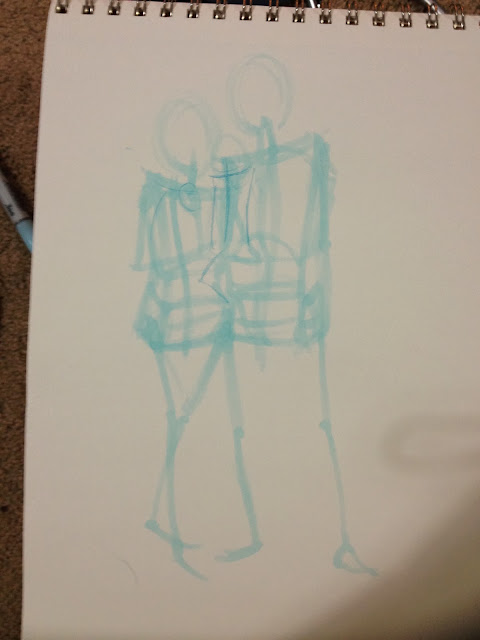 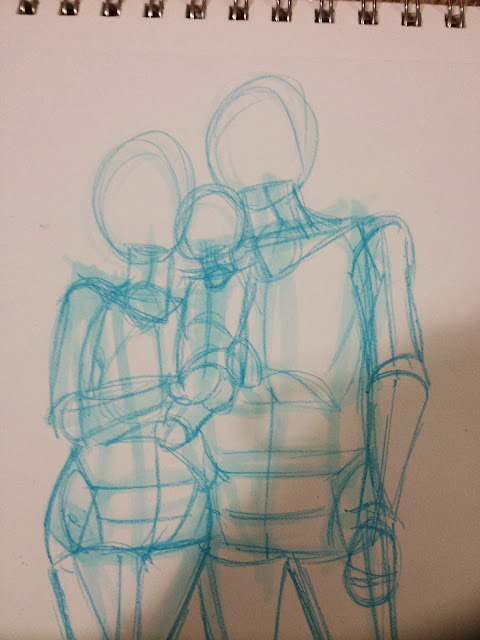 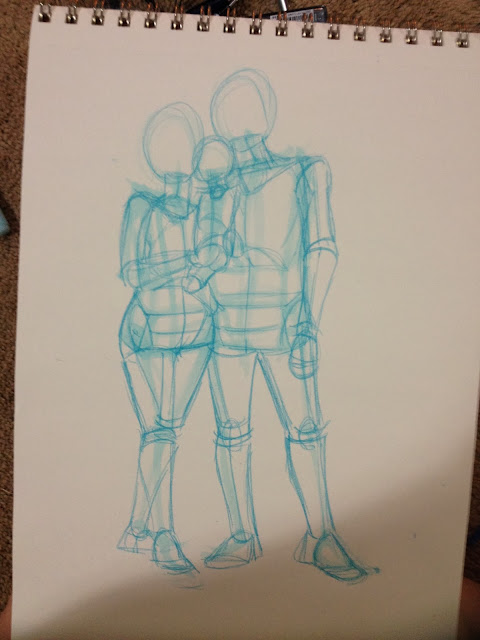 The blue lead goes over the Copic marker with no difficulty, and erases cleanly for refinement.  I haven't tried  markering over this light application of blue marker, I suppose that will be happening soon.
Email Post
Labels: new process process