﻿
My relationship with Pilot is only just begining.  Recently, I reviewed Pilot's Pocket Brush in both Soft and Hard, and while I wasn't entirely bowled over by Pilot's lineup, I was certainly willing to give more of Pilot's products a shot.
While at Pla-Za recently, I spotted this Pilot Bravo! in the pen display, and decided to give it a shot.  A quick uncapping at the store revealed a tip that MIGHT be fude like, and I figured I'd give it go.  Part of me really hoped that the Bravo! was a step towards art supply stores like Pla Za offering a wider range of art supplies﻿, including Japanese stationary supplies. 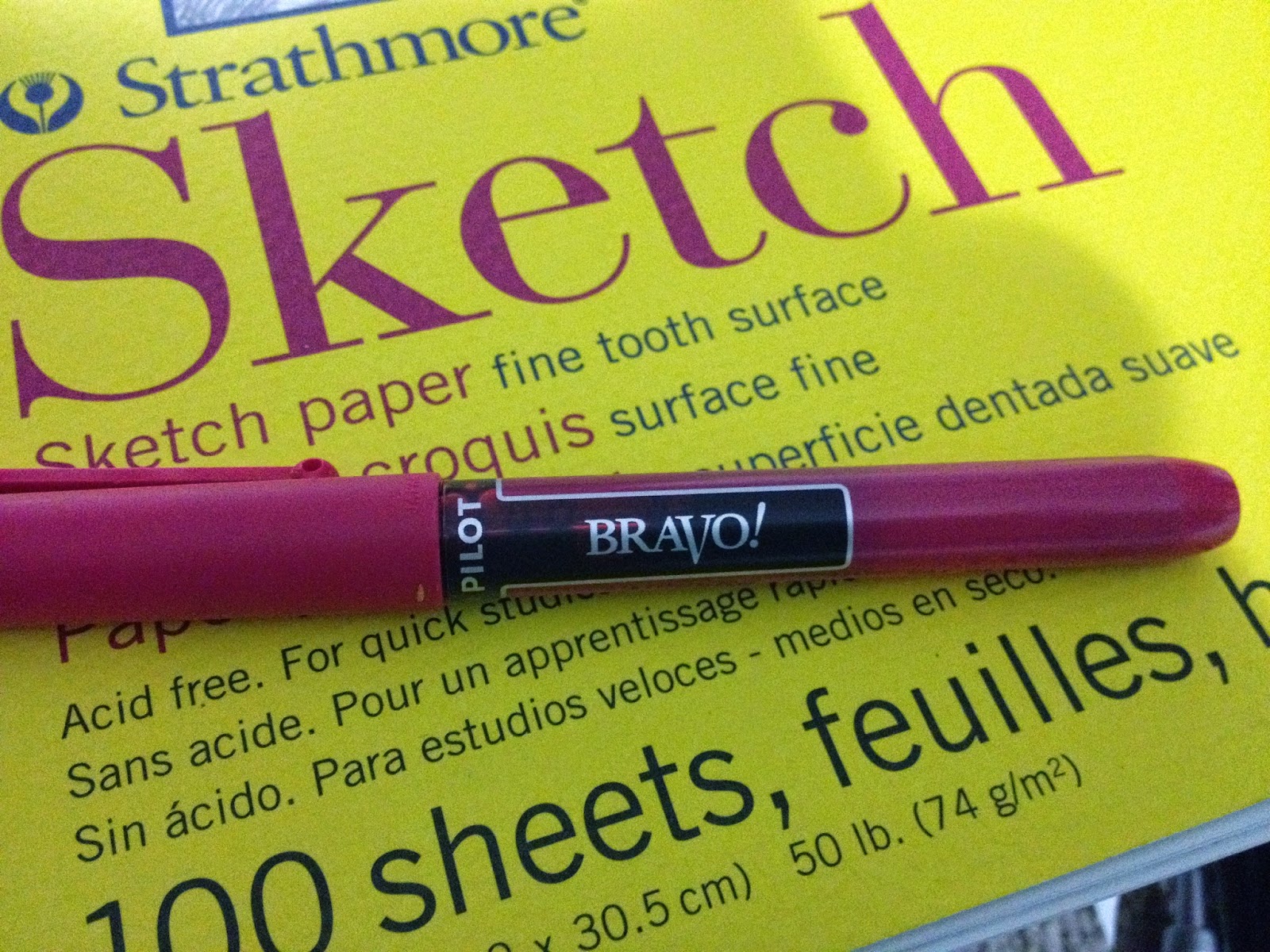 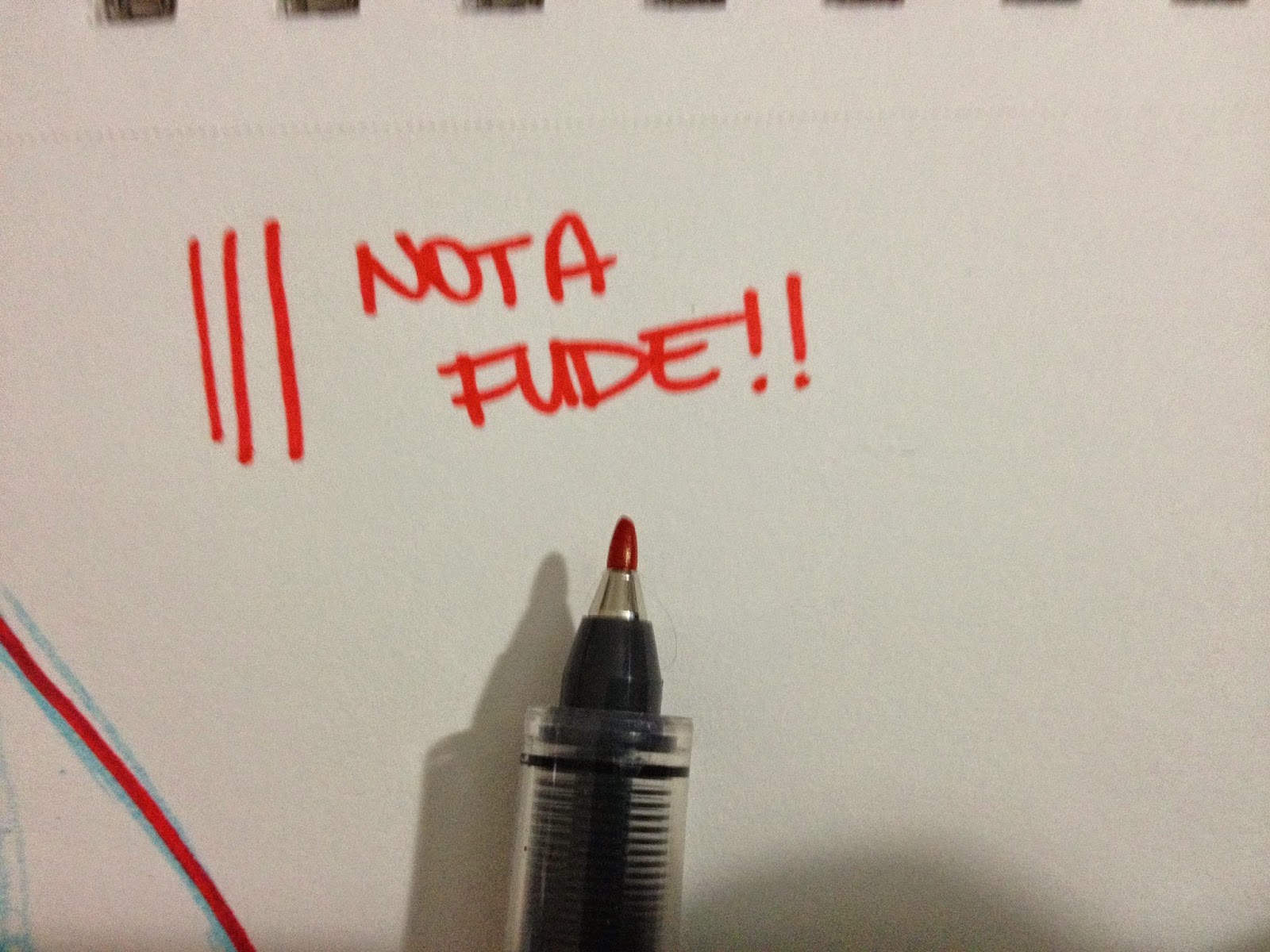 Unfortunately, the Pilot Bravo! is not a fude pen, and unfortunately it does not mean we're going to start seeing fude pens in art supply stores (although the Pentel Touch, which IS a fude pen, is currently available at DickBlick, if you happen to have one in your area).  This tip, which looked like it MIGHT be flexible, really isn't, and there isn't much variation in the lines it produces.  Even pushing fairly hard, it provided too much resistance to give me a heavy line.﻿ 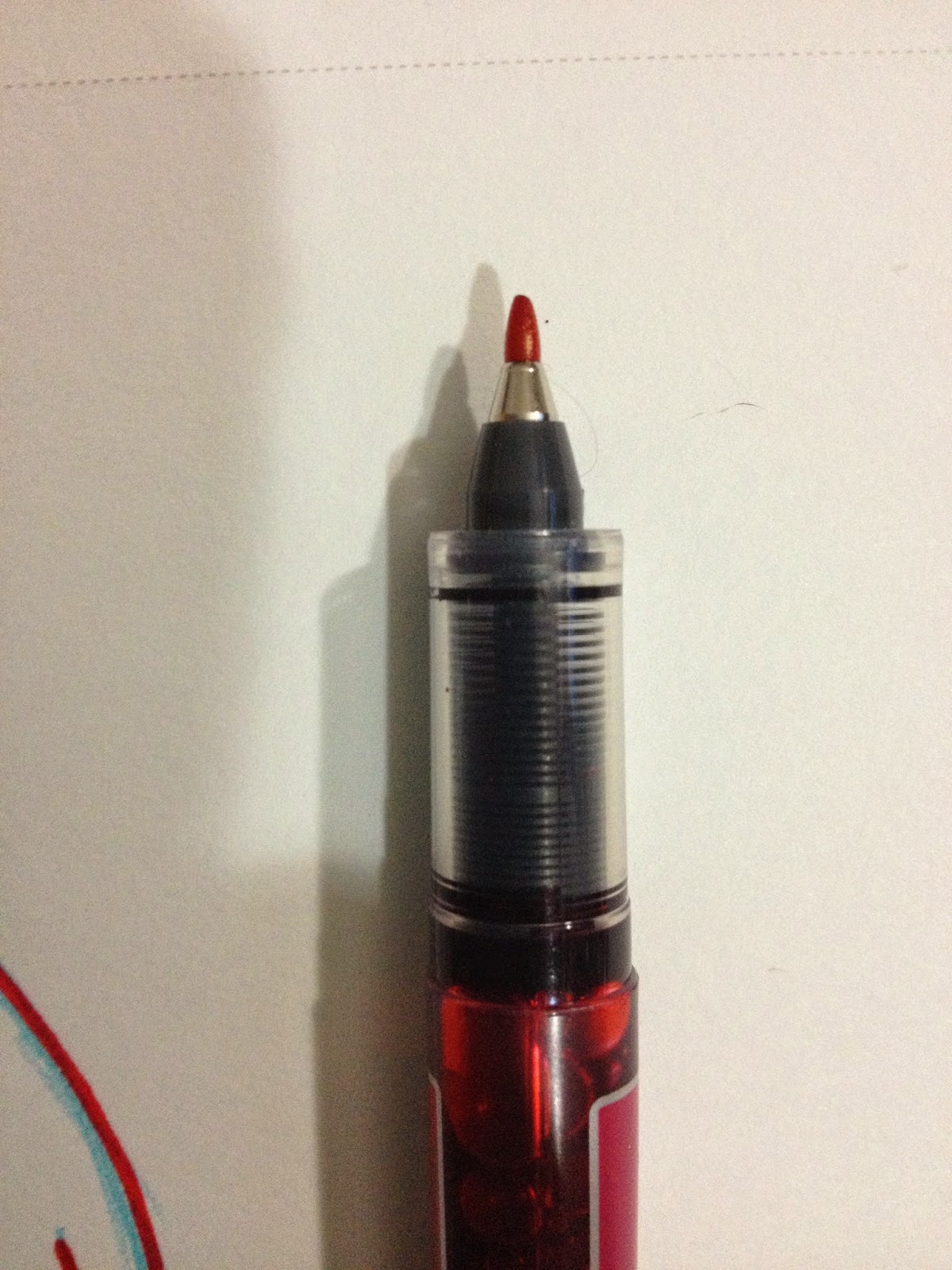 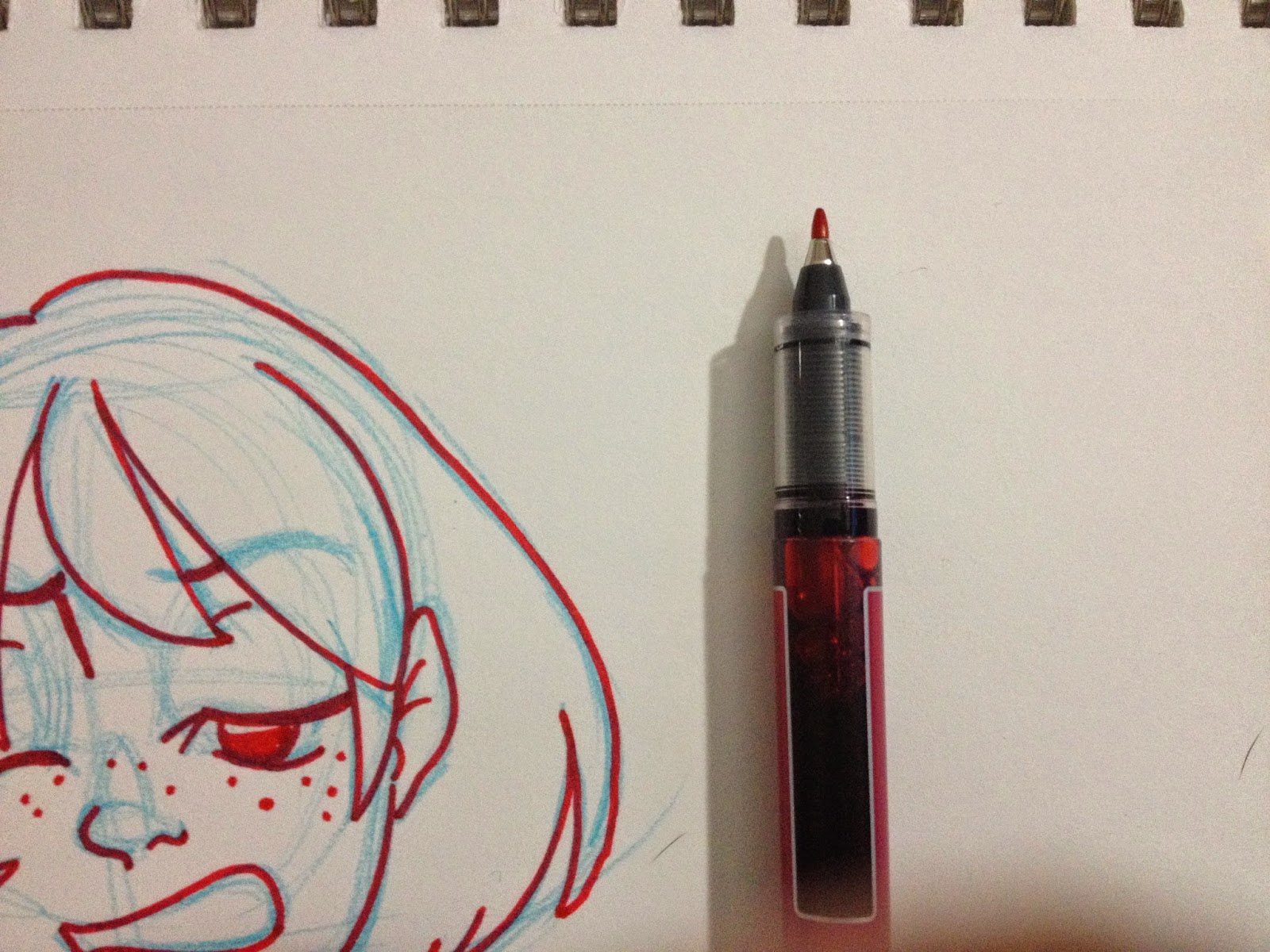 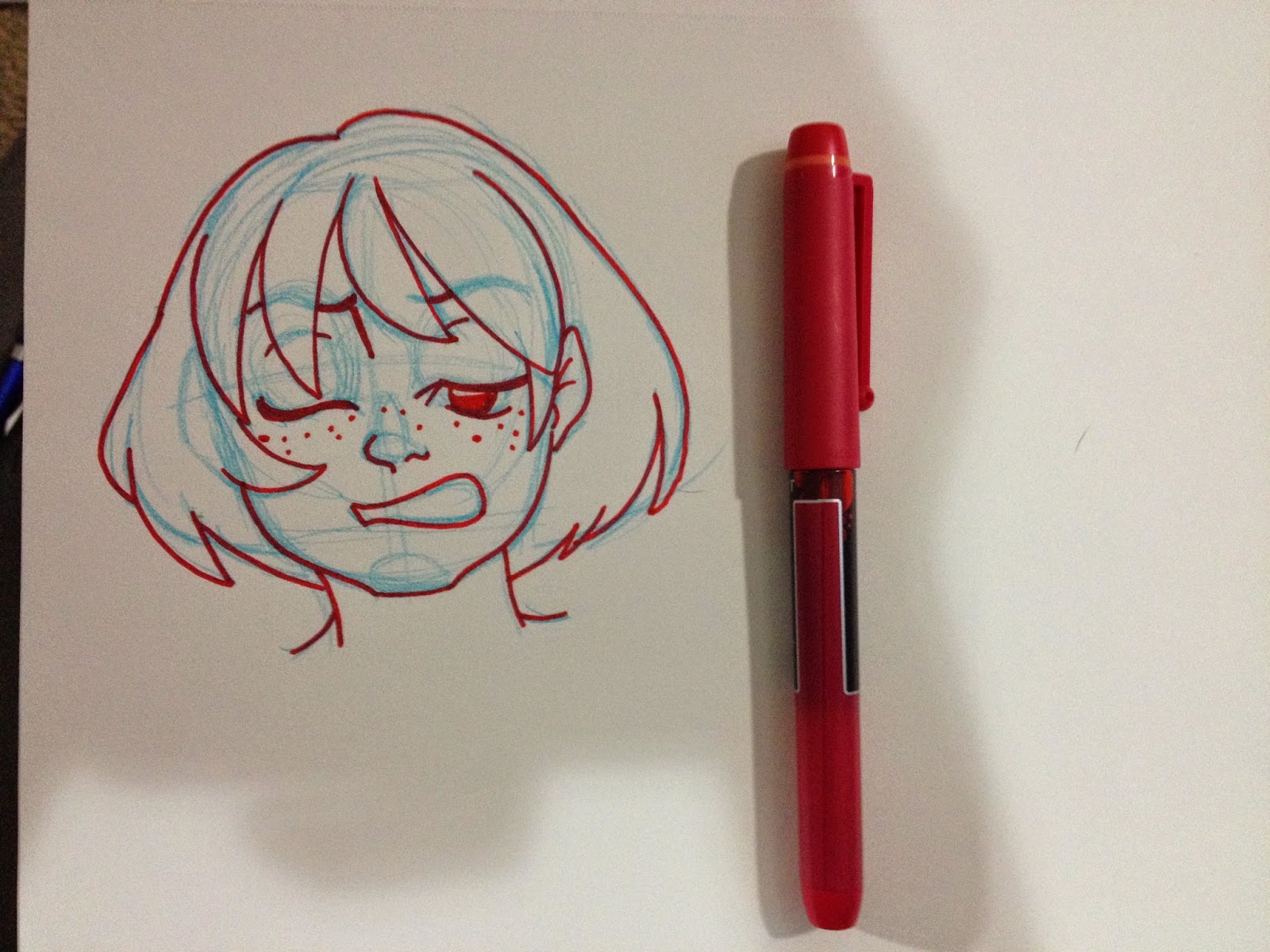 The Pilot Bravo! makes for a decent doodling or writing pen, especially if you want a thick lineweight.  It's available in three colors- Black, Blue, and this 'Red' (which is really a pink).  The Pilot website claims that it wont bleed through paper (though it's probably difficult to read double sided notes written in this pen on looseleaf), and won't dry out even if left uncapped, but I don't plan on testing that.