After noodling about with Copics in my sketchbook, I was curious about other pens that could be used to add a little life to my sketches.  You guys have probably already read my review on the Mitsubishi Pure Color-F sign pens, so you know how some of my ventures have fared.

I ordered the Pitt Brush Pens in Shades of Gray because I've used the green super brush in the past to shade my work in conjunction with fude pen inks, and was fairly satisfied with the results.  I figured if I liked how these worked, I could add a new dimension to my sketches.  You can get the set of six for $15.50 on Jetpens.

A look at the pens

Pitt makes a variety of brush and technical pens that many comic artists utilize for inking.  One of the selling points of the Pitt brush pen is the brush tip, but it's quick to fray.  Many artists salvage their still-full pens by sharpening the brush by flipping the nib.

I don't use Pitt Artist Pens often enough to justify flipping the nib, but if I started using Pitt pens to tone, that nib salvage technique might come in handy.

The ink in Pitt Pens is India Ink, which is waterproof once fully dried.  Although it's available in a wide variety of colors, I was mainly looking for toning, not color.  If you're interested in colored toning, Jetpens offers a number of sets sold by color family 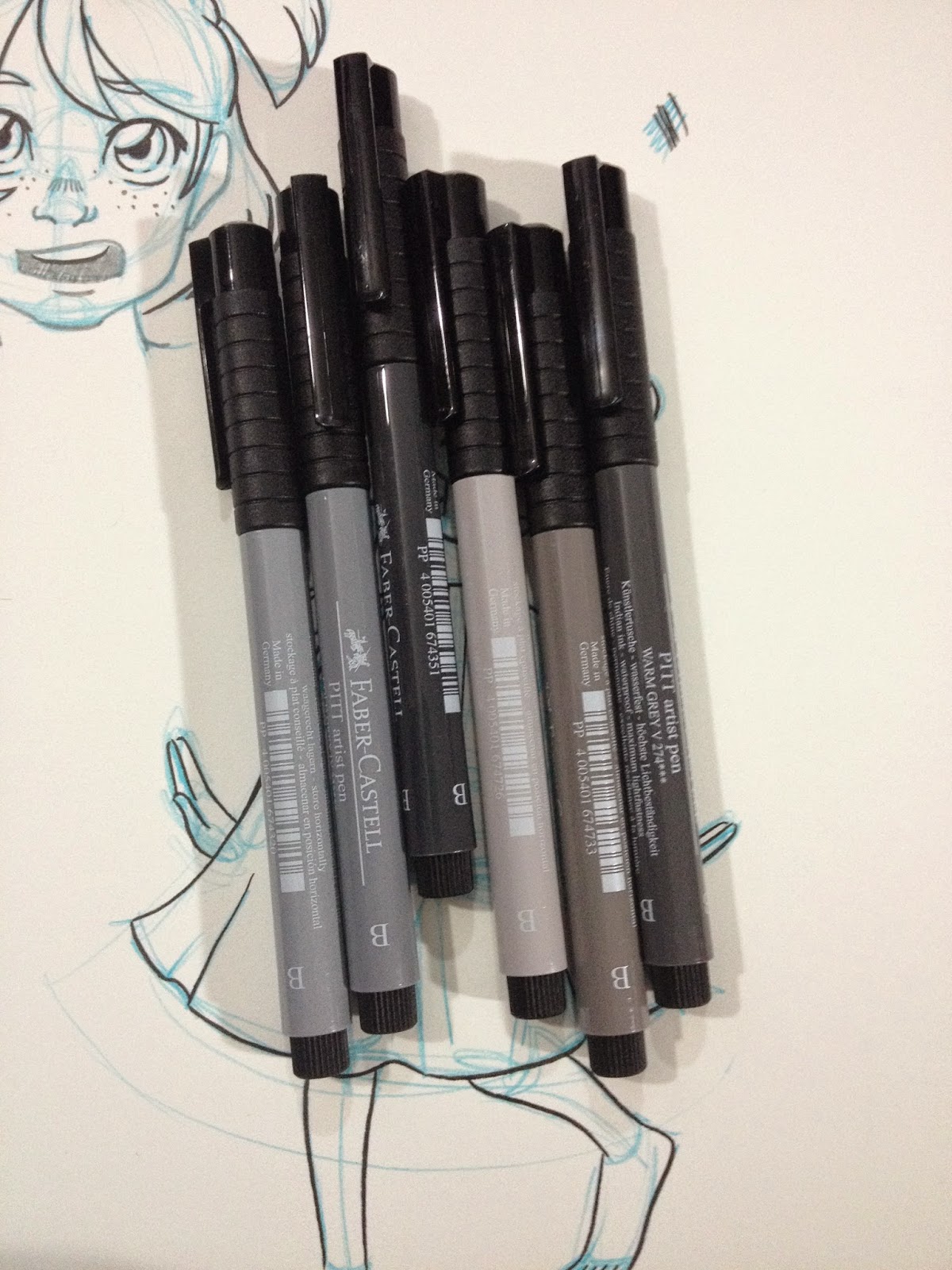 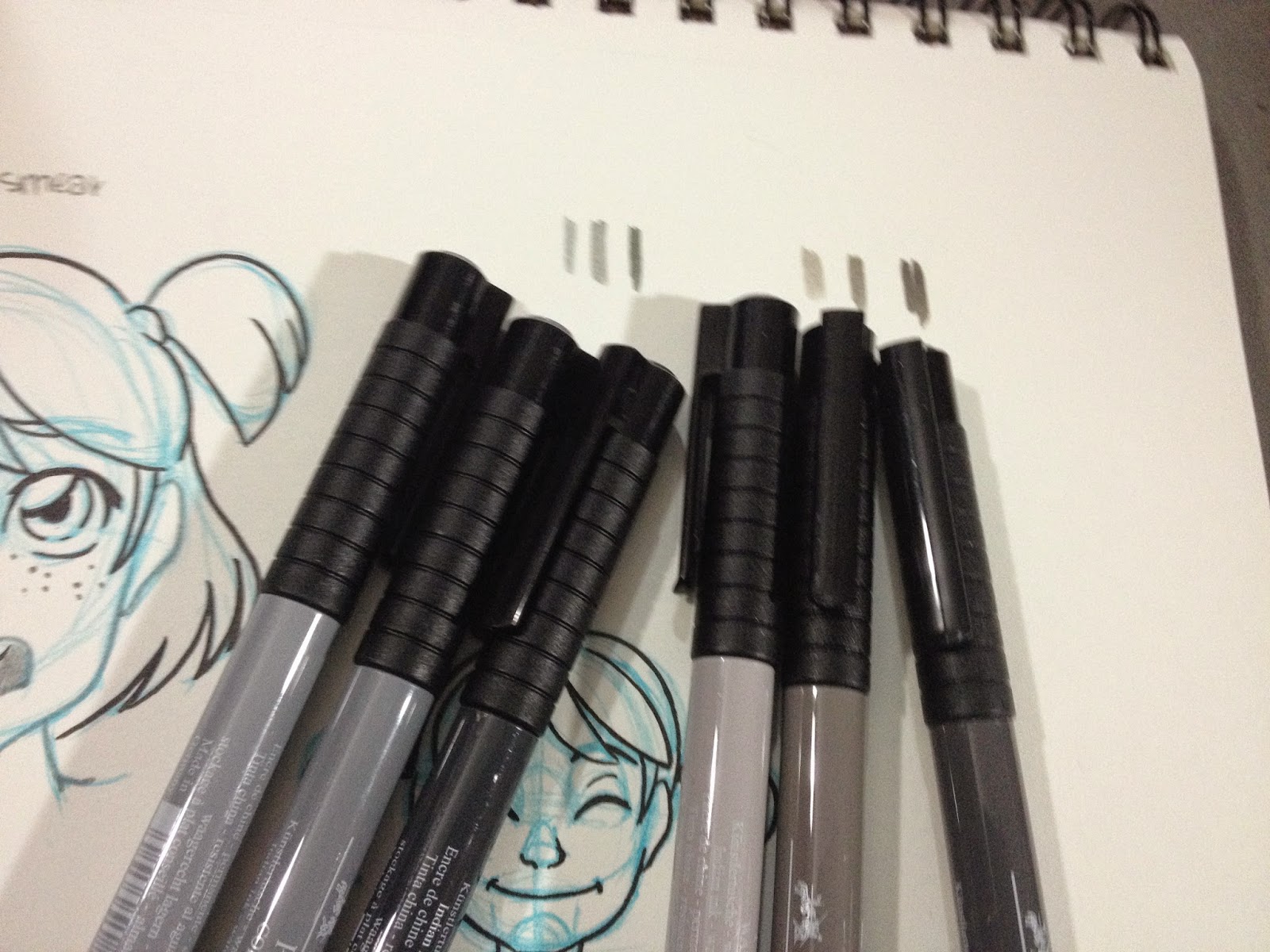 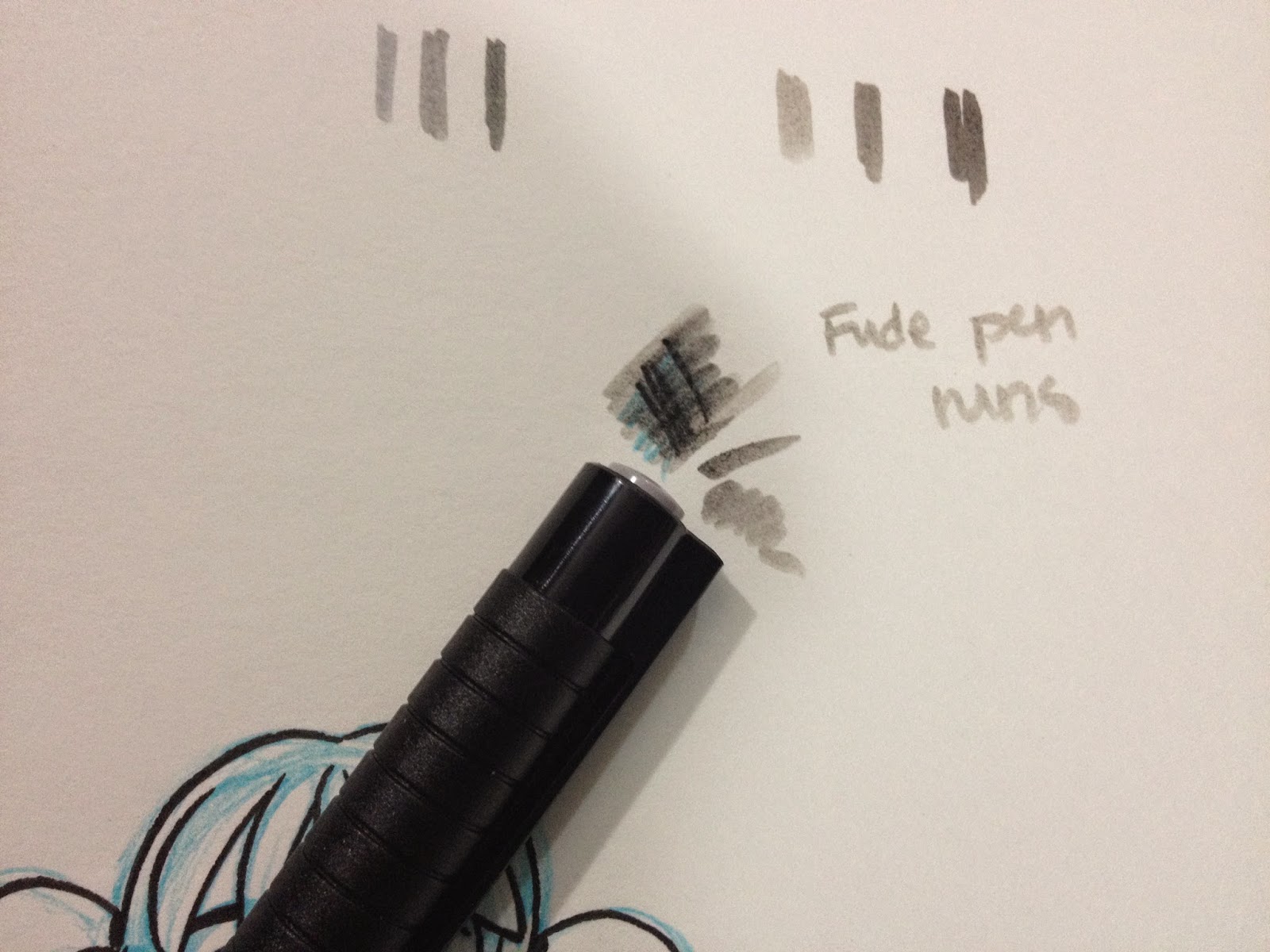 Unfortunately, preliminary tests of the fude pen's ability to withstand Pitt Pen application were disheartening, and I abandoned the idea of using the pens AFTER initial inking, despite having prepared a test and allowed it to dry overnight. However, after noodling with the Fudebiyori pens (post to come!), I realized there's another way to handle gray toning- tone first and ink after!

So for this to work, you need to start with an uninked lineart. 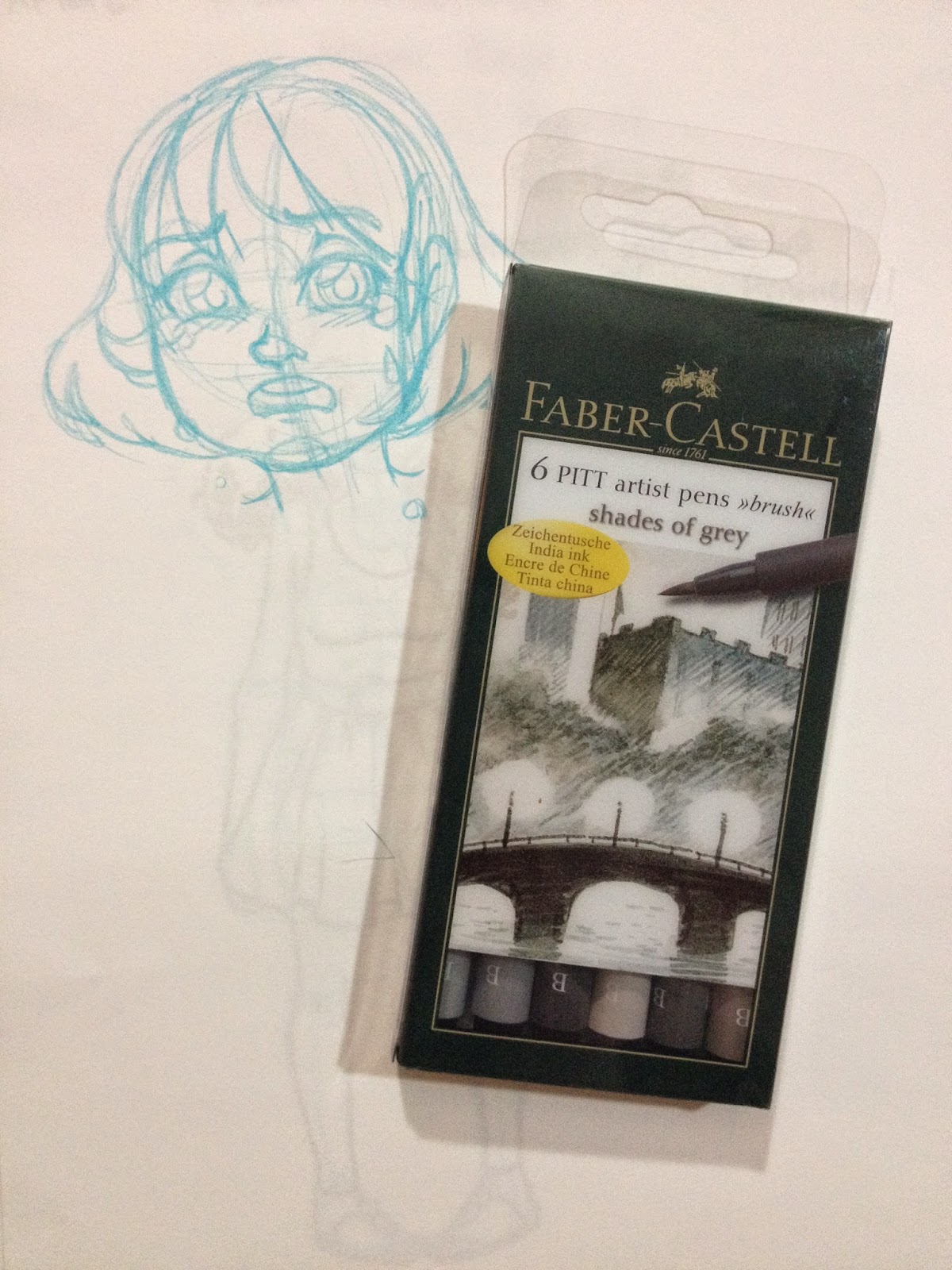 I'll be using the cool greys for this test, so I went ahead and pulled them from the reusable plastic wallet the Pitt Pens came in. 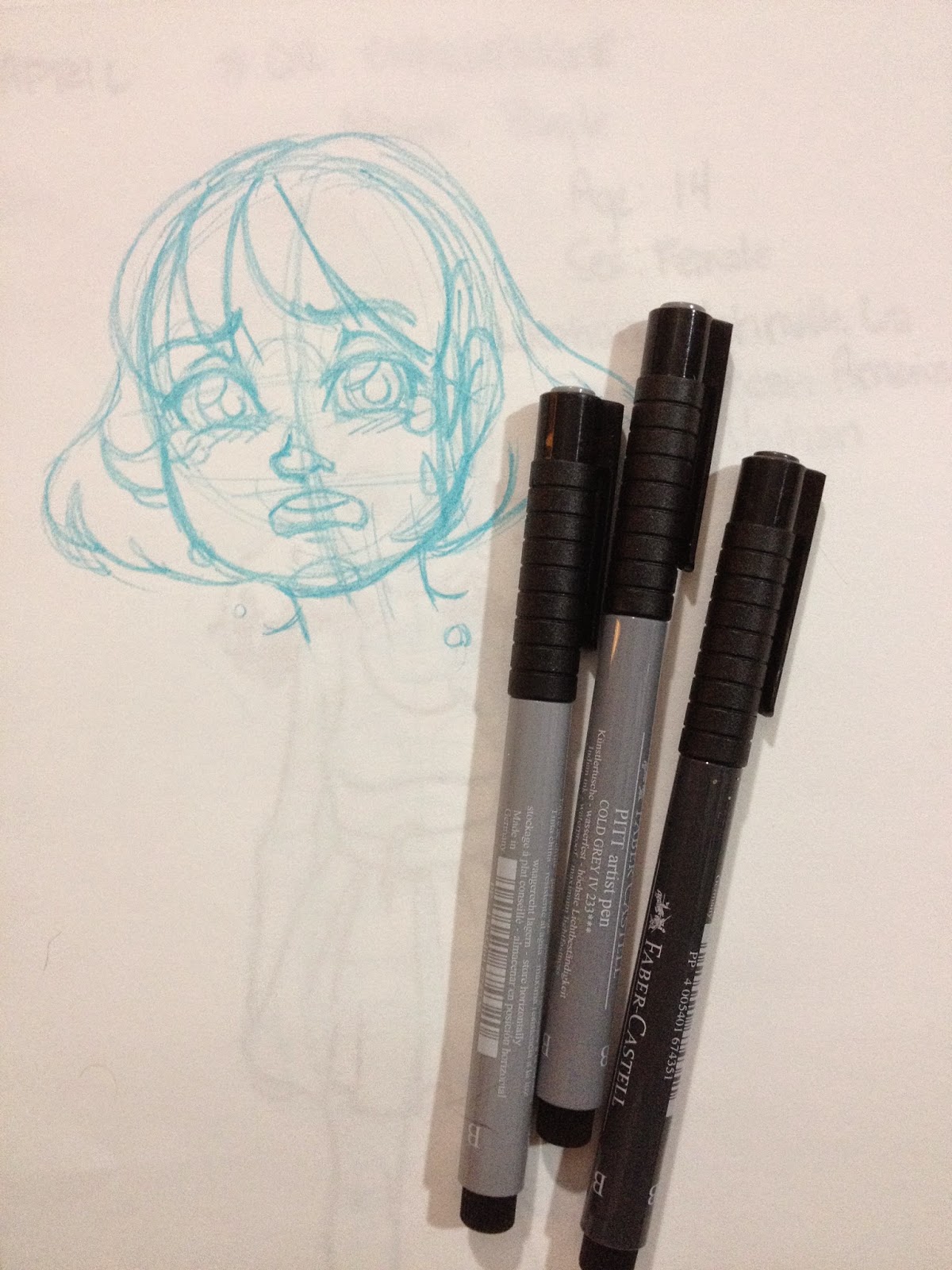 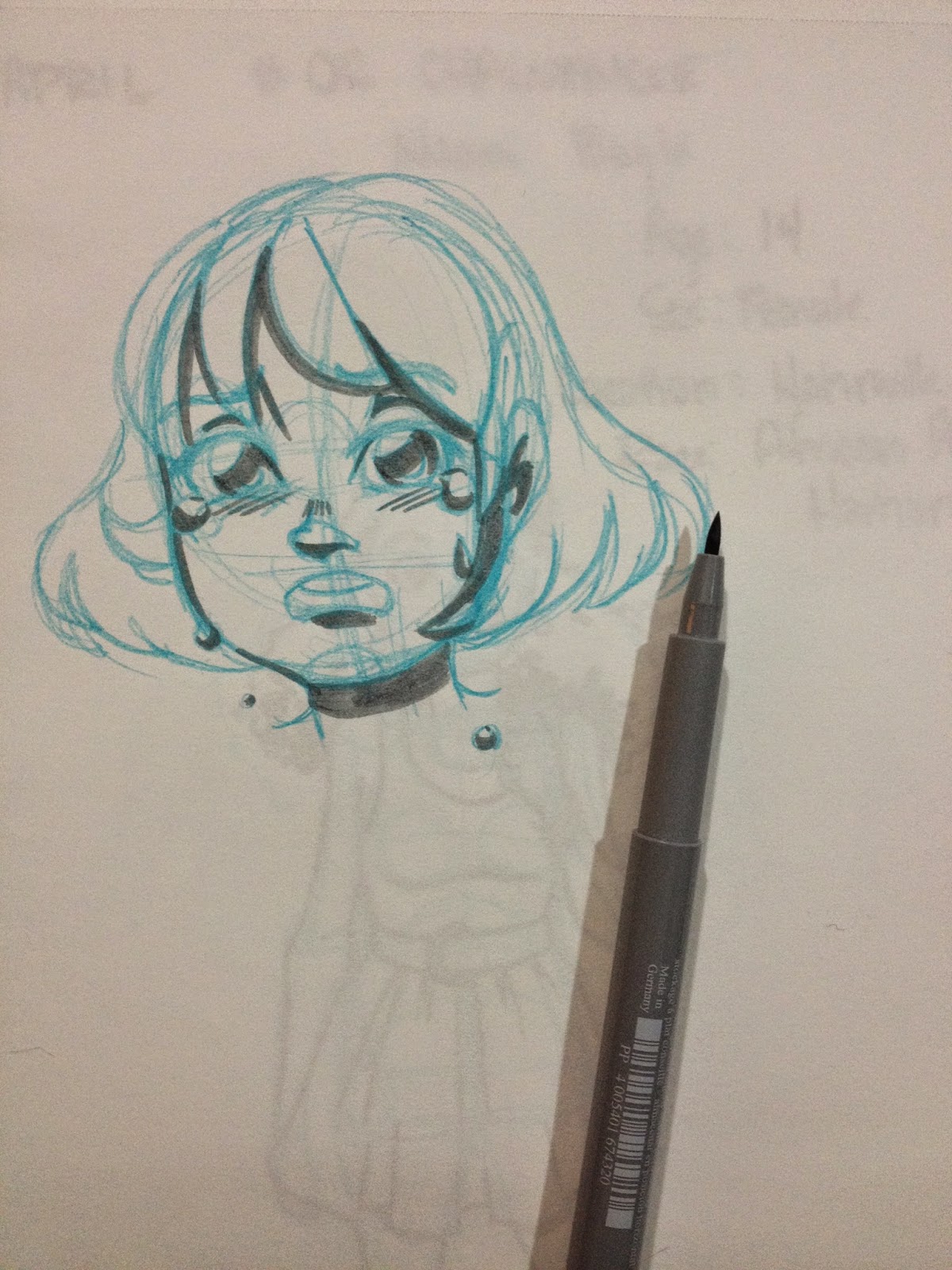 I then started to fill in the next layer of tone with the medium grey. 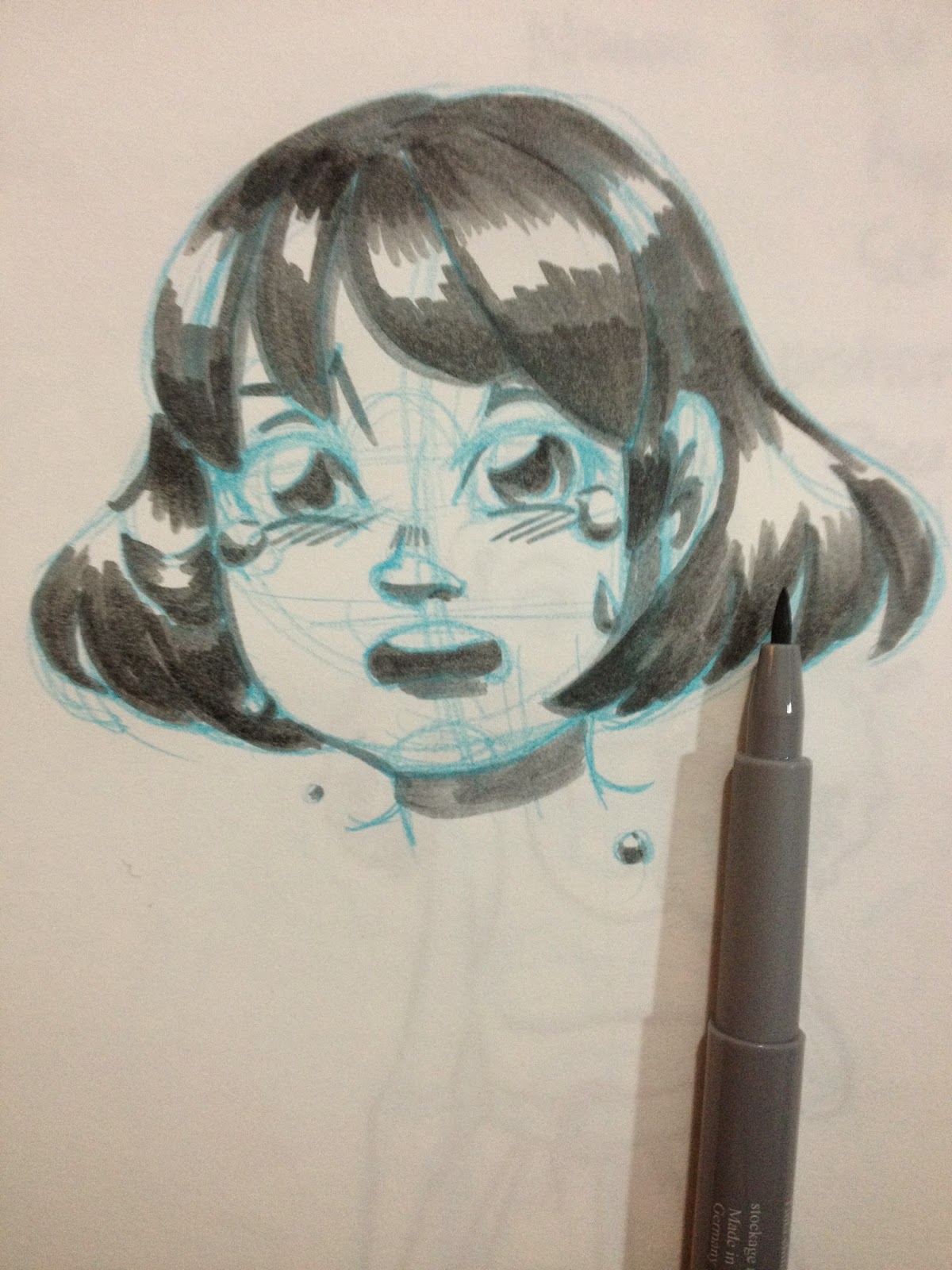 The ink used for the Pitt Pens works well for layering, which makes the lightest grey's dark hue even more unfortunate.  With the right distribution in hues, you could theoretically achieve a huge spectrum of grey with just these six pens, but since the lighest pen is already very dark, it's difficult to tone many skintones and lighter shades like whites and yellows. 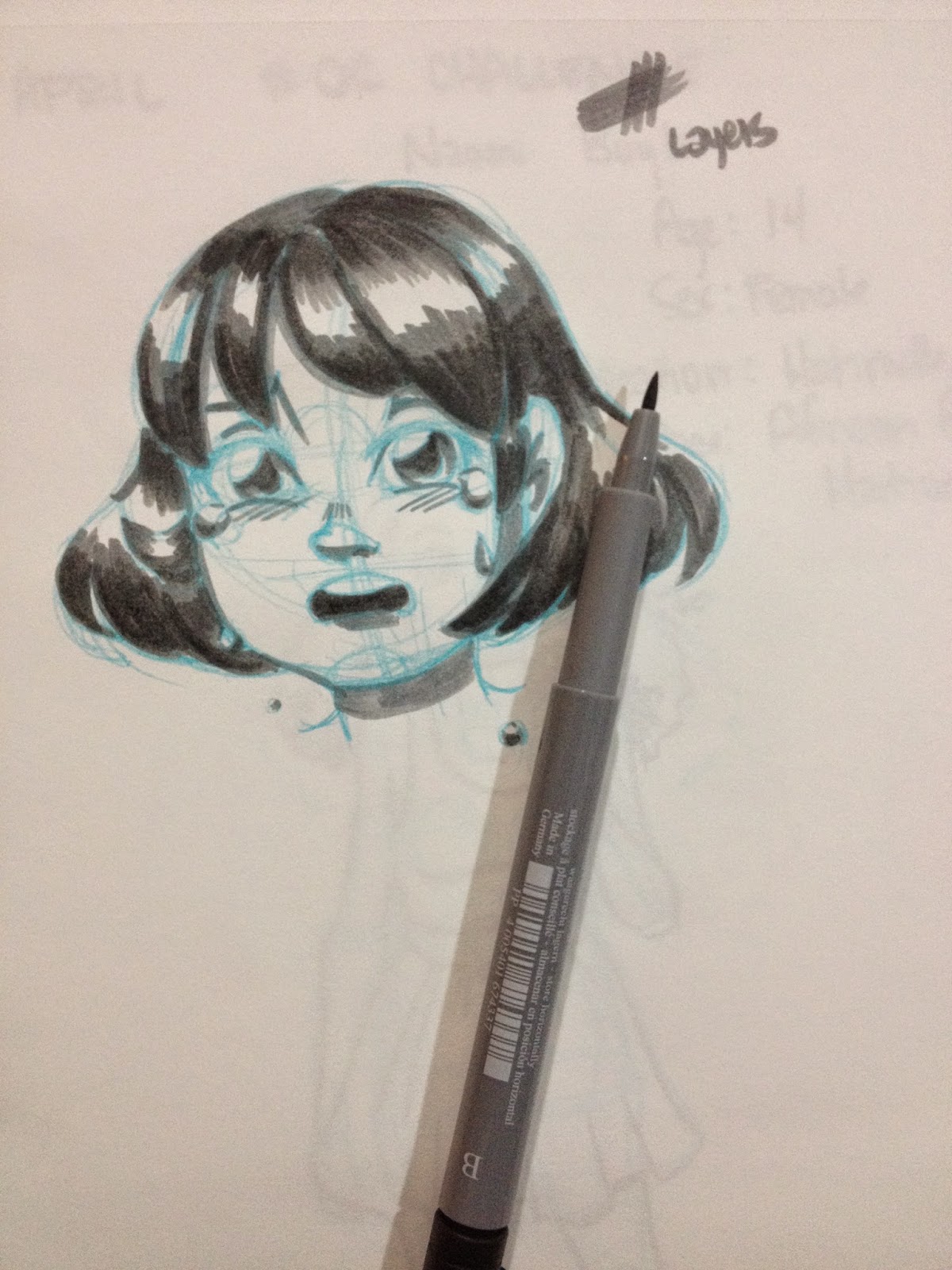 Finally it was time to apply the final layer of grey with the darkest pen in the cool grey spectrum. 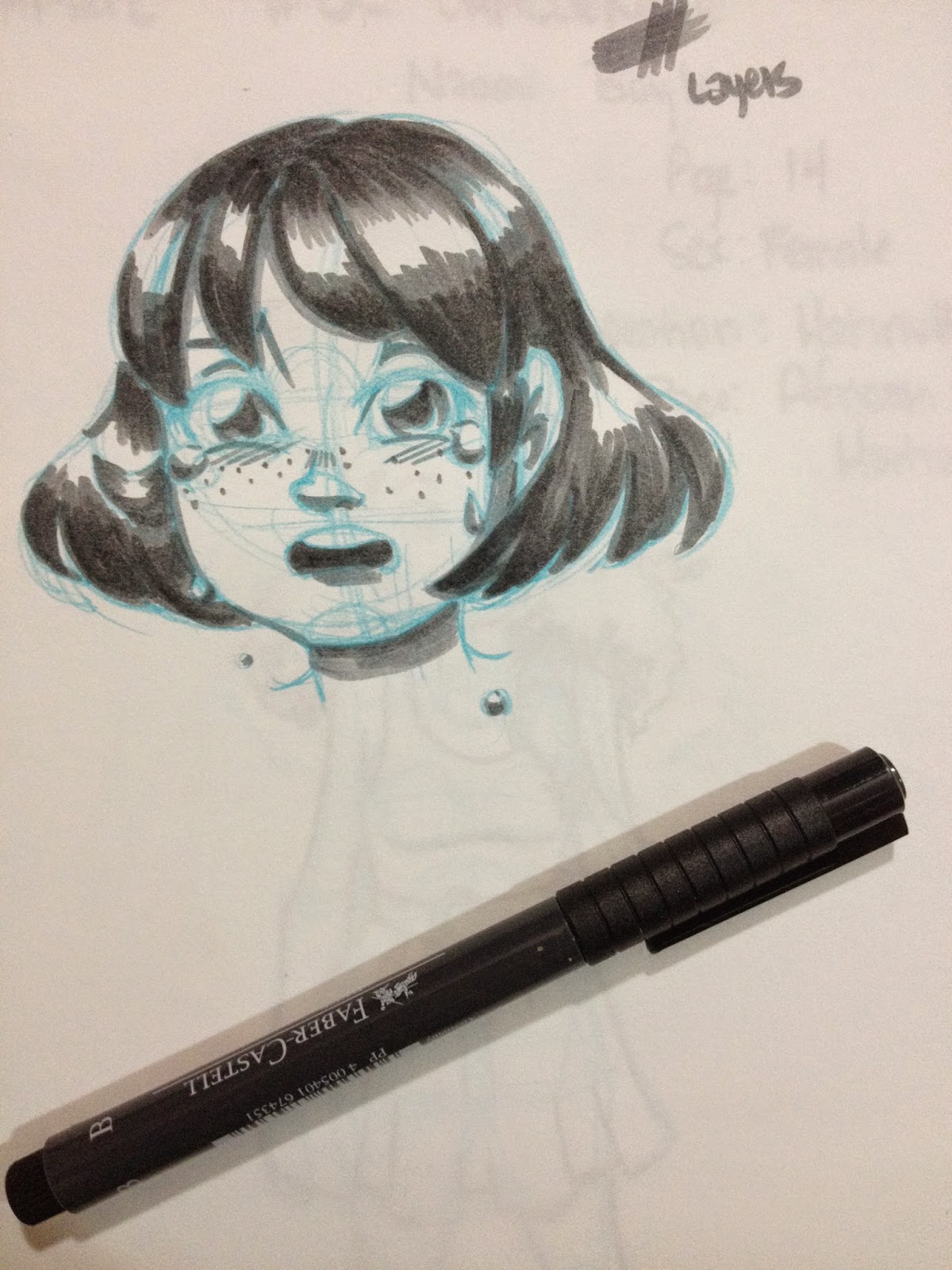 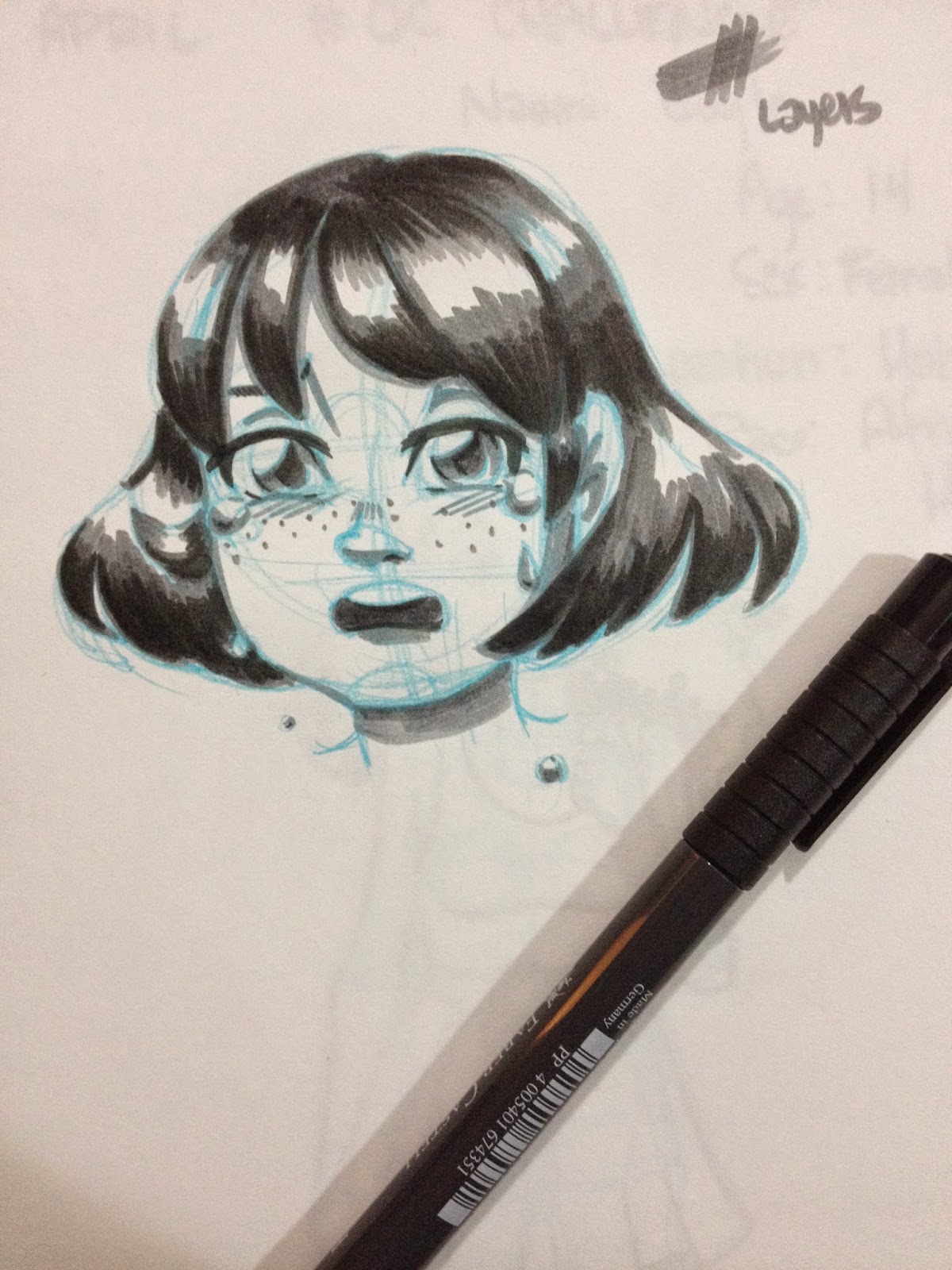 To tighten things up, I inked over it with my Kuretake Fudegokochi. 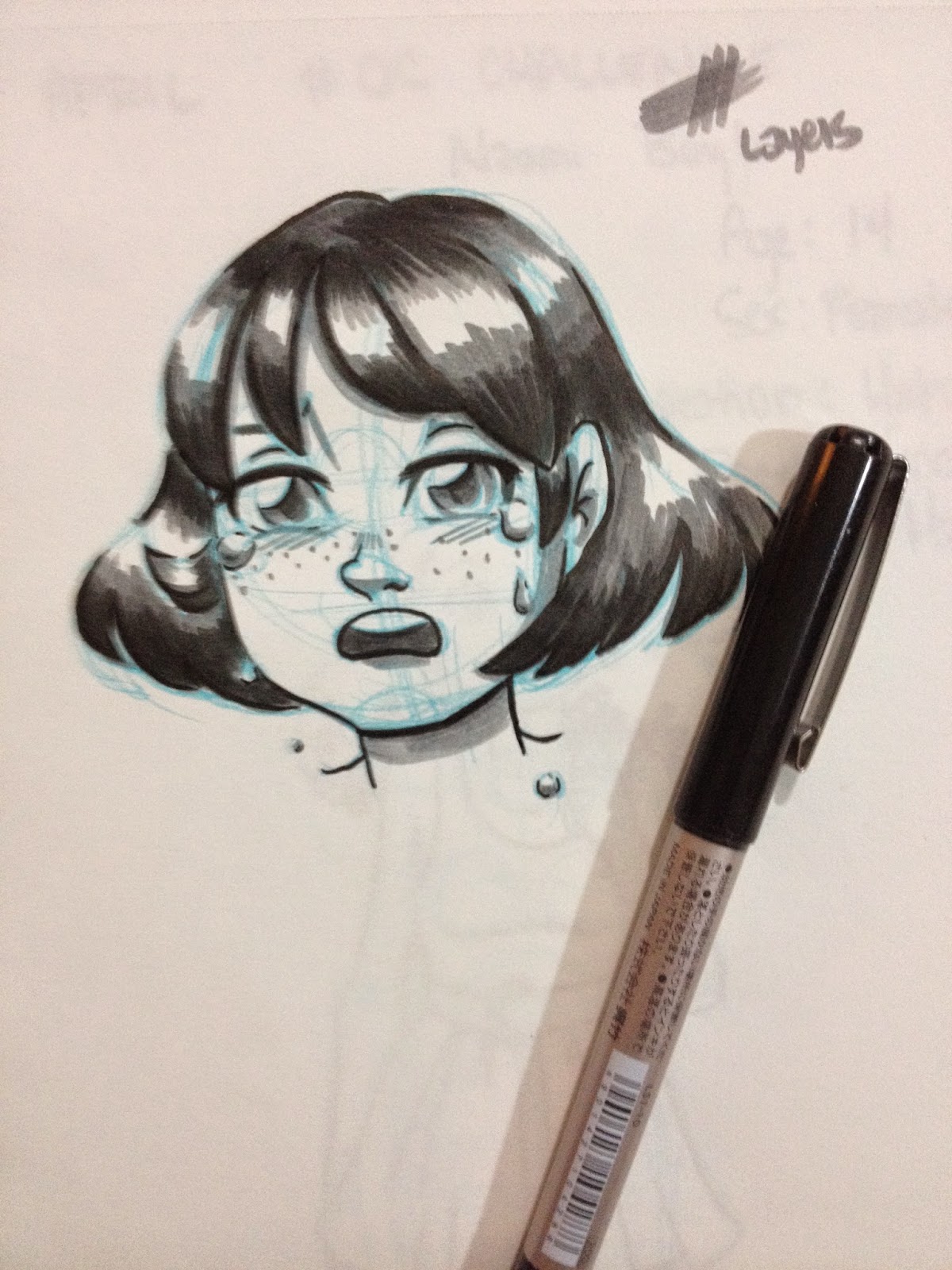 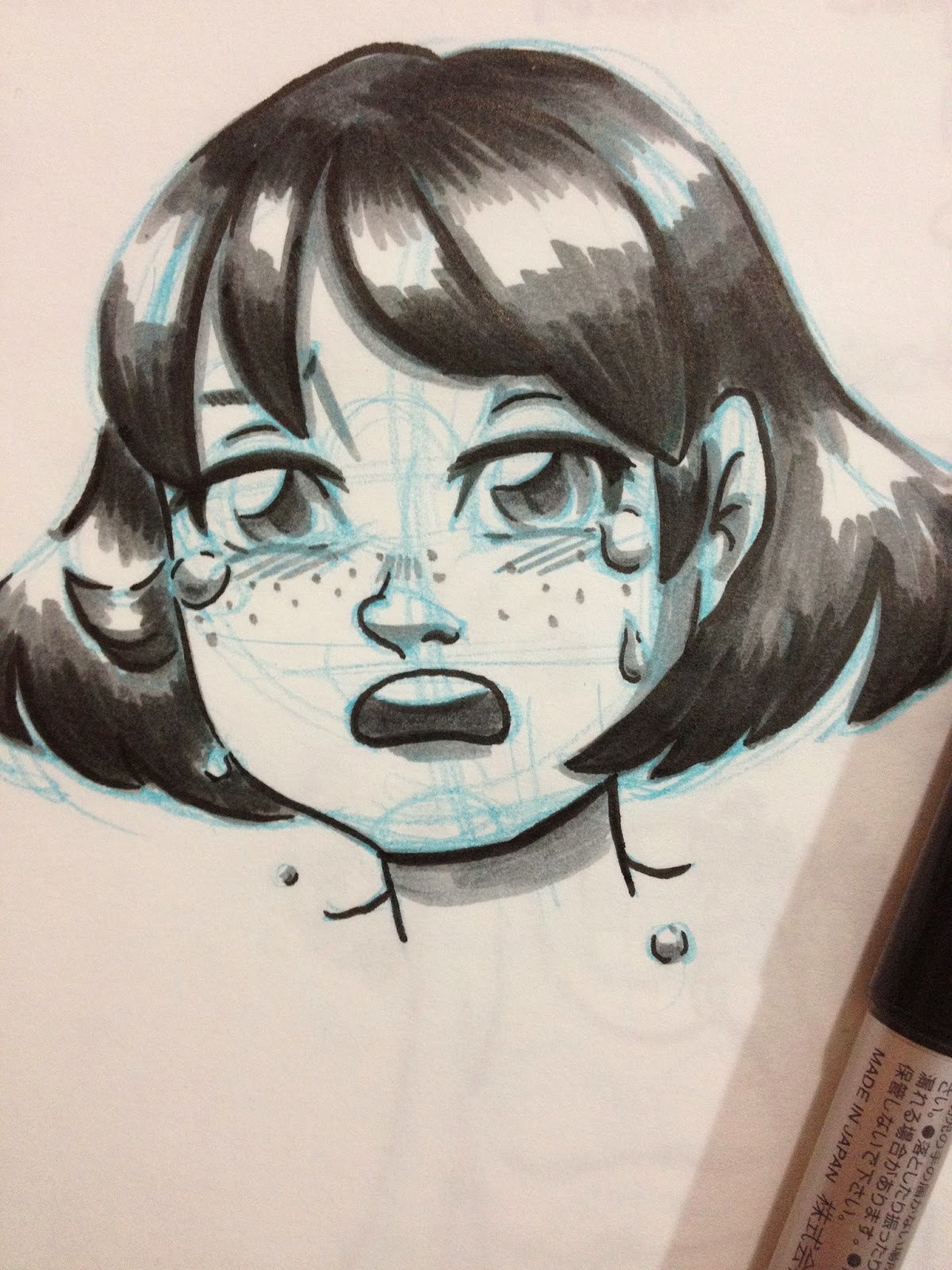 And added some highlights with a Signo white gel pen. 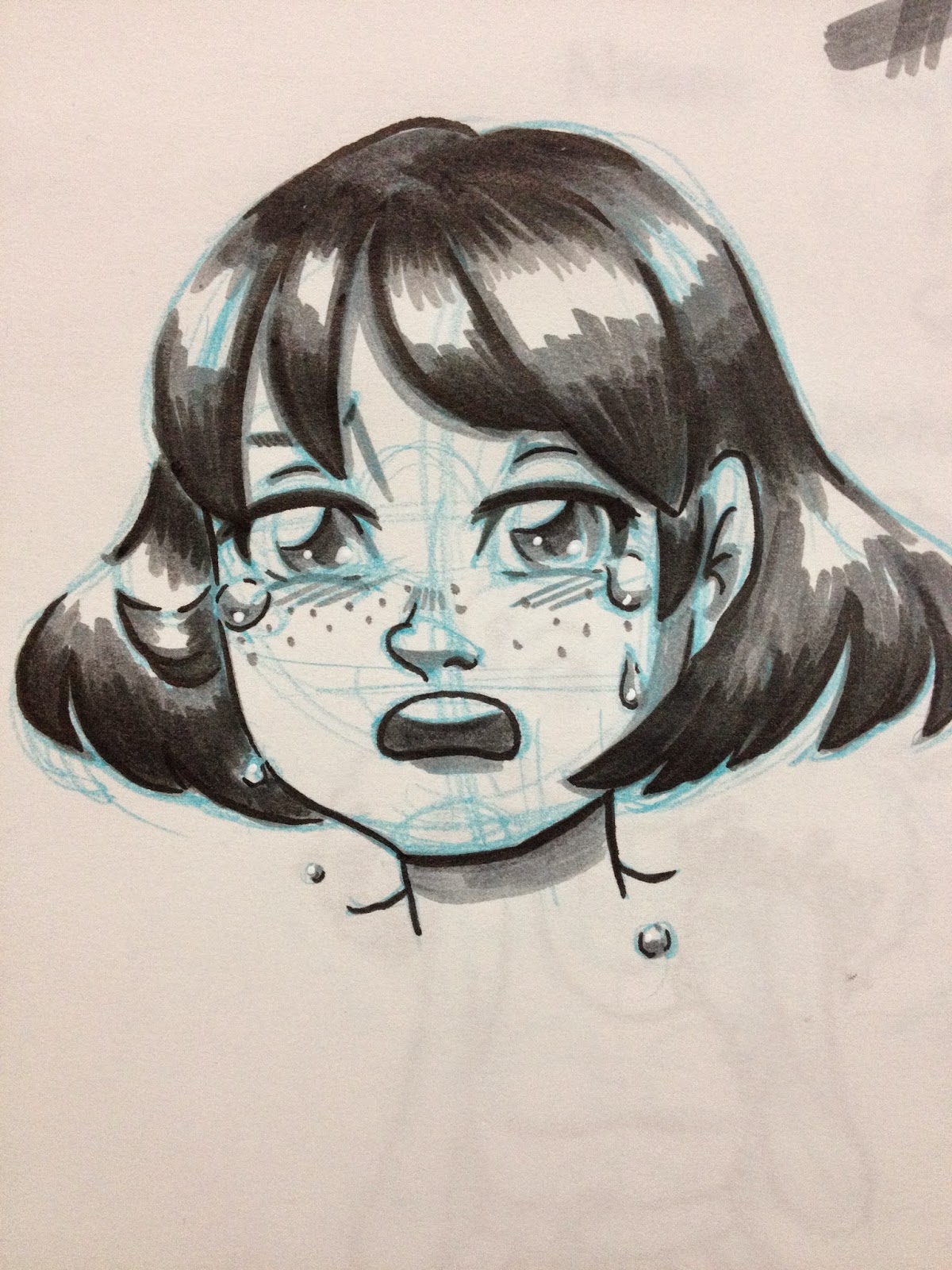 Pitt Pens really don't need an introduction from me- they're commonly available in the US at a variety of stores in a wide array of colors.  They're a popular choice amongst artists, and are an affordable option for those looking for a convenient way to ink.

Although Pitt Pens don't seem to be fude-safe, if you ink with them first, you can achieve impressive results.  If you're looking for an inexpensive way to liven up your sketchbooks, Pitt Pens are a great choice.
Email Post
Labels: art supplies art supply review jetpens pitt pens