Huge thanks to my arty friend Sam (@kibou) for writing about their experiments with Blick Studio Brush Markers and the Copic Airbrush system.  If you enjoyed this post, make sure you check out Shooting Stars, Sam's site.  Sam is a member of Manga Apps on DA, and makes loads of amazing digital art resources that you should check out as well.

I was recently introduced to Blick Studio markers, which really are a good, cheap alternative to Copics.  I bought them with the thought of experimentation, because it doesn’t seem like anyone really had tried them with the airbrush system.

Why would I want to do this?  The Copic airbrush system has a tendency to cause markers to dry out more quickly than normal use.  So, if you can get something else to do the same job for cheaper, it’s a better deal than whatever you’re paying for a single Copic marker, right?

I decided to give them a shot, fully expecting one of the three following possibilites: I could potentially wreck the markers, destroy the air grip, or it simply wouldn’t fit/work at alll. 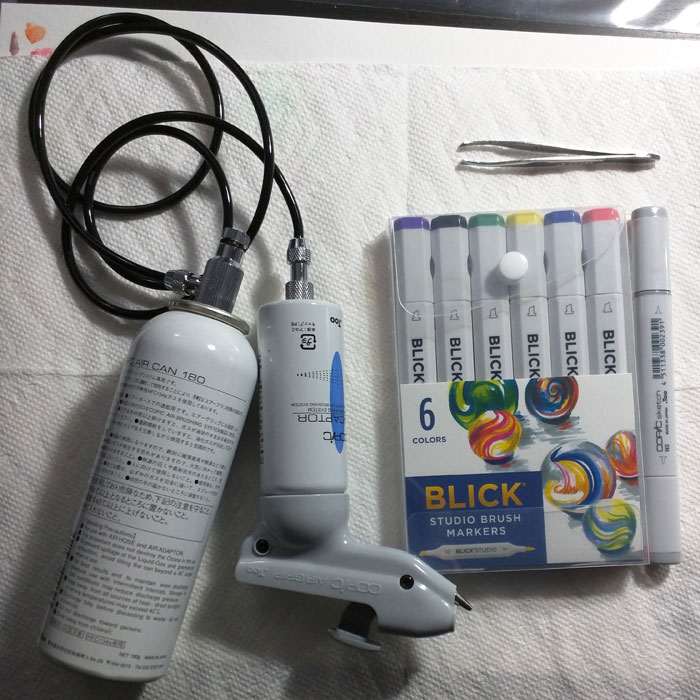 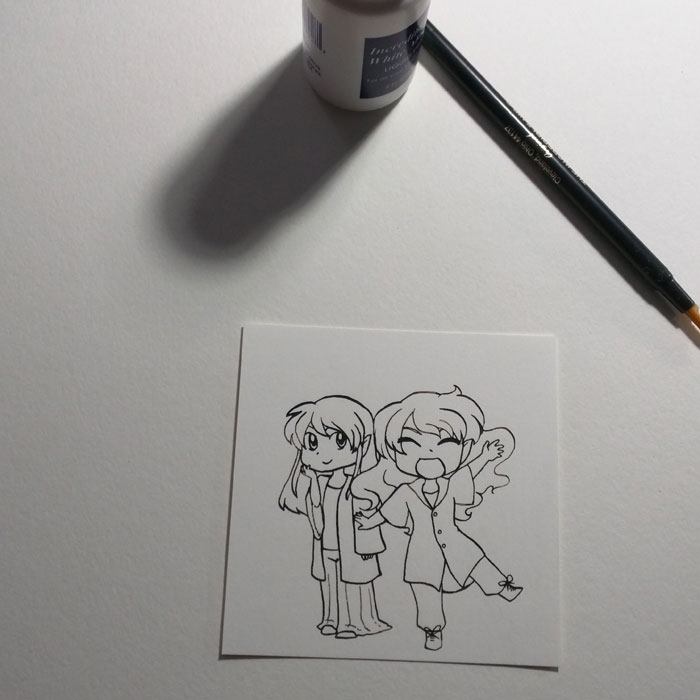 In this case, I used a piece of paper and masking fluid to protect my drawing from errant sprays of the markers.  Some people use frisket film, which also works.

In any case, let’s start by comparing the sizes of Copic and Blick markers to see what we’re up against.

So, right off, it’s really important to note that the Blick Studio markers are just a touch shorter than the Copic Sketch markers.  They’re also a little bit wider, which means fitting in the air grip might be tricky, but not likely impossible. 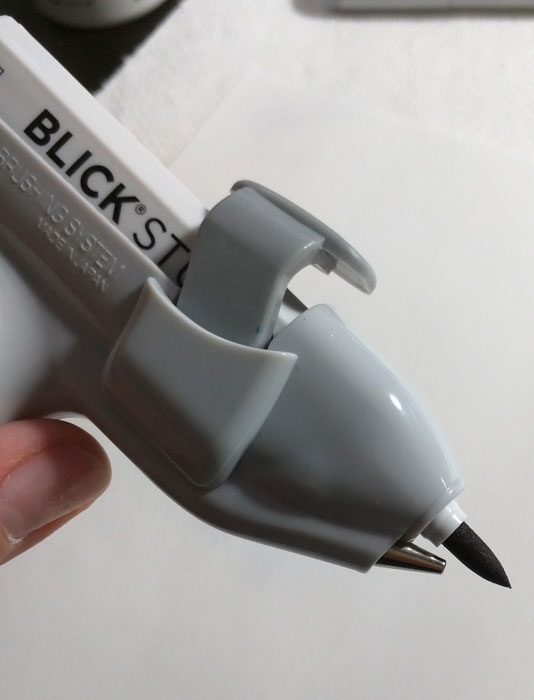 I was able to get the brush tip to fit with a fair amount of force.  It certainly takes more effort to get it in than the Copic would, and you have to push it until you hear a pop.  It wasn’t until later that I noticed why it pops, though: 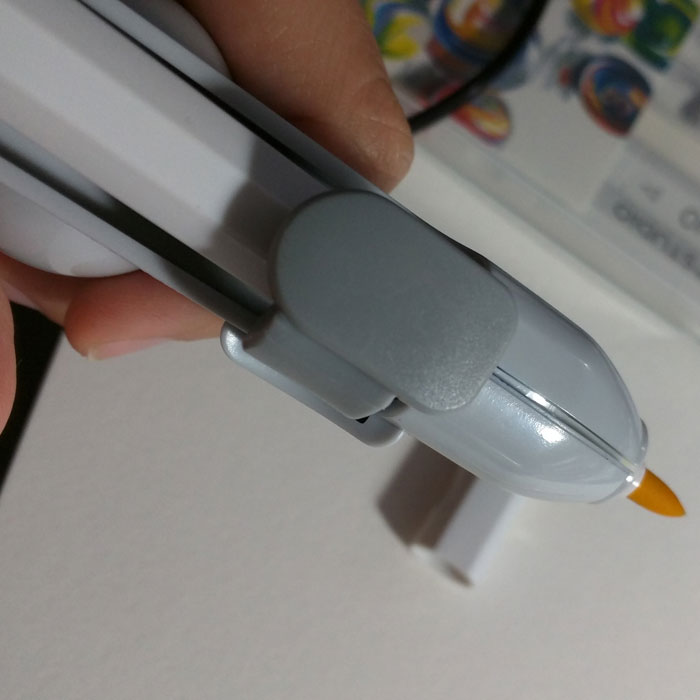 The blick markers are wide enough that they force the air grip apart slightly.  It doesn’t affect the function of the airbrush, but it does raise some concern because this COULD cause damage if you force it apart too hard.

In any case, let’s get to the interesting part.  DOES IT WORK?

I don’t have a camera stand, so please don’t mind the cell phone shakycam.

Once you get the marker in, it works pretty much exactly like a Copic.

You can also use the chisel tip of the marker. I’m wary about doing this as you need significantly more force to insert and remove it from the grip.  Since the Blick Studio alcohol markers aren’t quite a perfect fit, there will be some minor damage to the marker’s body. 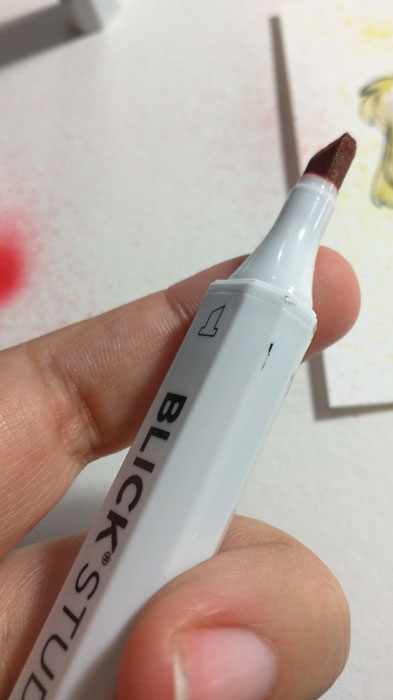 It isn’t severe, but it is something you need to keep in mind.

I did try pulling out the chisel tip further to see if I could work with it without damaging the grip.  I used my tweezers to help get a better grip. 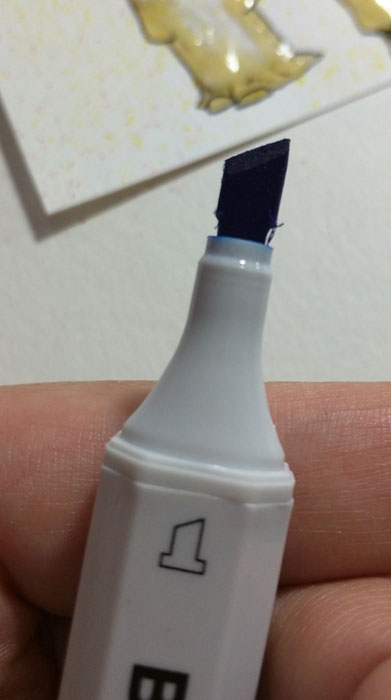 That didn’t go very well.  I tried pulling it out further, and didn’t get very predictable behavior out of it.  So, I resigned myself to just working with the chisel tip as normal. 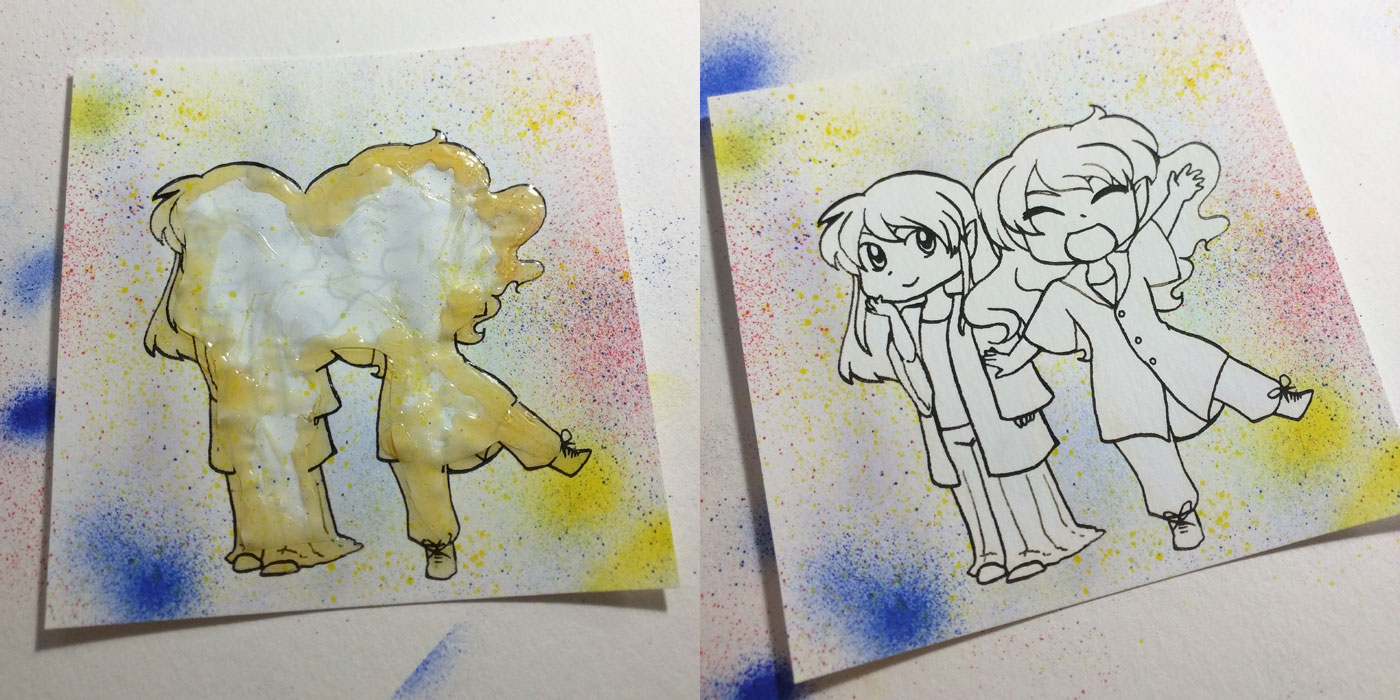 Once the marker is in firmly, its behavior and performance is fairly predictable for those familiar with the Copic airbrush system.

In the end, you CAN use the Blick Studio markers as a substitute for Copics in the airbrush system.
They’re not perfect -- but they’re definitely a great starter point if you’re low on cash and don’t feel like potentially trashing your Copics. Just remember that you might need to apply a little extra force to get a not-so-round marker body to fit in that very round Copic airbrush grip.

If you’re interested in my artwork, you can find me on deviantArt as Kabocha: http://kabocha.deviantart.com
Alternatively, you can visit my website as well: http://shooting-stars.org/