On the first day of February, comic artists make time to draw a comic for every hour of the day, depicting that hour's activity.  The intention isn't to produce a polished comic- although many artists do just that.  The intention is just to produce a panel for every hour you're awake, and for many artists, myself included, that panel is pretty rough, as we're trying to juggle other obligations.  You can find out more information about the event here. 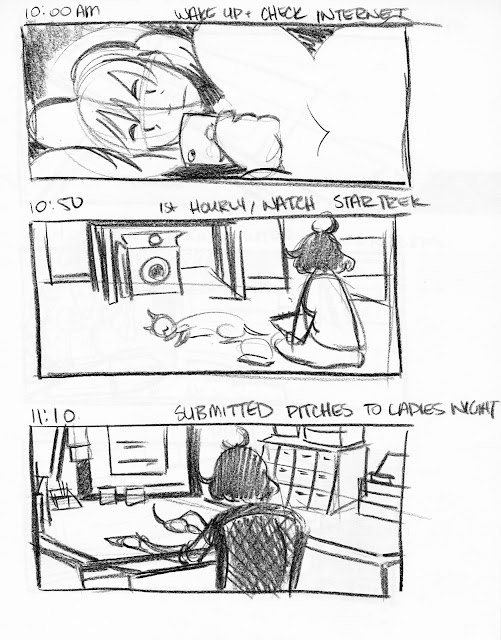 Read the rest of my hourly comics below the cut! 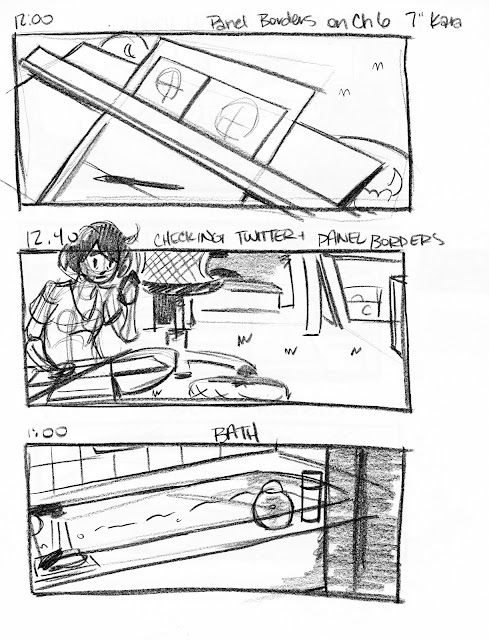 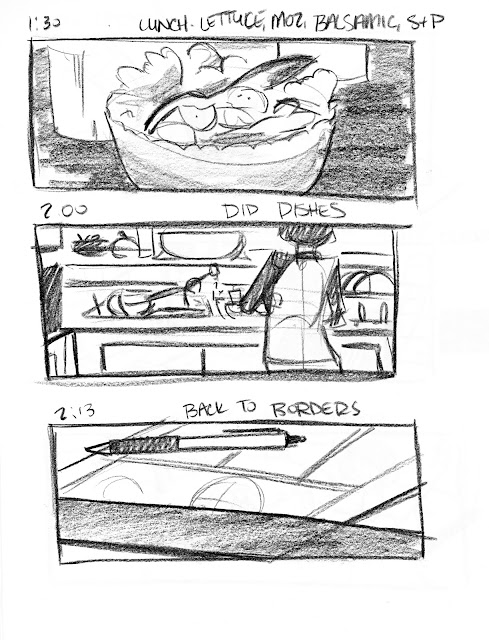 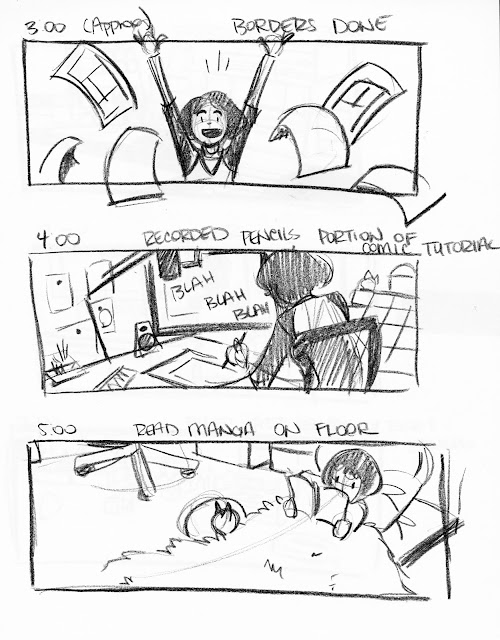 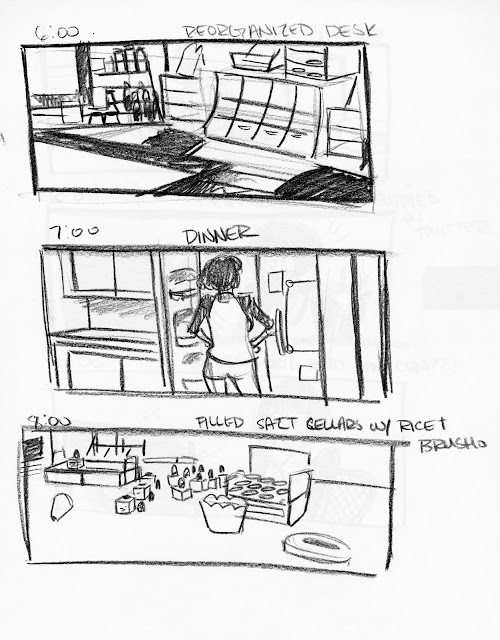 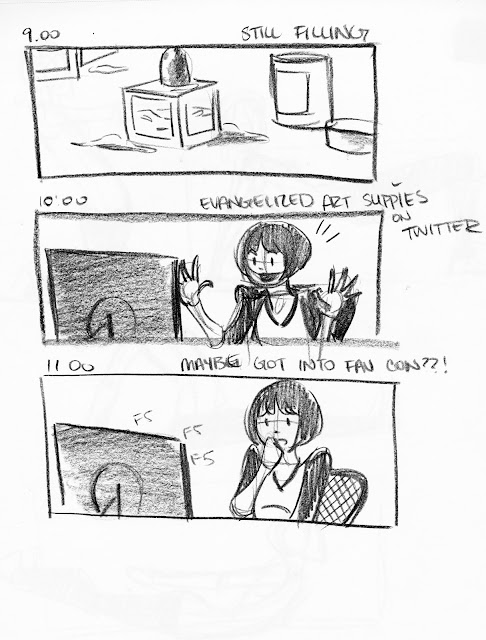 Hourly Comic Day can be extremely distracting for me- I spend the whole hour waiting for the next time I have to stop what I'm doing to draw a panel.  I've tried to mitigate that as much as possible- I set alarms so I'll know when I need to stop and draw, I draw in black color pencil to remove the need to spend excessive time trying to draw an attractive panel, I shuffle my schedule to accomodate frequent stops.
Email Post
Labels: comic exercises comics Hourly Comic Day Hourly Comic Day 2016 Hourly Comics