19 Watercolor Studies You Have to See To Believe

Something people often assume about me as an illustrator is that I'm too tied to the post-manga style that I use for 7" Kara and Gizmo Grandma.  There's an assumption that it's the only way I CAN draw.  That's a frustrating stereotype to try to combat- all I can do is try to produce work that shows otherwise, and hope that those who have formed opinions about my abilities care enough to double check once in awhile.  These studies weren't done for those people, they were done for me, because I want to continue to grow as a watercolor artist, but I thought it was worth mentioning to other artists working to establish a brand- even if you go to efforts to show you have some range, people will often assume that all your work is exactly the same as their first impression of you.

These 4"x6" watercolors were referenced from microfashion photos found on Pinterest.  Although these are not for sale, this style is available for commission- email me with your photo and I'll give you a quote.  For now, I would prefer to focus on kids and pets, mostly because they fit the 4"x6" format I like, and can be completed in an evening.

These were painted on a block of Fabriano 160lb cold press watercolor paper with a combination of Winsor&Newton watercolor paints, Holbien watercolor paints, white gouache, and Prismacolor pencils for minor details.  Rather than premixing colors the way I do for comic pages, I focused on mixing colors on the palette as they appeared in the photo, even if the colors were not those I would select for comics- like Payne's Gray as a shadow to skin, rather than a violet. 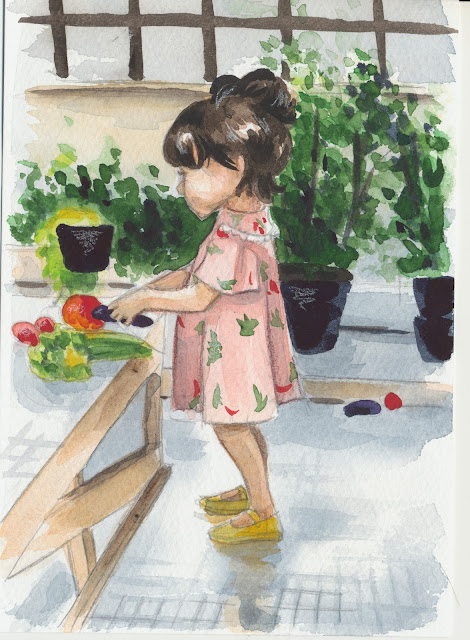 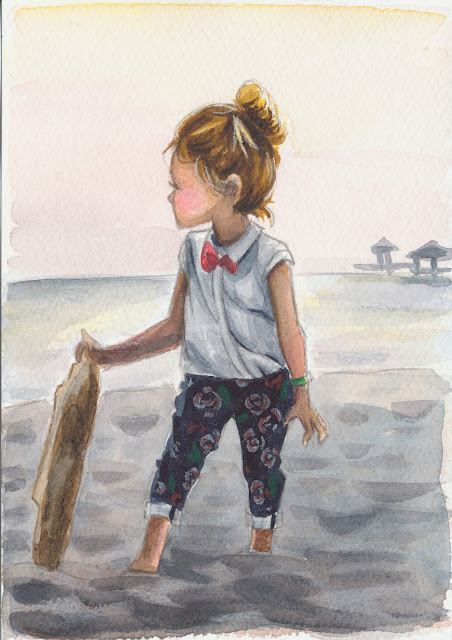 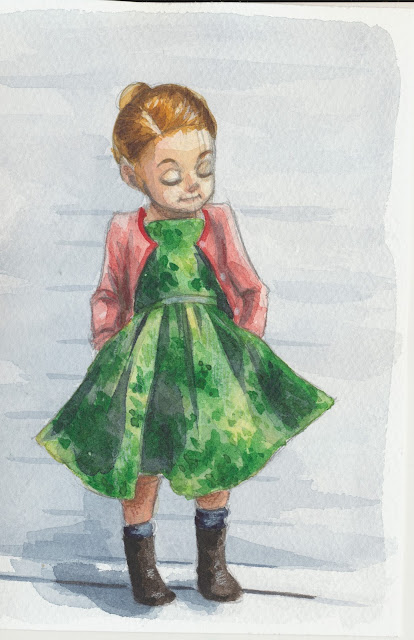 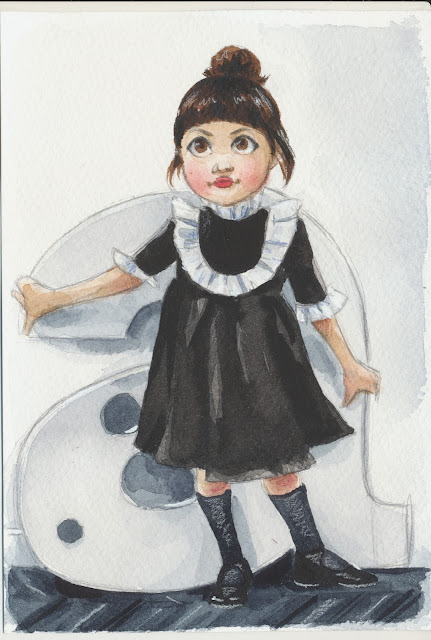 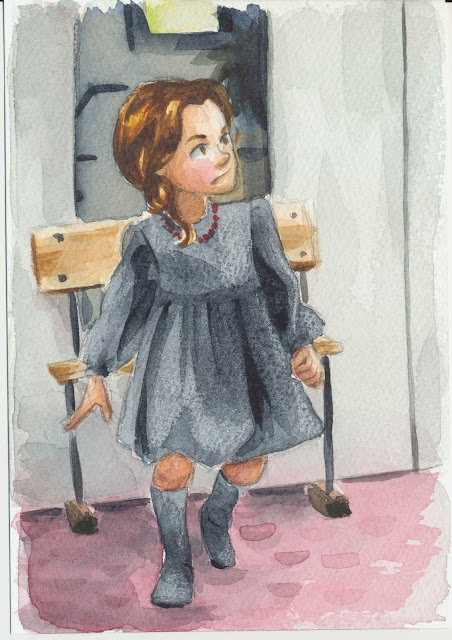 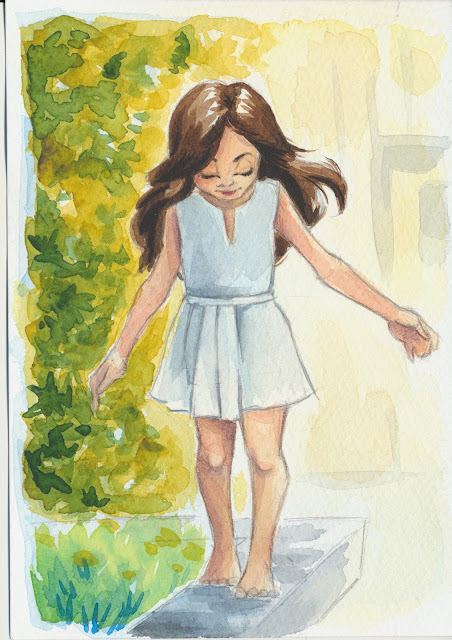 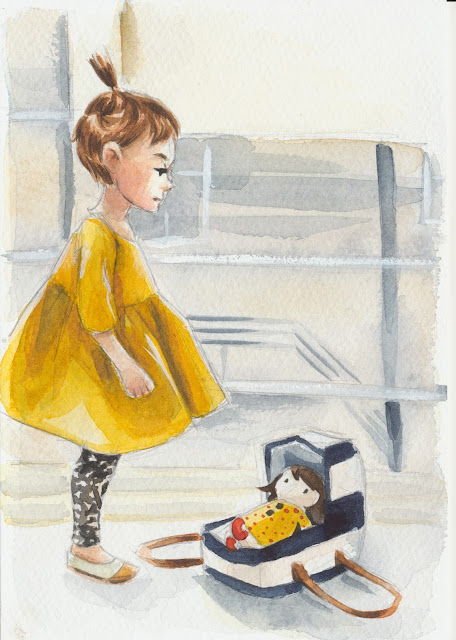 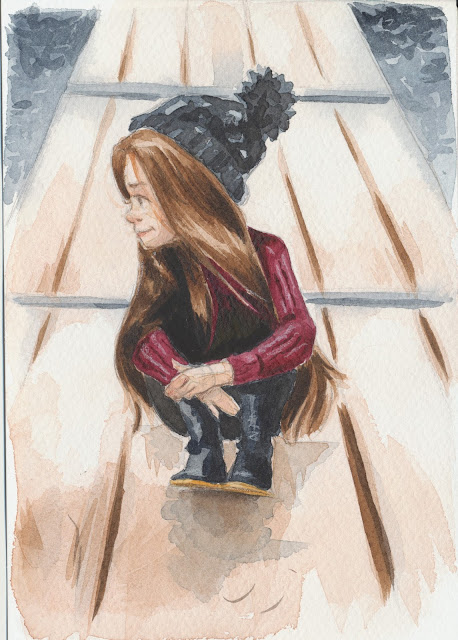 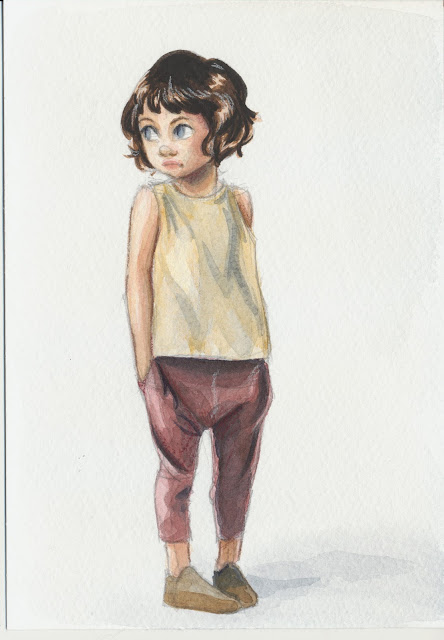 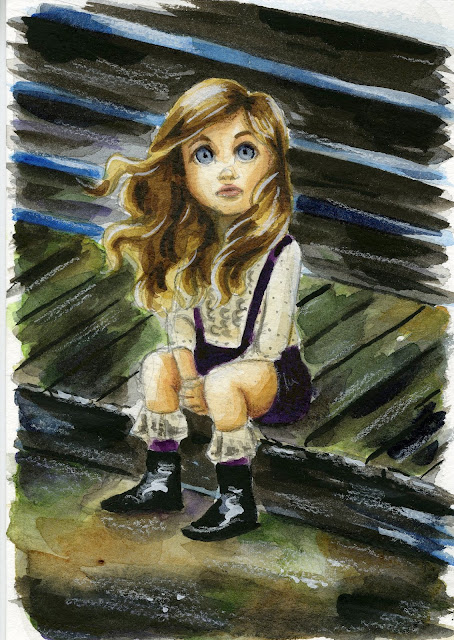 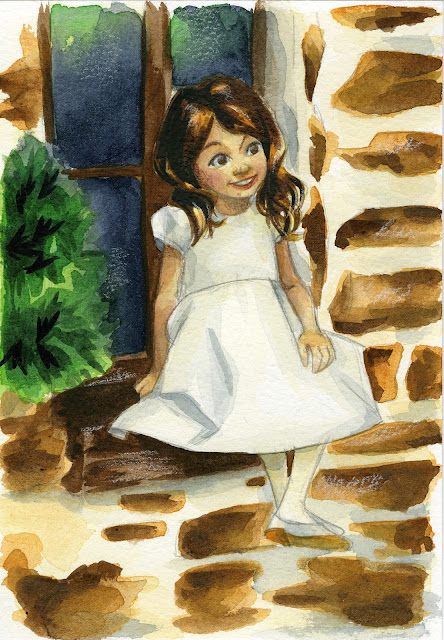 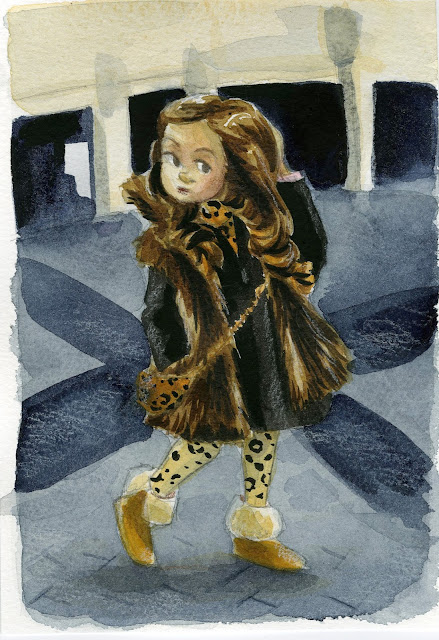 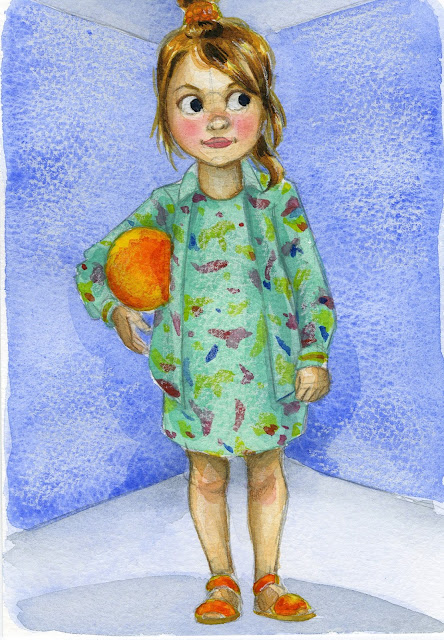 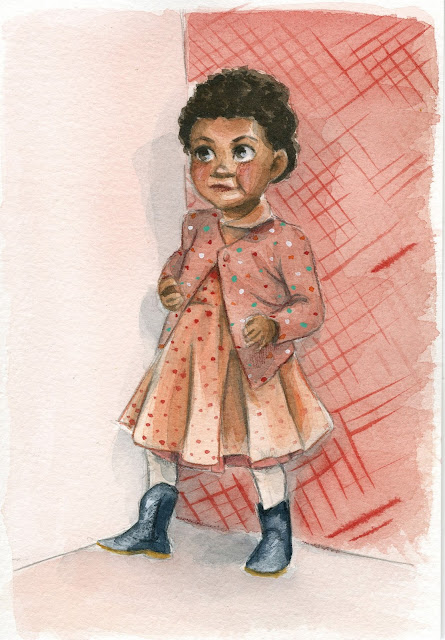 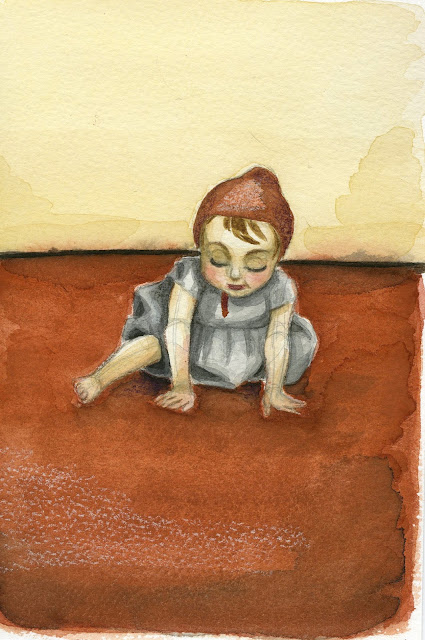 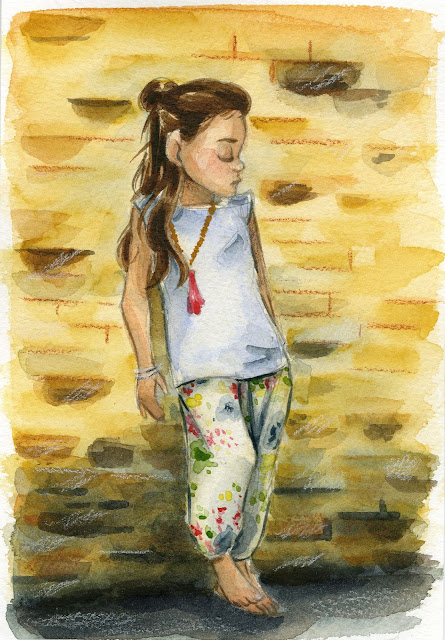 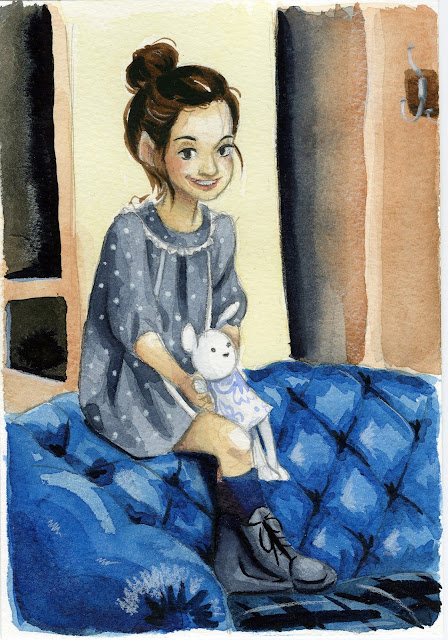 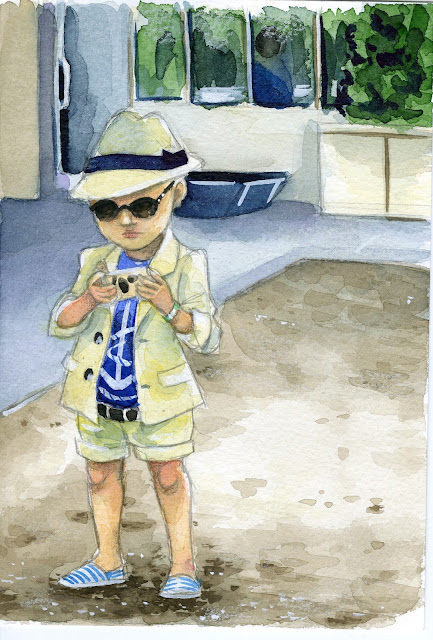