Skip to main content
Labels
Posted by Becca Hillburn May 22, 2014 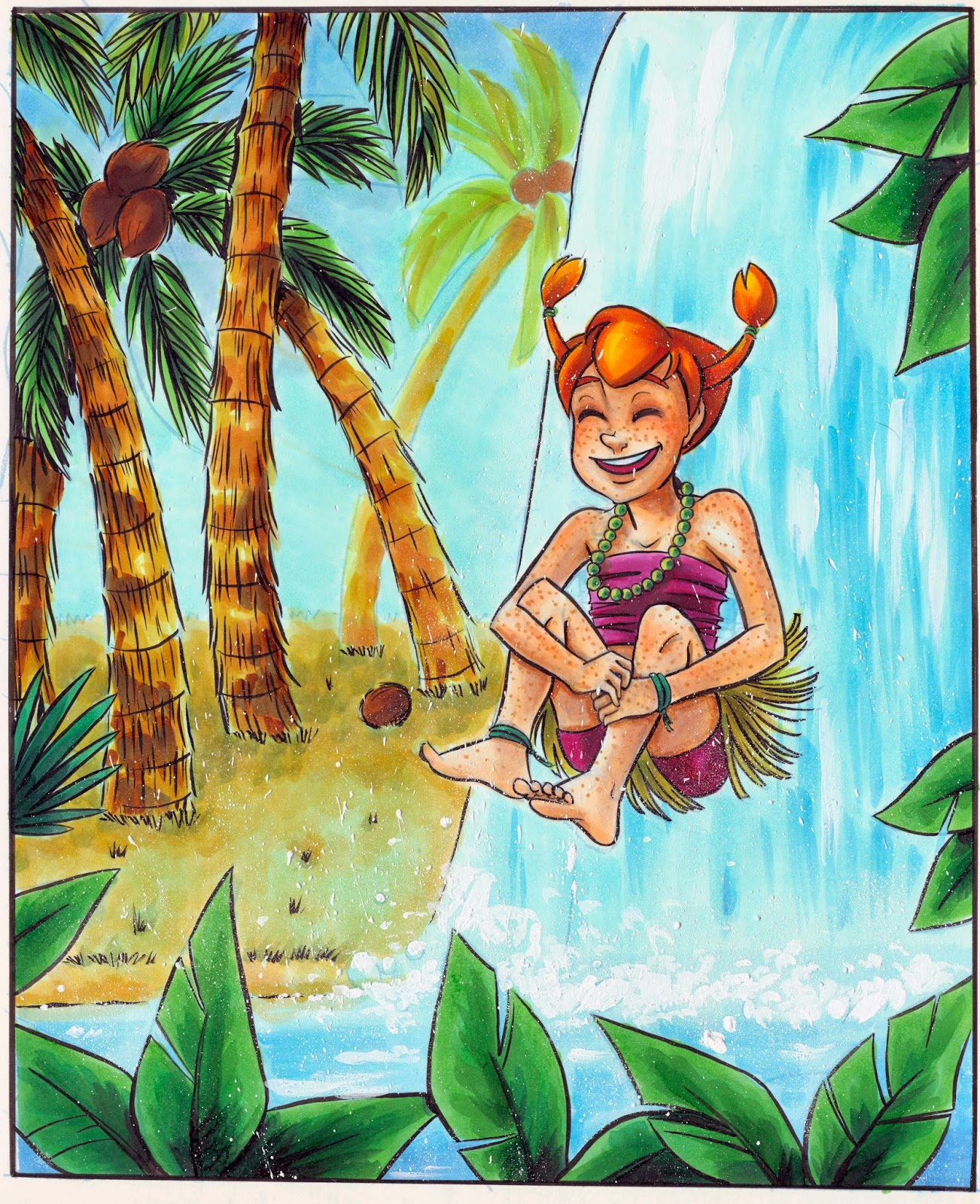 Here's a commission I got from the fantastic Brian Daniel (of Tomorrow Jones!) way back around Christmas.  While rendering it, I actually recorded the process, but I still haven't edited the footage (bwamp bwamp).  Rather than holding back the piece any longer, I thought I'd go ahead and post it, and hopefully one day I can upload the edited footage.

Brian wanted a commission of Pippi Longstockings, specifically Pippi during her South Pacific days.  Having been a fan of Pippi as a kid, this was a real pleasure to work on, especially since it gave me an excuse to draw a ginger with lots of cute freckles.

Although I don't post a lot of marker work to the blog anymore (especially not a large piece like this one), I love using markers for illustration, especially Copics.  Since you guys can't see it (yet, hopefully), I inked this piece with Kaimai Sol K, which is Copic-proof when it's fully dried.  I inked it with a Winsor Newton series 7 00 brush.  After I carefully erased all the pencils, I went over the illustration with a Copic Wide in B000 to provide a unifying layer of color.  Afterwards, it was business as usual (a copout, I know, but I fully intend to post the video!), until it came to the mist from the waterfall, which is a combination of splattered white ink and dabbed white gouache.

I've mentioned this before, but I'd originally considered rendering 7" Kara in Copic marker, and even did a page test.  Unfortunately, with the way I render, a page would have to be completed in one sitting, which is very difficult with a longform comic.  I'd love to do a one shot in Copic at some point in the future, however.