Weekend before last (October 11th-14th)  was spent in delightfully brisk New York City, attending one of the East Coast's largest comic conventions- New York Comic Con. This convention is a big one for SCAD Sequential Art students, as it's a chance for portfolio reviews from editors and an opportunity to mingle with other artists.  Many of the other graduate students in Sequential Art were also planning to attend, although our social plans did not coincide.

For me, New York Comic Con is the biggest convention of my year, and is precluded by a flurry of labor and excitement. Since Interventioncon in mid September, I'd been a bit laid up, so this year I didn't have as much in my portfolio as I'd've liked. Since Editor's Day wasn't too far behind me, and I'd planned on talking to many of the same editors, I only brought new pages. This meant I only had the newest When I was 13 and some things from inking class. I also brought a few copies of the garage print WIW13 and an inking ashcan of the same caliber. My rational was that instead of actively trying to sell myself as a hirable artist, I'd focus on soliciting the critique I'd sorely lacked the prior semester.

We flew out of Savannah, Georgia on Thursday morning, hoping to get in some portfolio reviews on Professionals Day. Unfortunately we quickly learned that neither Top Shelf nor Oni Press were offering any sort of portfolio review, although they were accepting drop offs (where you leave a sample of your wares behind).  As we found out during the course of the convention, this was the new norm.  Fortunately, I'd prepared drop off bags with my latest WIW13, a booklet of my inked samples, and some candy.  My rational was that after being stuck at a table all day, some candy might provide a little entertainment.

New York Comic Con became progressively crowded as the con wore on, grading from tolerable on Thursday to panic-attack inducing on Saturday.

I'm sorry for the quality of these pictures, most of them were taken mid-stride with my iPhone (it's a better camera these days than my old point and shoot) 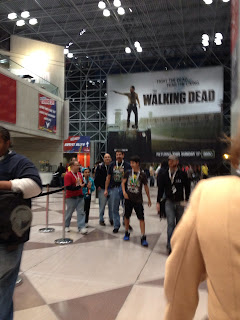 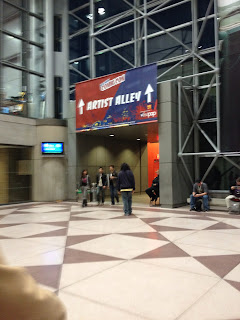 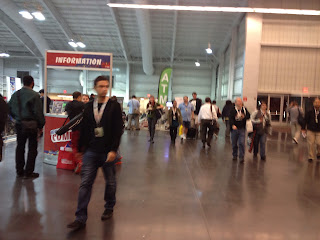 
As the crowd got worse, my time spent at the convention itself lessened.  On Friday, before the crush got too awful, I managed to get portfolio reviews from editors at both Archie Comics  and Abrams , taking copious notes.  Friday evening was spent in the delightful company of Frankie Coleman and Eric Lide, eating Korean BBQ and celebrating Frankie's birthday. Due to a mixup in communication, we found out fairly last minute that we were looking at a potential group of 15 people.  As much as I'd love to hang out and chat with a group of 15 other comic artists, neither Heidi nor Joseph were really feeling up to dealing with a crowd that large AFTER dealing with the crush of the convention.  Eric and Frankie were kind enough to help us rearrange the plan into a much more manageable group of 6, and we enjoyed Korean BBQ at Shinna and coffee at a little bakery in Korea Town. 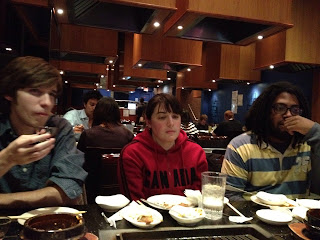 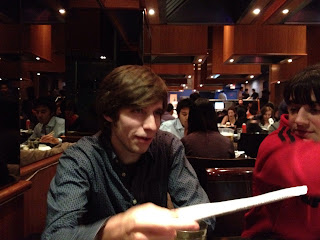 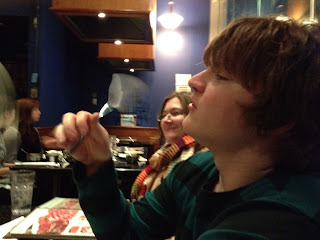 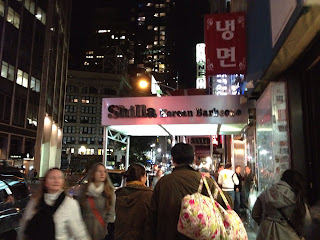 Saturday, We Brave the Artist Alley


On Saturday we ventured to New York Comic Con one more time to visit the Artist's Alley.  Although less crowded than the Dealer's Room above, the Artist Alley was still pretty busy.  I still managed to meet up with one of my friends who was tabling there (Zack Turner, of Unlife fame, although I managed to miss several others.  While there, I got to meet and purchase books from amazing artists like Ross Campbell, Ben Caldwell, Sina Grace, and Kel McDonald, and even managed to pick up a copy of Zoo, which I'd missed out on at Anime Weekend Atlanta. 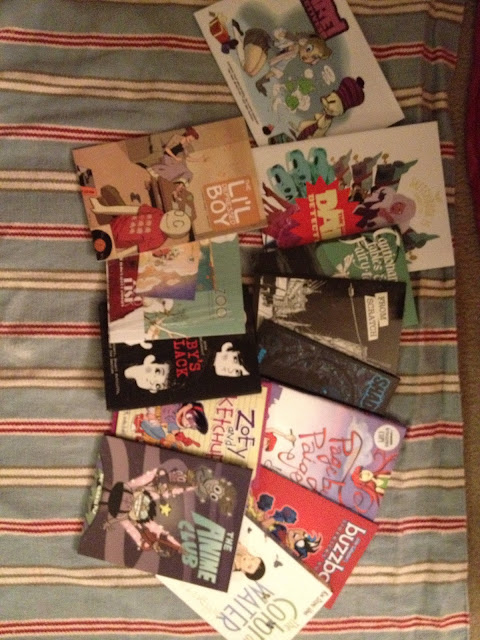 Saturday evening we decided to find the New York branch of Book Off, a Japanese chain of used book stores.  I'd visited several Book Offs in Japan, and generally found them to be fire hazards- narrow aisle crammed with people crouched, reading.  Fortunately, the New York branch was much less crowded, and I ended up buying a stack of books, both in English and Japanese. 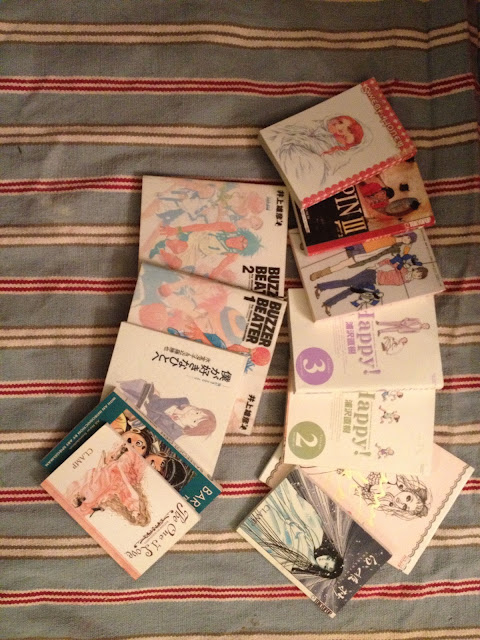 We left early Sunday morning to return to Savannah, even though New York Comic Con was still in full swing.  Although I enjoyed my visit to New York, I don't plan on attending New York Comic Con next year, as I feel like my money can be better spent at more indie cons.


All in all, I thought New York Comic Con was crowded and had poor crowd management.  Photographers and cosplayers blocked the walkways with little concern for others, and the dealer's room was a confusing mixture of television properties, movies, videogames, and comics.  While getting my portfolio reviews, I found it hard to hear over the noise of the newest rhythm games.  The artist alley was a bit of a walk from the dealer's room,  and while less crowded, still had enough of a sizable crowd that it was hard to see many of the tables.  The majority of the booths featured at least a vertical banner behind the table, and there were a few McDonald's style fanart cages, particularly with the anime-only artists.  The majority of the wares were prints and perfect bound books, so if you're looking to compete, you'd better step up your game.  I didn't notice too many artists taking in-con commissions, although many artists were willing to sketch in their books after sale.

If you're interested in hearing more about my experiences at New York Comic Con, as well as some of the other conventions I've attended this semester, tune in to this week's SEQALab, where the topic is Conventions!
Email Post