Skip to main content
Labels
Posted by Joseph May 23, 2019

The Future of Copic Markers in the US

Last week, we talked about Imagination International Inc's split from Too, Copic's Japanese manufacturer.  We speculated what the future might hold for Copic in the US, and discussed where one can buy Copic products now, including refills.

Fortunately, it seems my speculation was off in a couple ways- Too will not be solely distributing Copic in the US, and their new distributor is already quite established in the US art supply retail sphere.

Copic's new US distributor is MacPherson. MacPherson's is a distributor, carrying creative products that include artist and lifestyle brands. They carry a range of art products from acrylics to watercolor to leathercraft, but seem to cater towards art supply retailers, rather than individual customers.  Brands carried by MacPherson include Amsterdam, Dr PH Martin's, Marabu, Holbein, Sennelier, and more. 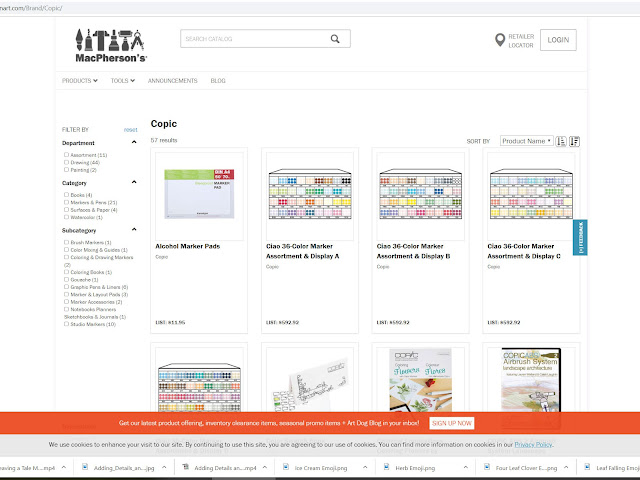 MacPherson's will direct purchase and distribute Copic Markers in North America.  They are rolling the price on Copic markers back to what they were before the price increase.  This change took place way back in January of 2019.  It seems that Copic switched to MacPherson as a way of strengthening the continued supply of Copic products in North America, and this partnership also allows for the establishment of Too Corporation Americas.  The MacPherson network will allow Too to ensure that there will be no distribution in the supply chain, and Too Corporation of Americas will be exhibiting at NAMTA 2019 as the official manufacturer of Copic.  They also provided the MSRP and MAP of Copic Markers

and many more stores.

If you want to check to see if Copic will still be available in your area, you can search for your retail location here!  Hobby Lobby and Cheap Joe's were not in the listings, but this does not mean they will not carry Copic, just that MacPherson's does not list them as retailers.