Skip to main content
Labels
Posted by Becca Hillburn May 16, 2016

Guest Post: A Voyage to Panjikant, a graphic novel by Margueite Dabaie 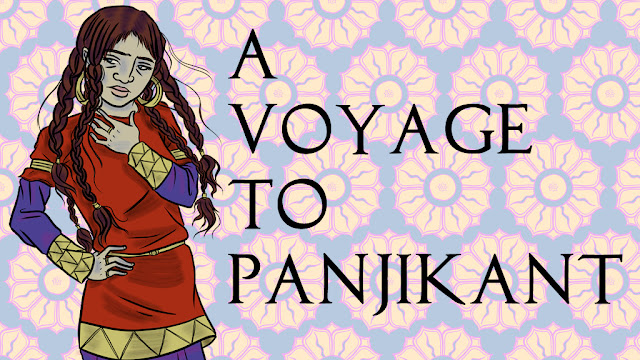 Hi, everyone! Just a quick introduction—my name is Marguerite Dabaie. I live in Brooklyn and draw comics and illustrations. The comic I’ll be talking about today, A Voyage to Panjikant, is historical-fictional project about the 7th-century Silk Road, and I researched the topic for two years before I began scriptwriting/drawing. I’m currently running a Kickstarter campaign to publish the book—here’s my introduction on the KS page:


A Voyage to Panjikant is a work of historical fiction set in the 7th century and follows the story of sixteen-year-old Upach, a headstrong and spunky teenage girl whose greatest desire is to follow in her father Shafnoshak's footsteps and travel the Silk Road in order to become a successful merchant. The problem, however, is that women were rarely afforded the freedom to leave their hometowns.


While I plan on distributing the book outside of Kickstarter, almost all of the rewards are only available through the campaign, so please check it out!

How I create my Voyage to Panjikant pages

Going into this project, I wanted the flexibility of digitally inking the pages with the ability to hand-watercolor, as well. The reason is because I work much faster digitally than I do by hand, but I knew from the get-go that I wanted the pages to be watercolored and that digital watercoloring doesn’t look nearly as good as the real thing (yet).

The reason why I have a mental clawlike grip on the idea of these pages being watercolored is because I want to evoke the look of Tang-Dynasty pottery, which is runny and glazy and super colorful. I really wanted to make the pages look fresh and bright (art and architecture in Central and East Asia was colorful, after all), so I needed to definitely color the pages, and the “controlled chaos” that watercolor brings is perfect because it hearkens back to the work actually being produced back then. 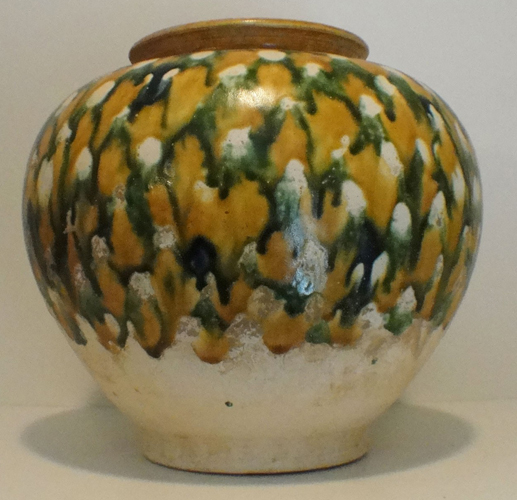 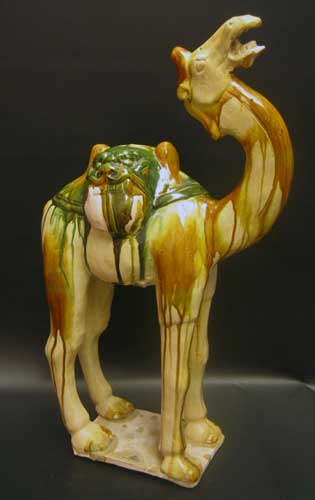 I mean, check these out… I love how runny the glaze is. Awesome.
My first step is to draw roughs: What I used to do is draw these with a pencil in a cheap lined notebook (the idea being that sometimes I want to get away from the computer), but I found that this ends up being too inefficient for me, so I’m going to go back to digitally drawing the roughs on a layer in the same file as the final inks.


My digital inking game is very rudimentary—I just use the basic brush in Photoshop with shape dynamics turned on. I’ve been slowly getting into using Manga Studio as well, but… old habits die hard. I have a tablet monitor that I use at these times that greatly speeds up the process. 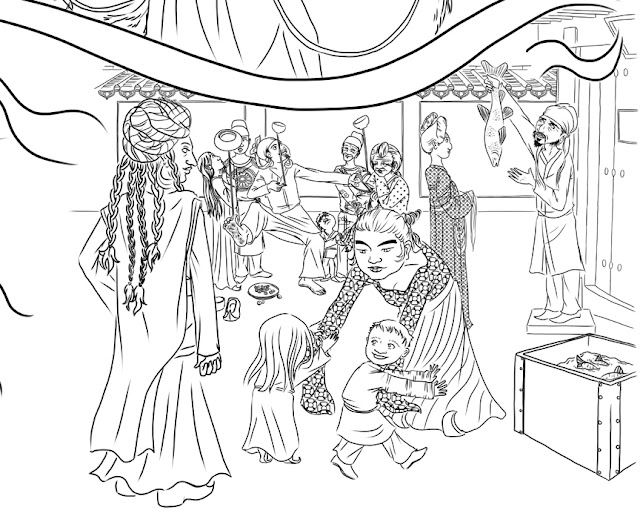 I create a lot of patterned fields throughout the comic. In this dream sequence, my protagonist is dreaming up a lot of patterns. I will draw one part of the pattern on a separate layer and either create a pattern through the “define pattern” option and fill an area with a pattern that way, or I will hand-tile the pattern by using separate layers. Redundant, but for the larger patterns (such as the one on the man to the far left), it gives me more control. 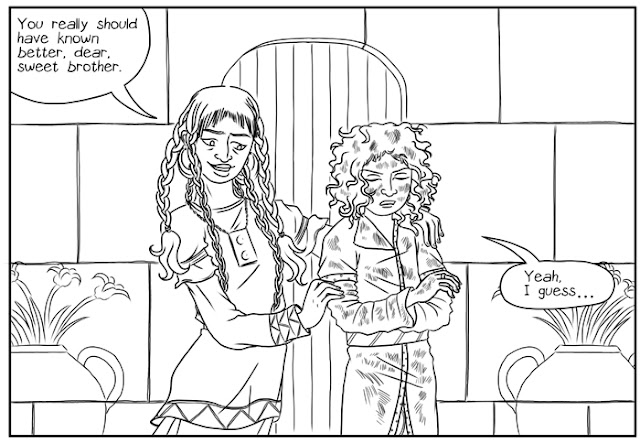 A quick example of the handwriting-turned-typeface.

Once it’s all inked, it’s time to print it out!

I print the pages on Rives BFK paper—which is actually a printmaking paper, not a watercolor paper. The reasons why I chose this paper are A) it’s cheaper than comparatively good watercolor papers like Arches, Canson, etc., B) the thinner paper (175 gsm) works and is thin enough for the copier, and C) it’s resilient enough to withstand scrubbing in case I need to lift some of the color.

I cut the paper down to size and take them and the digital files to a very, very small printer I know—really he’s a one-man show who’s able to do what I ask very affordably. He actually had no idea if the lines would be waterproof after printing the work out and it turns out they work just fine! So it’s a win/win for me.

Now it’s watercolor time! Due to size constraints, I tend to color the pages two at a time, though if I can devise a way to paint more, I will (Brooklyn apartment, after all, ha ha). I use multiple watercolor palettes, label the colors I have in each cup, and love using the tube paints. 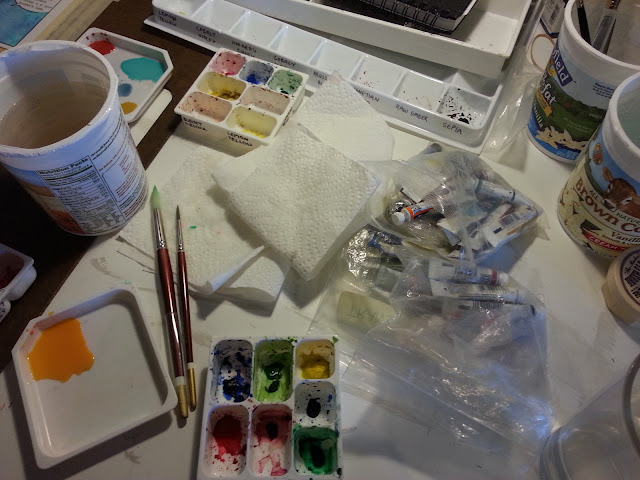 For each page, I make small printouts x4 on crummy paper and paint watercolor sketches so that I can play around with color variations and have a more concrete plan of attack before I begin painting the final pages. 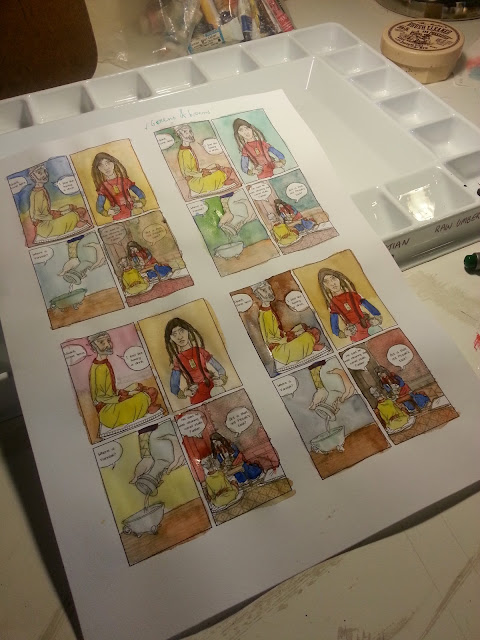 I paint wet-on-wet because I want that aforementioned controlled chaos and really want the colors to blend on the page more than through my mixing. 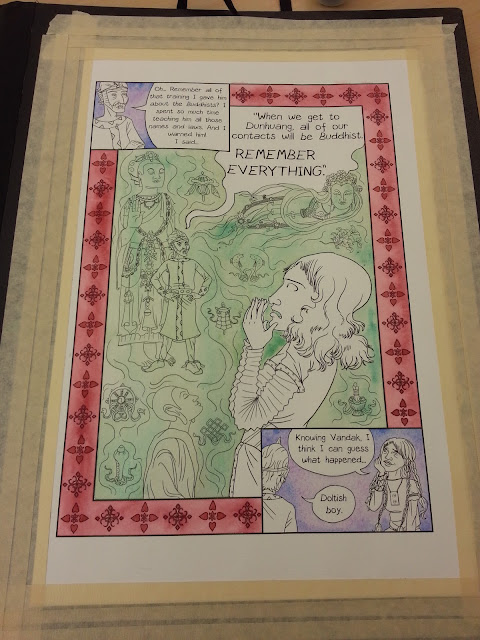 Starting out with the basic background colors… 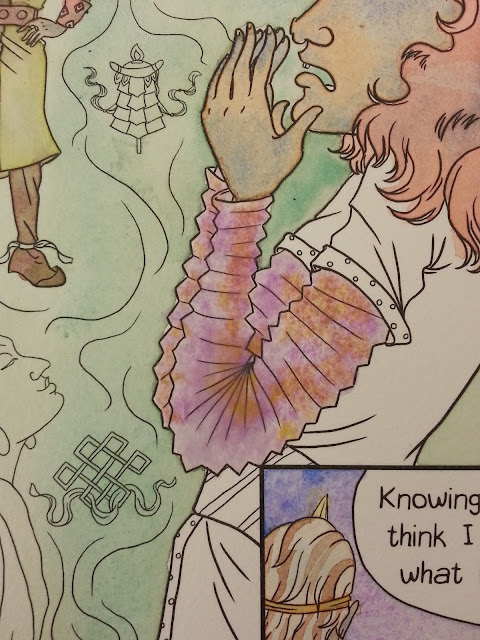 Adding yellow ochre to the cobalt violet and watching the two mingle on the page. 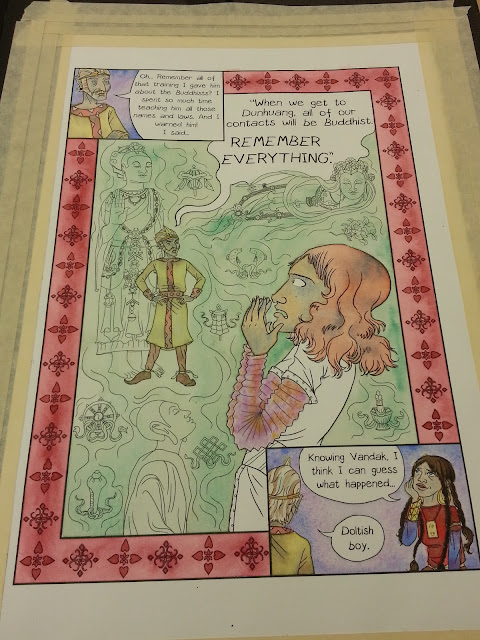 Stepping back. I wanted the older gentleman in the background to blend in slightly, so I used viridian (a rather transparent color) as the baseline on the green to assure that I’d be able to paint colors over it. 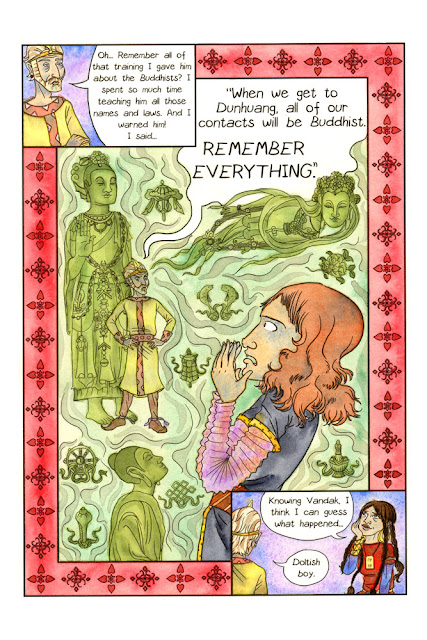 Here’s how the final page ended up looking.

You can find a short video where I watercolor one of my Panjikant pages here.

All that’s left is to scan the pages back in and do some minor digital correcting and they’re ready to go!

More about the Kickstarter

The Kickstarter campaign is to cover the printing costs for “A Voyage to Panjikant.” The book will be hardcover, 6” x 9”, 190 pages, and in full cover.


It was originally going to be perfect-bound softcover, but the campaign has since reached a stretch goal and all backers will receive hardcover books!

You already met your goal—why should I back it now?

While I plan on selling the final book outside of the campaign, the price I set for backers to receive a copy of the book ($20) was for the softcover only—I plan on selling the hardcover books at a more competitive rate. Anyone who backs the Kickstarter at $20 and up will receive the hardcover version of the book. This is a great chance to snag a hardcover copy of Panjikant at a reduced price!
Also, almost all of the backer rewards I offer are exclusive to the campaign and will not be sold outside of it. Some reward examples: a bookplate with a hand-illustrated sketch, handmade handkerchiefs with patterns and fabrics created exclusively for the campaign, and hand-watercolored prints featuring an original drawing unused in any print previously. 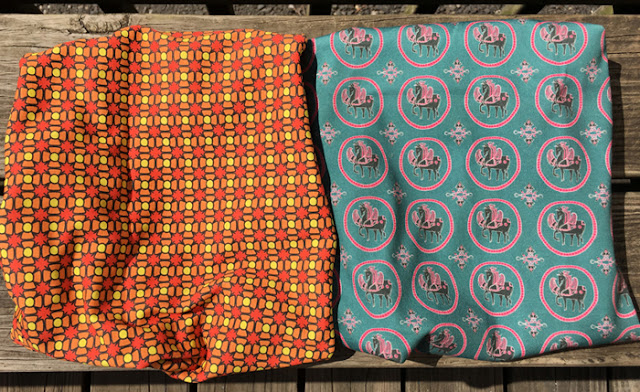 Here’s the fabric I’ll be using for the handkerchiefs. What I do is digitally create and color the patterns in the same way that I describe above, use Spoonflower to print my digital designs onto fabric, and hire a friend who is incredibly good at sewing to make the hankies themselves. 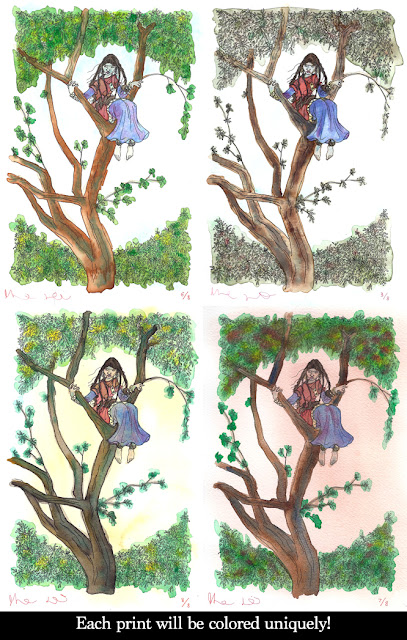 These are examples of the hand-watercolored prints, though they will be a totally new design exclusive to the Kickstarter. Using the same copy shop I go to for my pages, I create black-and-white prints of a drawing and watercolor each one in a different way, assuring that each print is a unique piece.

How much time is there left?

ONE MORE WEEK! And then it’s over!