Let's be really honest here:  There's not a lot of difference between a $1 single compartment pencil case, and a $20 single compartment pencil case.  They're both, probably, going to do what they're intended to do- hold your pencils, erasers, and pens.  Still, they're a huge part of keeping your supplies organized, and I thought it was important that I explore the options Walmart had to offer when writing this post.

Ideally, I wanted a smallish pencil case that had multiple compartments, or at least, elastic loops, but the Luling Walmart's Back to School section is pretty small compared to larger Walmarts.  Your Walmart may have a better selection that has just such a case, or it may have an even smaller selection that offers only the binder cases (which I really wanted to avoid, just because I don't really use them).  I ended up buying a Studio C zippered fabric and plastic pencil case, mostly because I love glitter, and I loved glitter as a teenager, and this is probably the case I would've gone for anyway.

The case feels really sturdy and well made, and it's super cute as well.  The exterior has a clear plastic shell around the glitter, so glitter wont be flaking off everywhere, and the inside is lined.  Should your pens leak inside your case, I think it would do an ok job containing the ink and preventing it from getting all over your bag.  While this isn't the best pencil case I've ever used (that award goes to the Nomad I've used since graduate school), it's a pretty decent case, and I think it's a good deal for $3.97.   I would DEFINITELY have used this case in high school or college, and would've loved it. 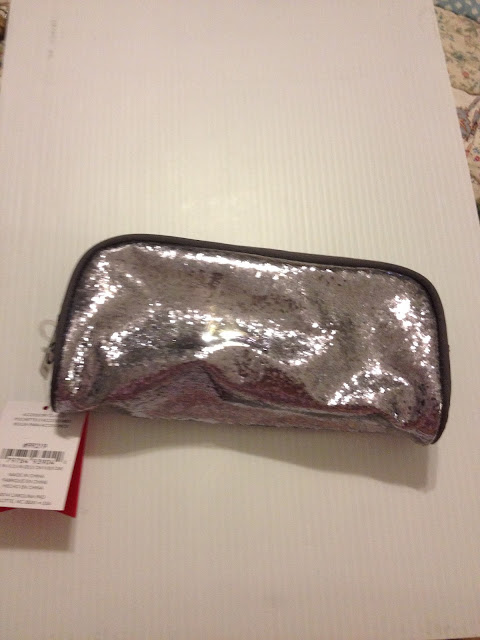 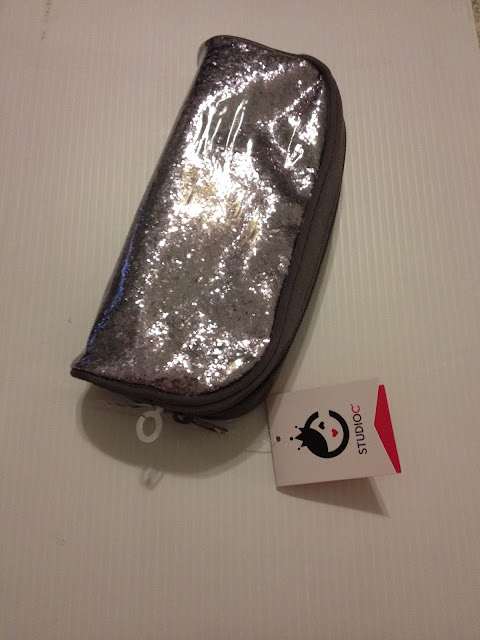 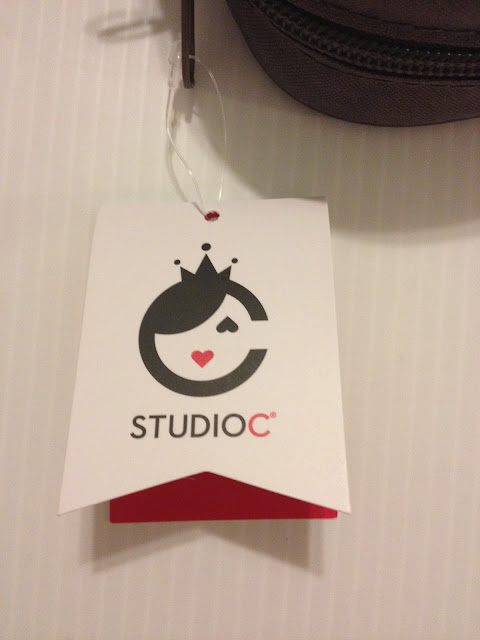 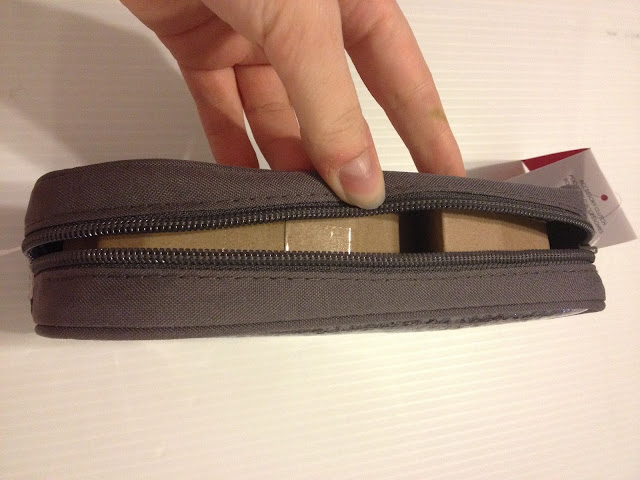 The company included this cardboard insert to help the case keep it's shape during shipping, and to prevent it from becoming horribly mangled. 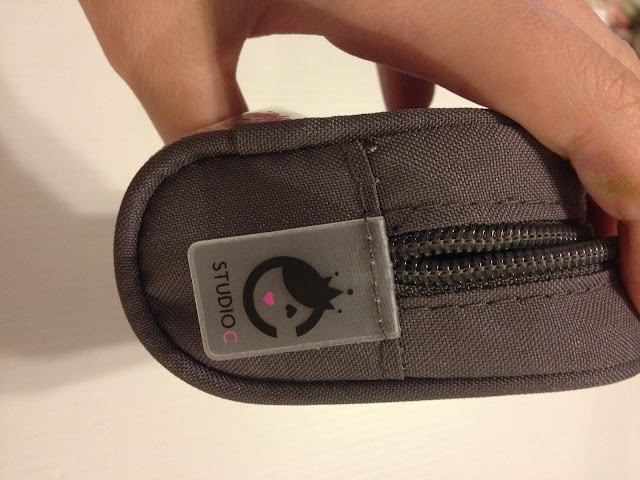 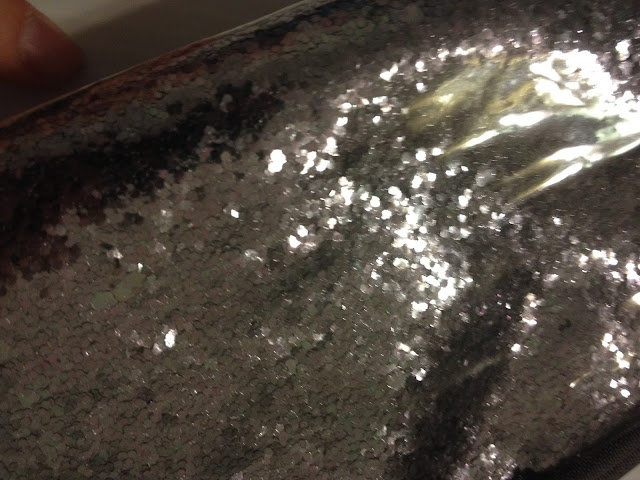 Below are some shots of my Studio C Glitter Pencil Case holding some of the sketching and inking toys from Walmart that I'll be reviewing a little later on.  I wanted to give you guys an idea of how much this case can hold- there's really a LOT of room. 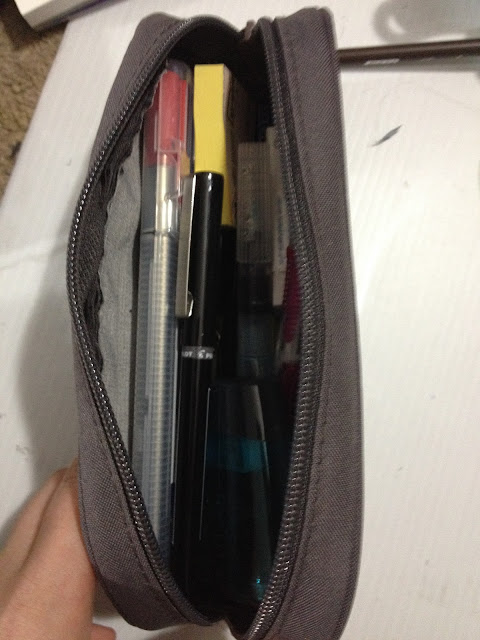 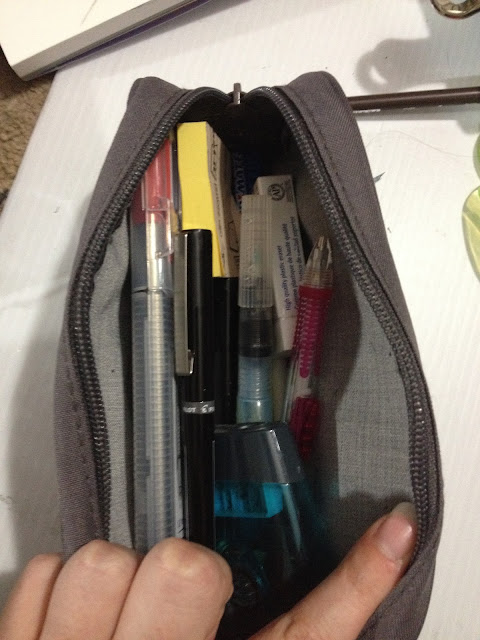 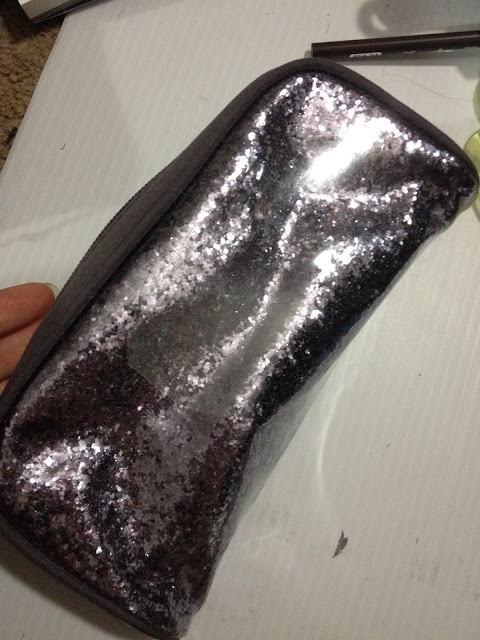 Even with all this stuff inside of it, the pouch isn't anywhere near full. 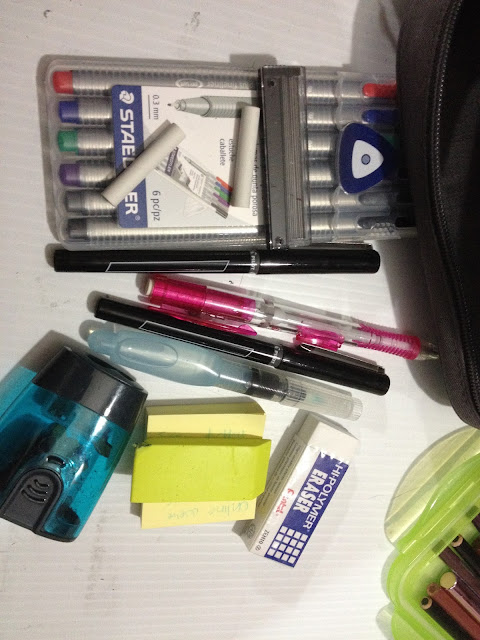 This glitter pouch by Studio C is the perfect size for some of my travel watercolors, so I think I'll upgrade my setup a bit by switching over.  I really like this case, I think it's cute and well made.

The only problem with one pocket cases is that they tend to get overstuffed, and then it's difficult to quickly find what you want.
Email Post
Labels: accessible art supplies affordable art supplies pencil pouch Walmart Art Supply