So I started writing this post about the Tul Fineliner, and when it was almost entirely written, my computer crashed and I did something unthinkable for 2015- I hadn't saved it.  I like to draft my posts in a notepad before copying them over th Blogspot, and this was one that just didn't make it.
In an ideal world, I'd source my pens and pencils from a variety of places both online and brick and mortar.  When I lived in Savannah, GA, the DickBlick on Broughton Street always provided new materials to test (that I paid for myself, of course), but Nashville, TN doesn't have quite as many opportunities for art supply novelty.  In a way, I think that's great, as my experiences are probably more similar to that of my audience's.  Sometimes we have to take what we can get, and sometimes that means we're buying drawing and inking supplies at Office Max or Office Depot, because that's what our town has.

I purchased this Tul Fineliner from my local Office Max while I was having prints made for Mechacon 2014 (link), and it's been floating around my desk ever since.  I've used it often for writing, but I'd initially purchased it to test it as an inking tool, and I've finally gotten around to doing just that.

Accoding to the Office Max site, Tul is an Office Max brand that was designed in 2006, and it seems like other stationary bloggers are enjoying the brand overall.  OfficeSuppliesJunkie has several of the Tul line (which includes a variety of pens, mechanical pencils, and highlighters).  From The Pen Cup also took a look at a variety of Tul products, and I'm definitely interested in purchasing a Tul mechanical pencil and seeing how it stacks up to my usual go-tos. I have the Tul fineliner (also referred to as a marker by some) and the Tul rollerball, and I'll be demonstrating the fineliner in this post. 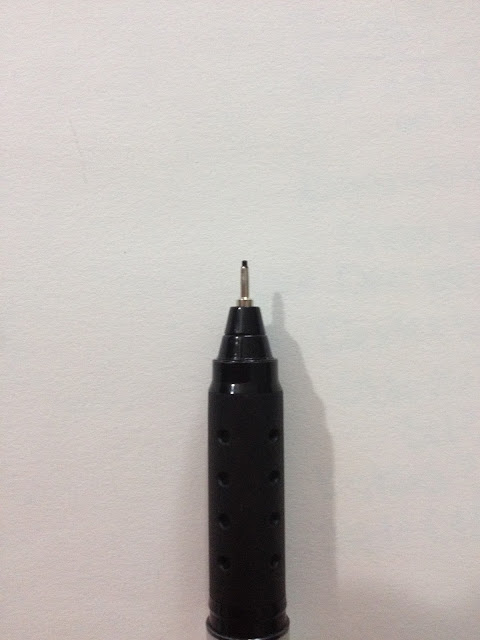 The felt tip on the Tul resembles other commonly available technical pens intended for inking. The felt tip is encased in a metal pipe, to protect it from too much wear and tear. 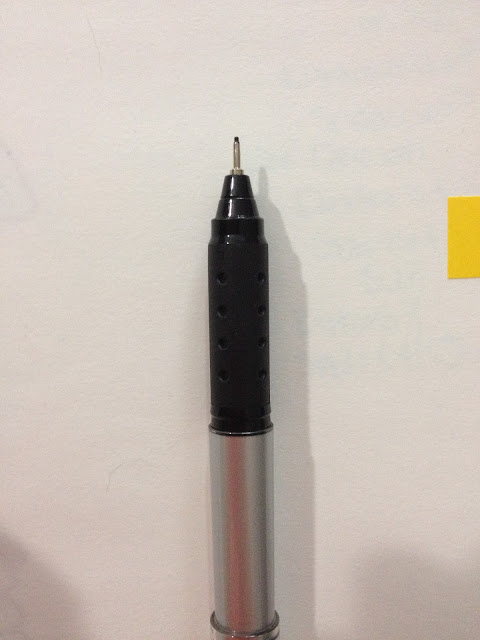 The Tul felt tip is bulkier in the hand than most technical pens, and has a rubberized grip to help with extended use. 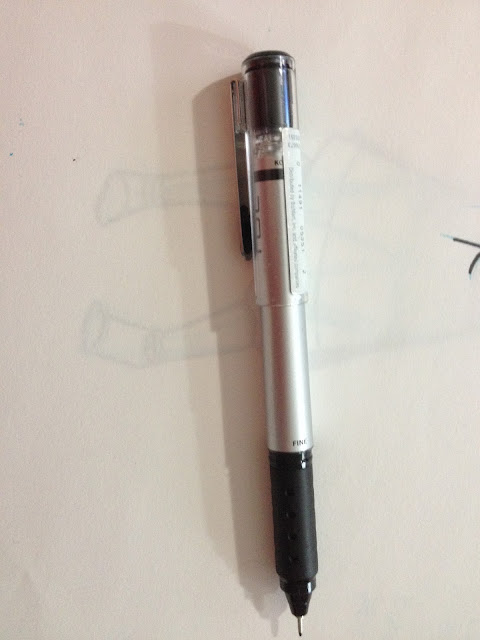 The cap posts to the back, and has a plastic clip. 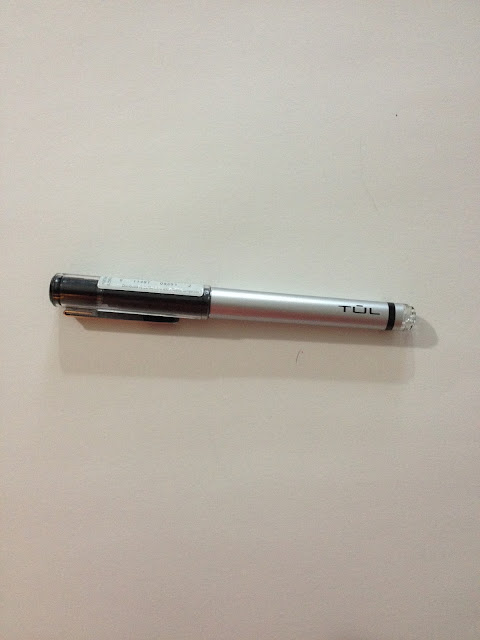 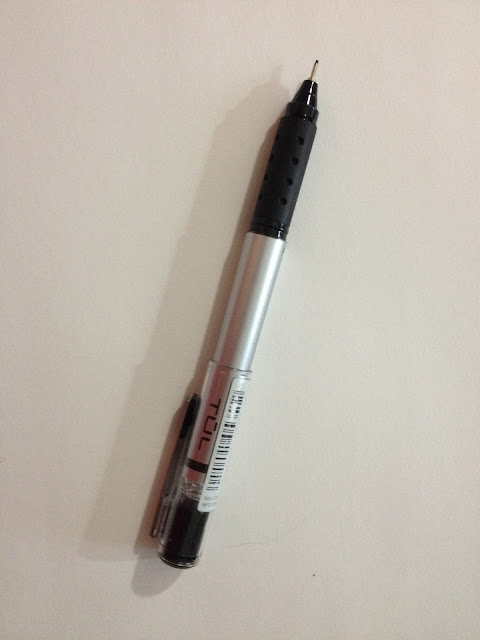 Since I purchased this pen to test it against technical pens, I pulled several of those out for comparison purposes.  For the most part, I no longer ink with tech pens- I prefer fude pens and brush pens.
﻿﻿
The Tul Fineliner seems to have a .5 nib, although that's not marked on the body of the pen.  Of the technical pens I own, the Tul Fineliner is the only one with a rubberized grip.  The Copic Multiliner and the Koh-i-Noor Rapidograph pen bodies are about as thick as the Tul Fineliner.
﻿﻿

Of the technical pens I own, the Rapidograph functions more along the lines of a roller ball pen, as it doesn't have a felt tip, but a little ball in the metal pipe to facilitate drawing and writing.  Both the Copic Multiliner and the Koh-i-Noor Rapidograph are reusable- with the Copic you can replace the nib and the ink cartridge independently, the Rapidograph needs to be cleaned and have it's ink bladder filled.  My offhand recommendation is that if you're just getting into inking, skip the high-maintenance, expensive Rapidograph in favor of something that's easier to maintain.

When I purchased my Tul Fineliner, I also bought a Tul Rollerball (my OfficeMax had a sale on their in stock Tul products, so I grabbed what I could), and I've fished it out for easy comparison.
The Tul Rollerball features a metallic finish on the cap, but a more translucent body, whereas the Tul Fineliner has a translucent cap but a metallic finish on the plastic body. Both pens have sturdy metal caps and rubberized grips. 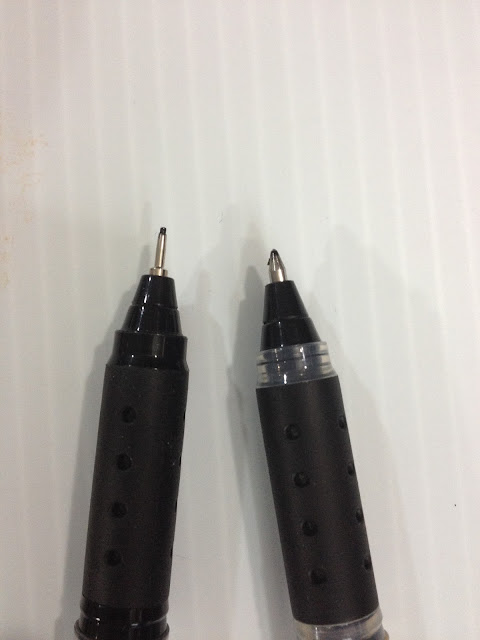 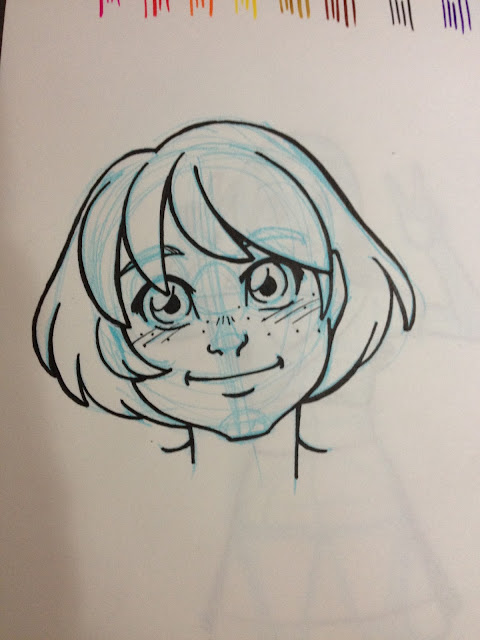 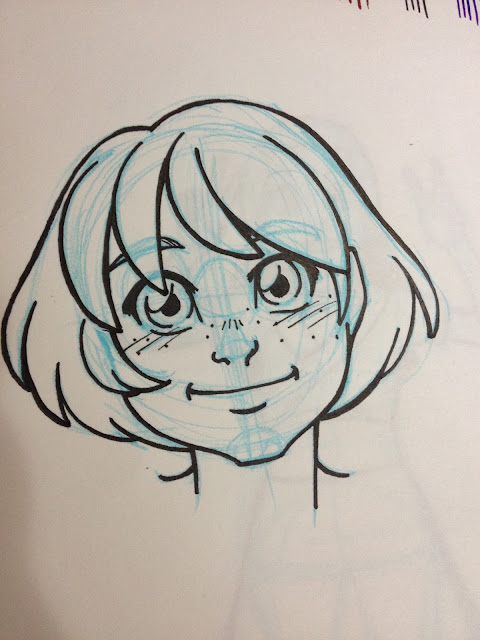 The Tul Fineliner handles just like a technical pen- similar to a Copic Multiliner or a Sakura Micron.  Just like a technical pen, the Fineliner has no give, so if you want lineweight variation, you're going to have to go over the linework a few times.  For me, this is frustrating- I'm used to relying on my wrist and my fude pen to give me the lineweight I want, and I find going over the same lineart several times just to varied lineweights to be boring.  Once you go fude, you never go back I suppose.
With that said, the Tul fineliner isn't bad at all, and if you're in a pinch (say you forgot your drawing supplies before a big convention), it'll definitely do the trick.

The Tul isn't a bad last resort for inking, and it's a fine pen for writing.  I use mine in my planner, as the ink is dark but doesn't bleed through.  There's also a roller ball version of the pen, which is also fine for writing, but I don't really recommend rollerball pens for serious inking.  Tul makes a few colors, although nothing really fancy or exciting