Recently my excellent friend, Alex, got on me about how unattractive my Tumblr layout was.  I made excuses about not knowing the last thing about customizing my Tumblr, and she kindly offered to help.  Though you can go check it out for yourself, below is a screencap for the lazy: 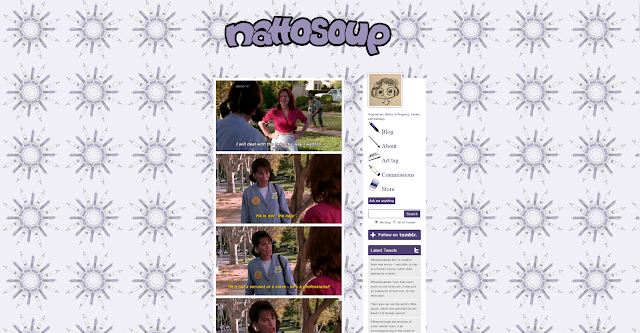 I ended up creating a custom background and a brand new header for the blog, since I'm an illustrator and the idea of utilizing a pre-made background makes my skin crawl.  I sketched and inked some of my most commonly used art supplies, then slapped some color on them in Photoshop.  Originally I was going to do a 'random' tile pattern, but after noodling around for a bit, I decided to make a kaleidoscopic snowflake instead. 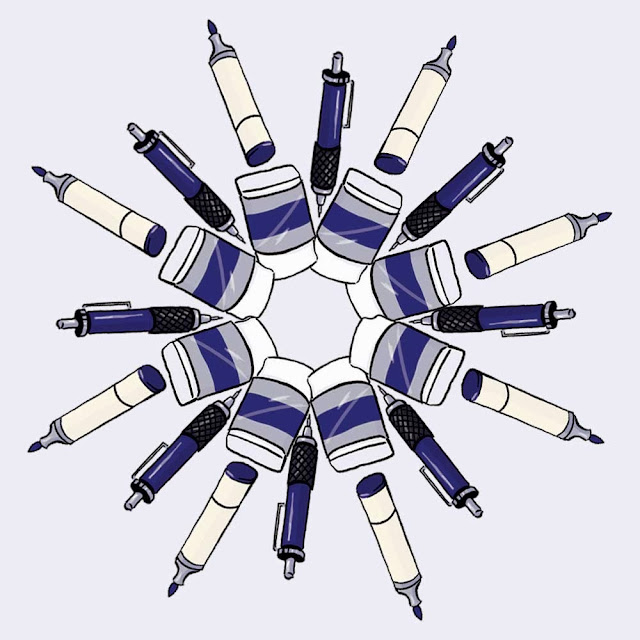 Original tests proved the background to be too distracting, so I slapped a layer of the background color on top and fiddled with the opacity until it wasn't so in-yo-face. 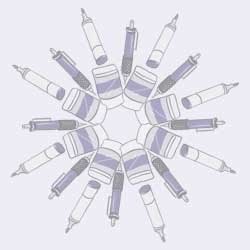 The new header isn't quite the usual 'nattosoup' logo, since it's a lot more horizontal, but it was designed with Tumblr in mind.

The navigational icons are just reutilized and resized objects from the background.