In the past two months, I've done guest comics for two friends- Zack Turner (Unlife) and Cassie Freire (Catnip Circle).  I can't just dash out a comic, so I opted to do paperdolls for both of them.  For Zack, I did little sister Jenners, and for Cassie I did Mela and Pera. 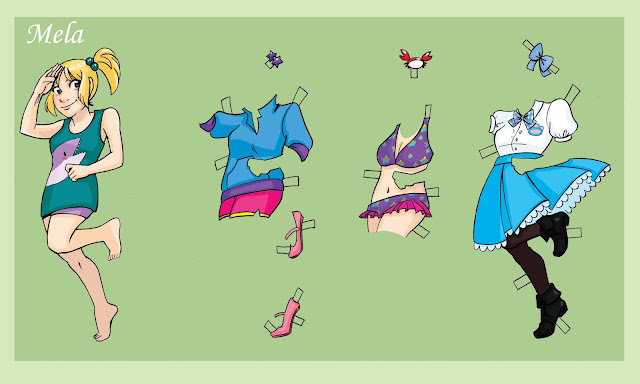 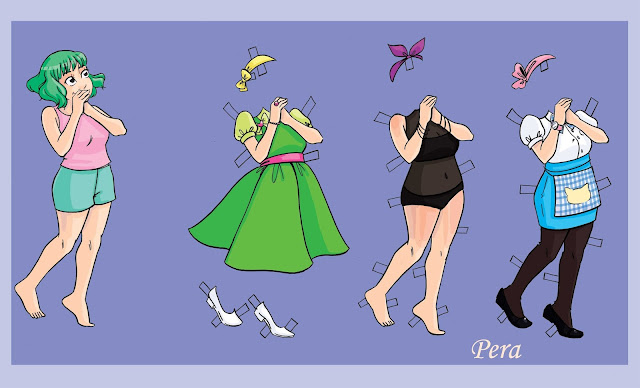 Paperdolls aren't necessarily easier or faster than doing actual guest comic pages, but when I'm in the middle of doing pages of my own, it's hard to switch focus quickly.  Paperdolls offer a solution that still requires the same amount of physical and technical effort, but doesn't require me to shift gears away from my own work.  Plus I like drawing outfits.  These were all done using a basic character sketch, tracing paper for the outfits, scanned, bluelined, inked with fude pens, scanned, then digitally colored and put together.
Email Post
Labels: guest comics paperdolls