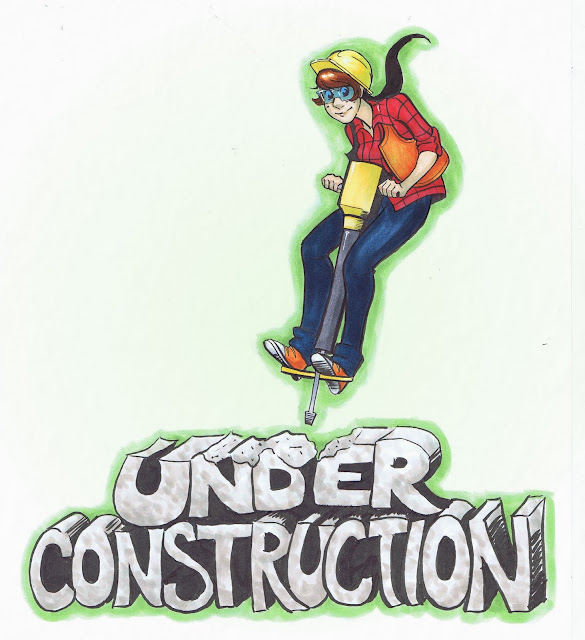 Just a placeholder image for my website.  I drew it last semester, scanned it, bluelined it, made some corrections, and inked it.  The inking job is not the best, but that's ok, I gotta keep on truckin' Nattosoup.

I'll be at Otakon this weekend, in beautiful Baltimore!  I'll be selling a mini comic, an ashcan with minis in the back, and a children's book, as well as bookmarks, charms, buttons, kanzashi, and sketches.  When I'm not making the money, I'll be trying to catch up on the massive amount of schoolwork that's been woefully neglected.  So stop by and show me some financial support, or just come by to watch me work and say hello.  You should definitely make it a point to drop by on Friday, as that's when me and some of my studiomates are doing Final Fantasy cosplay!  I'm the white mage (the secret project I've been hinting at, but noone guessed), and I'm offering 2$ off ANYTHING Final Fantasy related (so basically sketches or more fleshed out commissions, but hey, that's two bucks off!).  I plan on doing a con report on both Heroescon and Otakon when I return, and finishing up my series of posts on materials and process.  Hopefully I'll have amassed enough sketches during the con to warrant a sketch dump.

I'm currently working on a 12 page promo comic for Foiled, a longer webcomic I plan on alternating with Ready Set Go.  I'm going about things a little differently, and I'd love to do a post about the process when I've got the inks finished.  Instead of doing pencils, I did tight roughs, but I'm a little nervous about bridging the gap in detail, so I'll share the entire thing, from roughs to lettered inks, when I'm further along.
Email Post
Labels: construction copic Jackhammer markers Ready Set Go