Today marks the third anniversary of launching 7" Kara as a webcomic, and it's been a weird ride.  My nearly 10 years of work on 7" Kara has seen a lot of changes- graduating from SCAD, moving from Savannah to Nashville, working closely with other artists to working in near isolation, the formation of Ink Drop Cafe, the dissolution of Ink Drop Cafe, dozens of conventions, self-publishing Volume 1, researching comics and watercolor, teaching comics- I've grown so much while working on Kara. 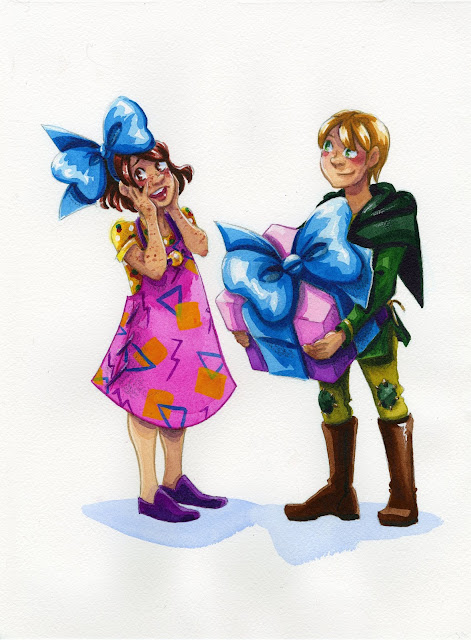 The past three years, from when I first launched 7" Kara on February 11th, 2017, have not been nearly as turbulent as the whole, but it's been fruitful for development and growth.  Dozens of conventions, representing my own book, joining SCBWI, regular teaching gigs, participating and moderating Ink Drop Cafe, tabling at SPX with several perfect bound books- I'm in a totally different place from when I started painting the first Kara pages.

While Kara is not my first comic by a long shot, it's the first longform comic I was willing to share not only with friends, but with the internet as a whole, and with readers via the perfect bound Volume 1.  It took a lot of courage to begin uploading comic pages three years ago- the audience for web comics is pretty different from the audience for print comics, and I knew my preferred demographic isn't really using the internet yet.  But I also knew sharing Kara as a webcomic would not only open me up to critique and criticism, but to potential friendships, and would give me a chance to prove myself to online peers.

The worst response I've gotten is from people who judge my current artistic ability based on what they see in Chapter 1- comic pages painted 8 years ago!  Watching my art develop as I work on 7" Kara has been really exciting for me- I've always loved comics that evolved with the artist's ability, rather than sticking to an outdated 'style'.  I'm proud of how far I've come in terms of ability and comfort with the medium and the artform, and I love using the contrast between Chapter 1 and Chapter 8 to inspire other artists to begin their own projects. 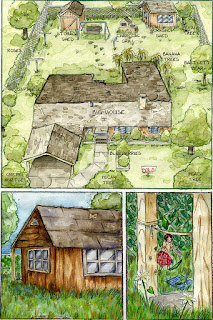 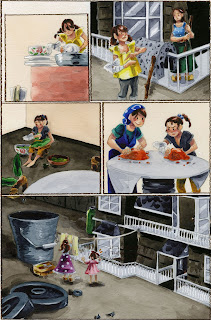 While working on Kara, I researched and learned so much about watercolor.  Beginning the Watercolor Basics series here on the blog helped fuel that passion, and as time progressed, I learned what papers, paints, and brushes worked best for Kara comic pages, and what I preferred to use for standalone illustrations.

When I first started with Kara, I used Cotman Student Grade pans on Canson's cheapest 90lb watercolor paper, with cheap synthetic brushes- the pages are rippled, the colors chalky, the mixes muddy.  I quickly upgraded my paper in Chapter 2- I've reviewed a lot of different papers over the years, and have tried even more, but I lucked out when I selected Canson Montval for comic pages, as it's still my preference.  And as time passed, I slowly switched out Cotman half pans for Winsor & Newton professional half pans, and then later began experimenting with other professional brands.  My watercolor brush selection grew as time passed as well, and I began to prefer natural hair brushes over synthetics.

I struggled to learn how to paint darker skintones, how to paint grass, how to draw animals and not every comic page or panel was a success.  Often I spent time doing watercolor studies- practicing realistic watercolors, painting different scenerios, learning something new every time I tried to flex my wings.  But without struggle we wouldn't have success, and Naomi has become one of my favorite characters to paint, and steals the stage in the Volume 2 bonus chapter, Naomi's Big Day.  And anyone who follows my Instagram knows I love painting grass!

2018 and 2019 were years that marked a desire to find watercolors that performed better than the Winsor & Newton watercolors I was using, and more economical.  I became friends with Kabocha, a fellow watercolor enthusiast, and we exchanged notes and paint samples.  I shared many of my reviews on Youtube, hoping to help other comic artists interested in watercolor.

Working on 7" Kara has inspired so many aspects of my life, from teaching others how to create their own comics to studying watercolor.  I'm excited to see where my art will go, and where inspiration will strike, as I work on the next two volumes. 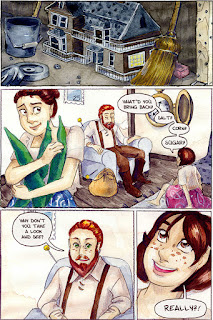 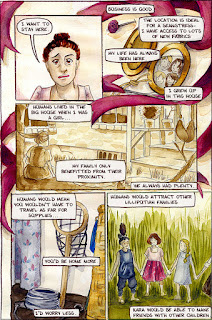 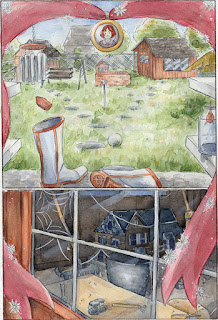 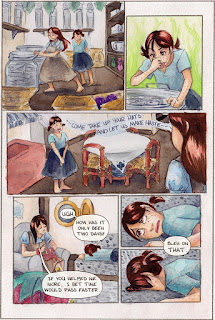 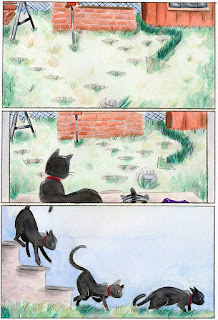 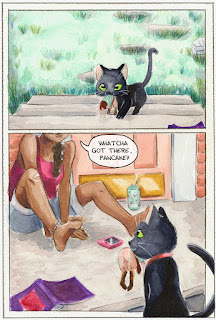 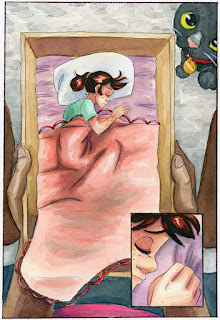 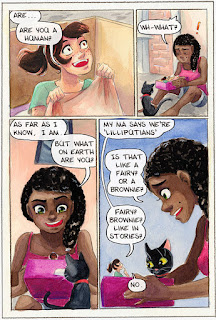 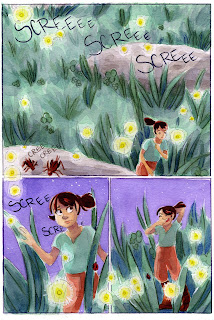 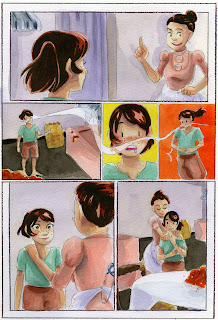 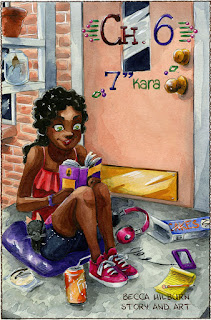 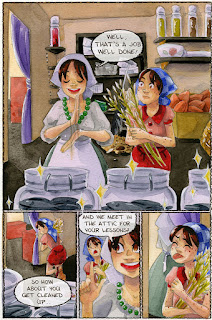 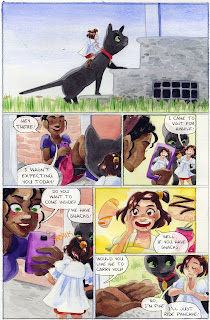 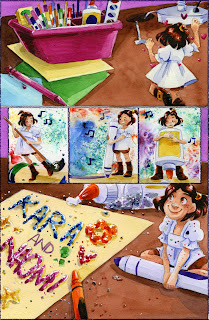 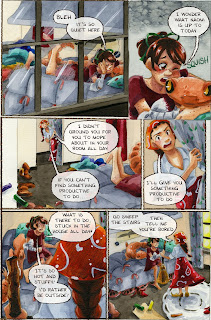 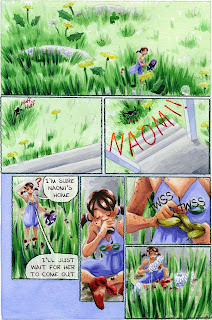 
Those of you who keep up with the webcomic have probably noticed that after Chapter 6, 7" Kara went on hiatus.  I have three additional chapters painted and lettered- ready to go, but I'm holding onto those as a special incentive to support the Volume 2 Kickstarter.  If you'd like to keep on top of Kickstarter news, you can sign up for the mailing list- I have a lot of newsletter exclusive stuff planned!  And hopefully you'll consider supporting Volume 2 after the Kickstarter launches- your support means the world to me, and inspires me to continue painting.