Target Art Supply Review: Up and Up Drawing Book

I've mentioned before that sketchbooks are an important tool and toy for many artists.  Even beginner artists benefit greatly from putting time in their sketchbook, filling as many pages as possible.  Many artists prefer workhorse sketchbooks- plain and simple sketchbooks that can stand up to their demands, but aren't too fussy.

I'm a big fan of workhorse sketchbooks, I've filled many a Strathmore Sketch and a Blick Studio Sketchbook.  I like my sketchbooks frill-free, cheap and unpretentious so I can focus on sketching.  I find that fancier sketchbooks lead to stagefright- a pressing need to only draw the best things, rather than practicing the essentials when necessary.

Of course, fancy wasn't really an issue with my Target finds- the Kenner Target didn't really have much selection in the way of 'fancy'.  To be honest, it didn't have much selection in the way of sketchbooks either, despite the fact that I timed my shopping spree to coincide with Back to School.  My options were Moleskins, which are commonly available, and a single sketchbook sitting lonely on a cardboard shelf.

I'll give you two guesses as to which I went with.  No peeking at the title.

Ok, ready?  Got your guesses?

Today I'll be reviewing Target's Up and Up Drawing  Book. 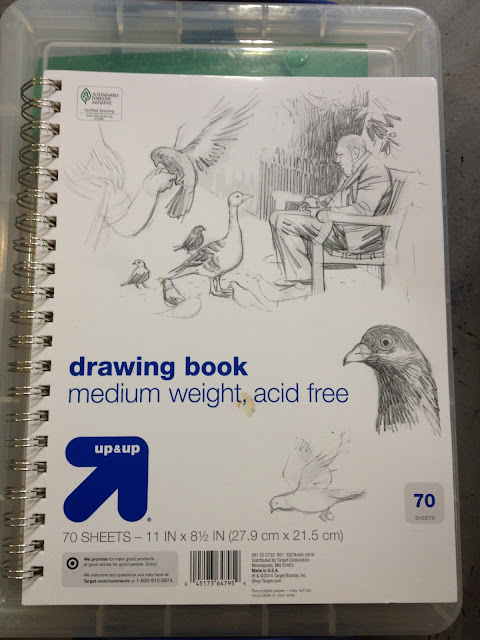 This was the only real sketchbook I could find at the Kenner Target- they did carry Moleskins, but I dislike using Moleskin books for sketching, as the paper is so thin, and prone to smearing with ink.

This sketchbook was the last on the shelf, and there were no other sizes available, so I wasn't exactly spoiled for choice.

Paper inside feels thinner than almost any sketchbook paper I've ever used.  Chipboard on back is also thin and fairly flimsy, feels a bit beaten up. 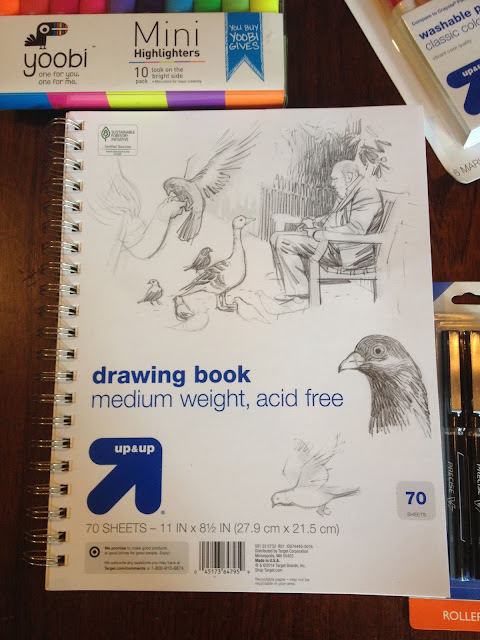 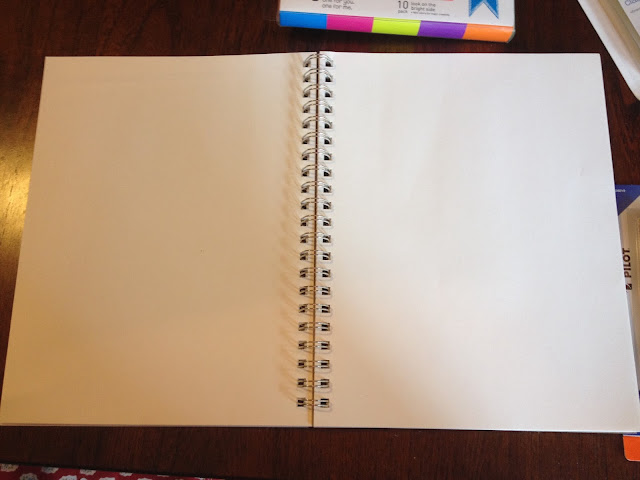 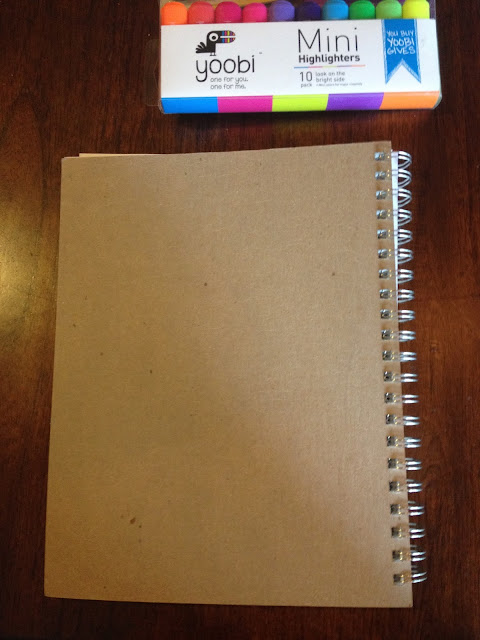 I swatched the Up and Up washable markers on the paper, and it handled them well with no bleed through, despite being thin.  The paper has less texture or tooth than other sketchbooks I've used in the past. 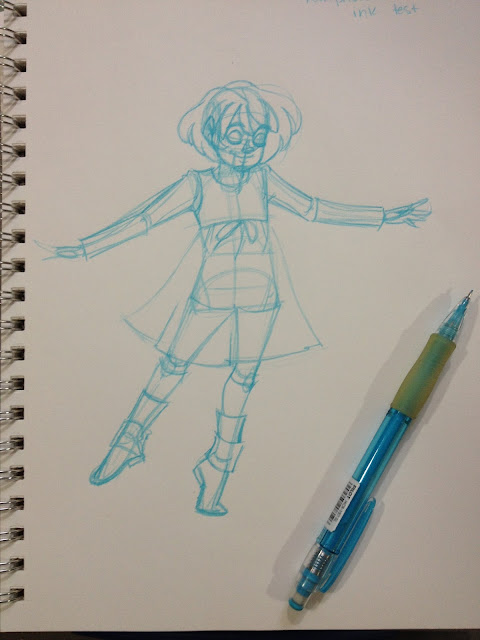 Non photo blue lead goes down smoothly on this paper. 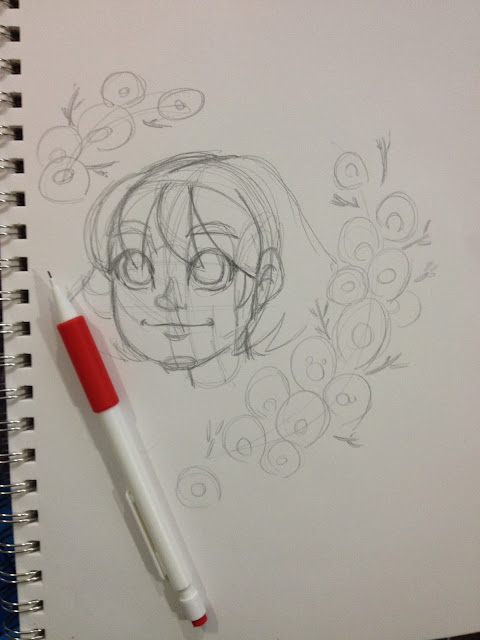 Graphite also goes down smoothly on this paper.

So far, at least with the Sharpie Pen test, this paper is nice to ink on, given how smooth the paper is. 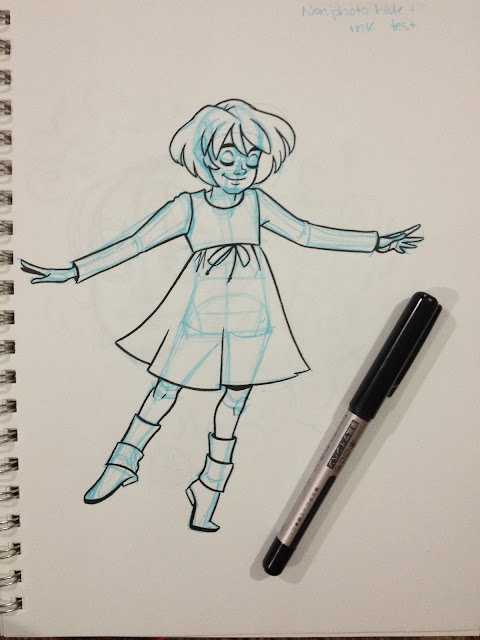 Inking with a Kuretake Fudegokochi over non photo blue lead is also pretty easy on this smooth paper.  Although the ink goes down well on the paper, the paper is so thin that it tends to move around a lot while you're trying to ink and the sketchbook itself is so thin that it flops, not providing adequate support.  This makes the sketchbook difficult to use if you aren't at a desk or using a lapboard. 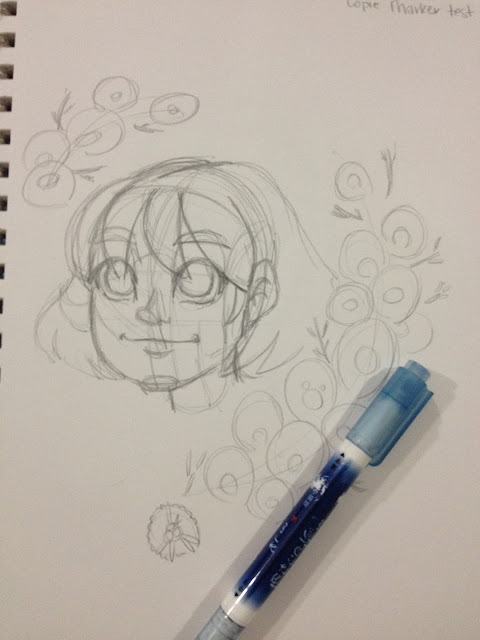 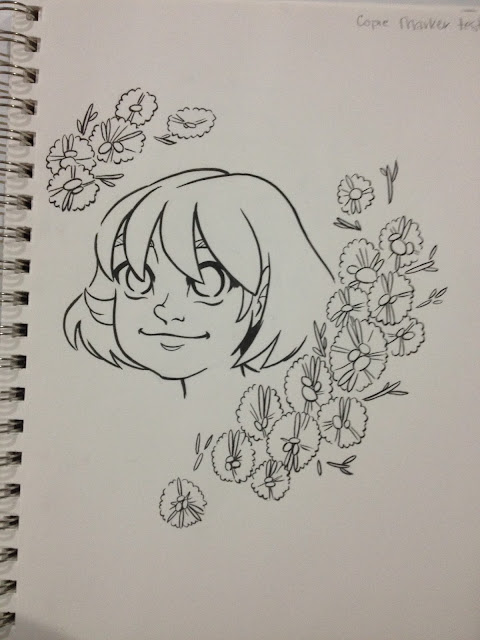 This sketchbook handles penciling, inking, and erasing decently well, but as the paper is thin, it can be prone to shearing with heavy erasing.   I erased the pencils from this using a Mono eraser. 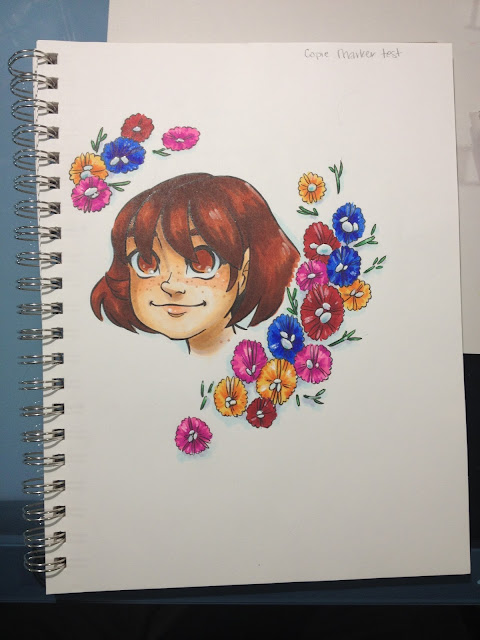 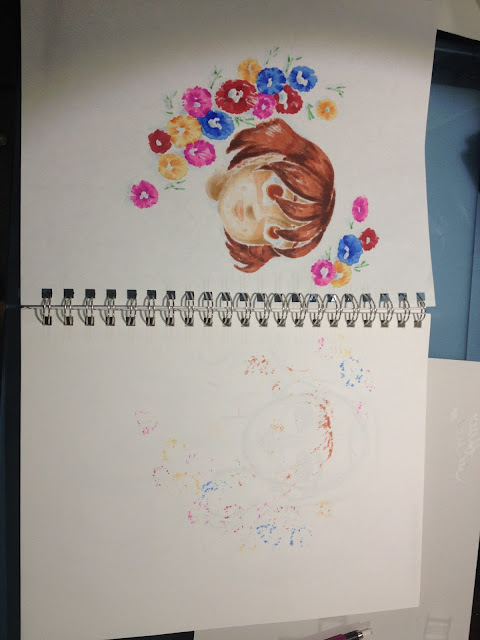 Inks bleed through this thin sketchbook paper, but that's to be expected in almost any sketchbook with thin paper.  If you'd like to prevent this, use a blotter sheet of cardstock beneath the page you're coloring. 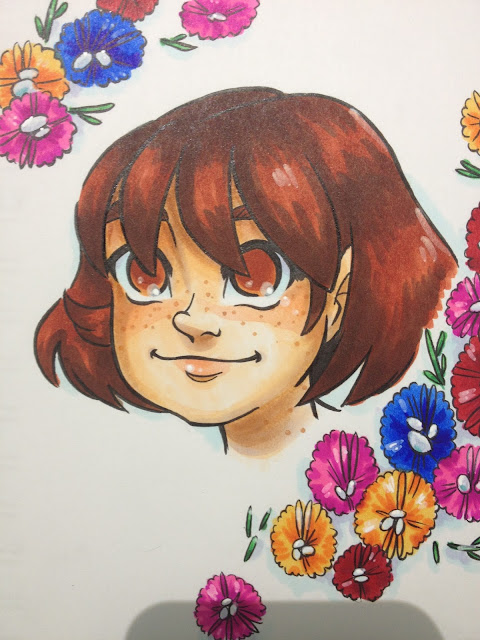 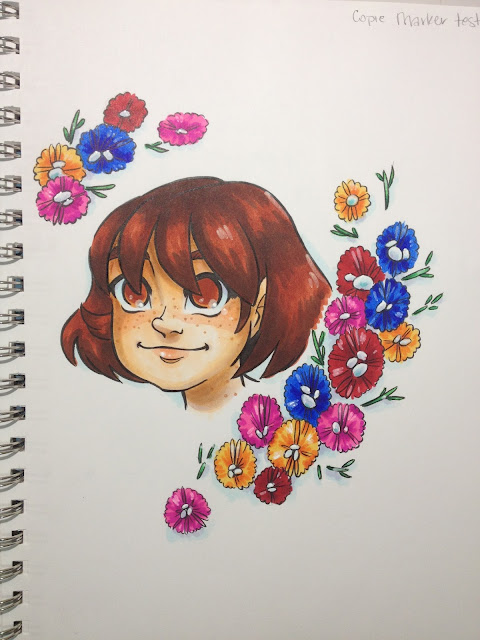 After a certain number of layers, ink seems to sit on top, which is fine, but prohibits further layering and blending. 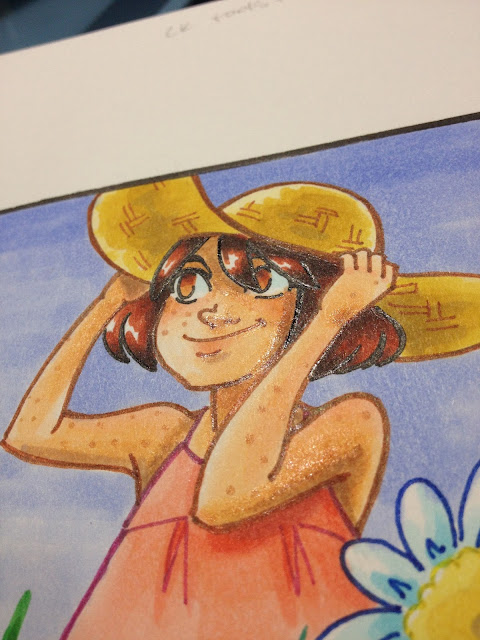 The slight sheen that's visible is ink that hasn't soaked into the paper.


In general, this sketchbook handles alcohol based markers really well.  Colors remain vibrant and bleed through is surprisingly minimal for sketchbook paper.


I'm pretty picky about sketchbooks.  My favorite is the Blick Studio Sketch, top spiral bound, in 9"x12", and if I can't get that, I buy a Strathmore 300 series 9"x12", top spiral bound sketchbook, and I pretty much stick to those two.  As a creature who doesn't like change, it's difficult from me to break from my sketch book habit, even just to test other sketchbooks.

This sketchbook has it's flaws (thin paper, flimsy chipboard), but it handles ink, graphite, blue lead, and markers quite well.  If you enjoy using reasonably dry media (except for loose graphites and charcoals that require texture) this isn't a bad sketchbook, but I wouldn't go out of my way to buy it.
Email Post
Labels: affordable art supplies art supply review sketchbook sketchbook review Target Art Supply Review target art supply review series