Skip to main content
Labels
Posted by Becca Hillburn May 05, 2015

For years, I've used Pilot's Color Eno lead in Soft Blue.  I've used this lead in a variety of drafting pencils, from Pentel's GraphGear 800 (my first real drafting pencil, bought during my freshman year of college way back at UNO), to the GraphGear 1000 (one I still use, but for graphite only), to various Alvin drafting pencils.  While these heavy duty pencils will last for years, they're pretty harsh on your hand, especially if you're cranking out commission after commission at conventions.

For some reason, I maligned regular mechanical pencils as being not professional enough for me.   Part of this is that they can take far less abuse than a well built drafting pencil, but part of this was just me being a stubborn butt.  Mechanical pencils are fine, and may be a lot easier on your hand than drafting pencils.  They do have a shorter working life, but since they're much cheaper, that doesn't really matter, especially if using them extends the life of your drawing hand.

My first foray back into using mechanical pencils for drawing happened after the nth time my Alvin drafting pencil clogged up.  Color Eno lead is fairly soft, and can clog up drafting pencils if it breaks in the mechanism.  Rather than continuing the fight, I ploughed through some of my  squirreled away supplies, and was surprised to find an unused Pilot Color Eno mechanical pencil.  I figured that if anyone knew how to make a pencil that could withstand Color Eno's soft lead, it had to be Pilot. 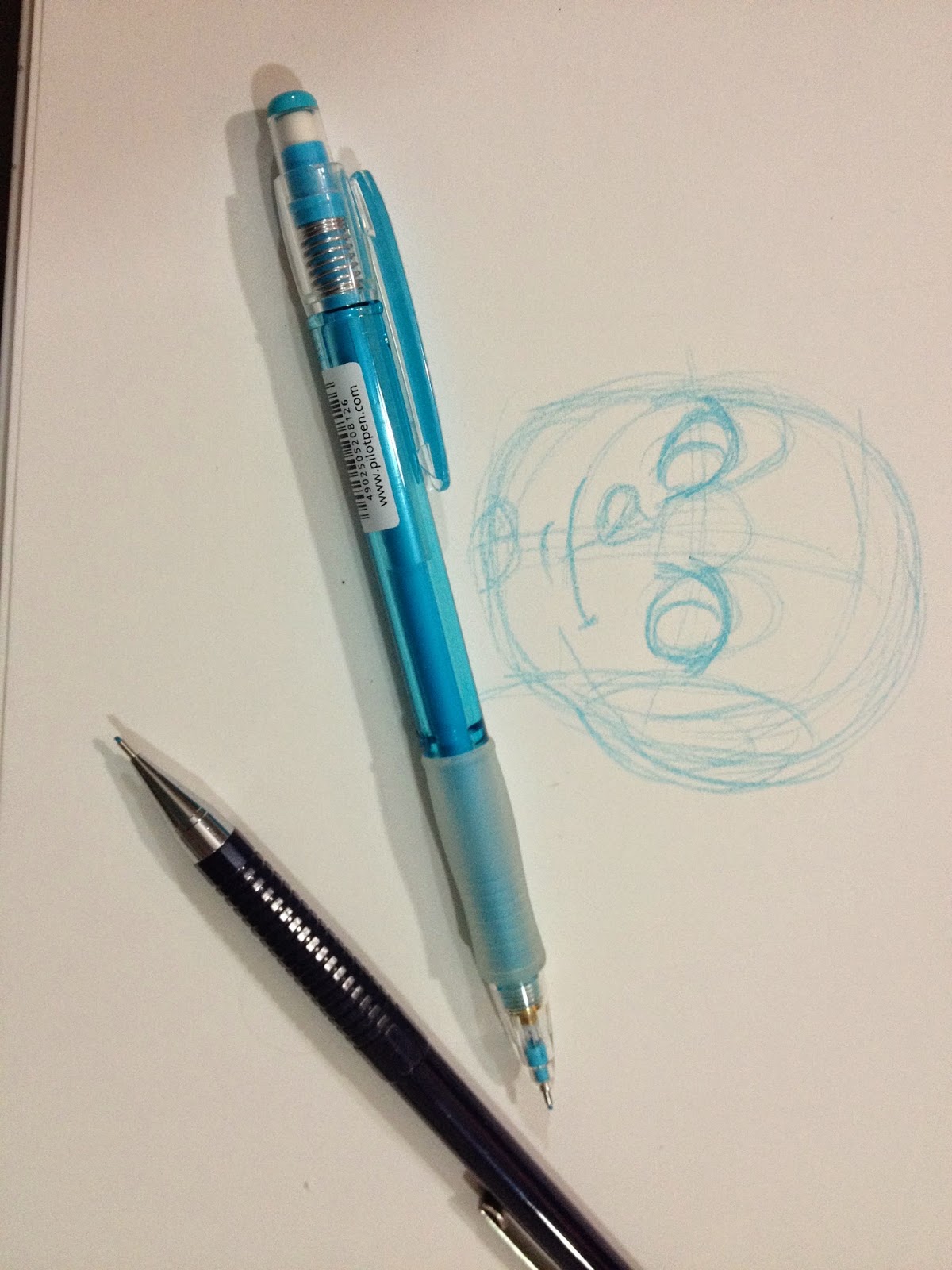 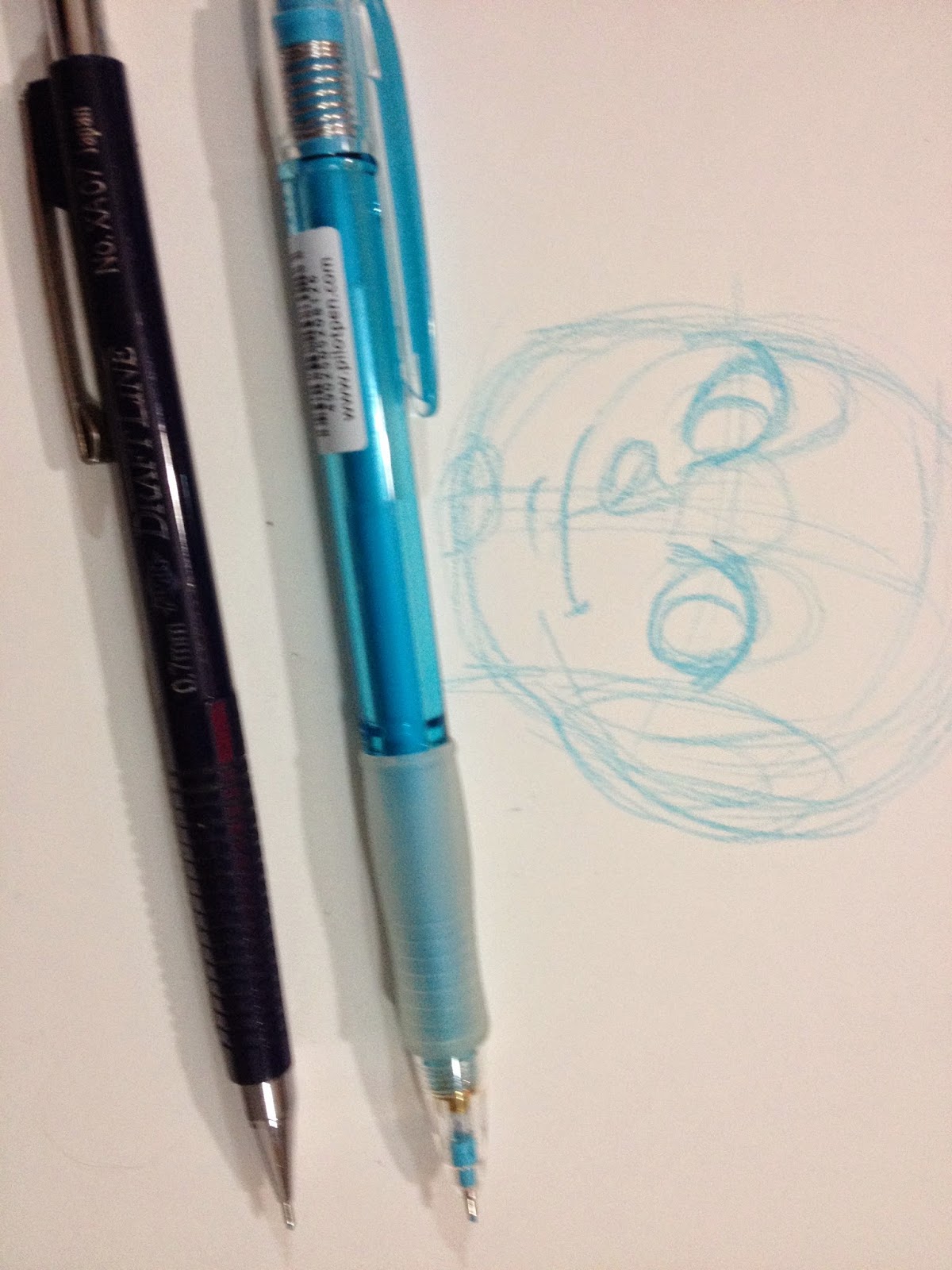 The Pilot Color Eno Mechanical pencil is a little wider than many of the drafting pencils I've used, but it's not uncomfortably so, and it feels well balanced in my hand.  The barrel has a little bit of give, making it MUCH easier to sketch dynamically with this plastic pencil. 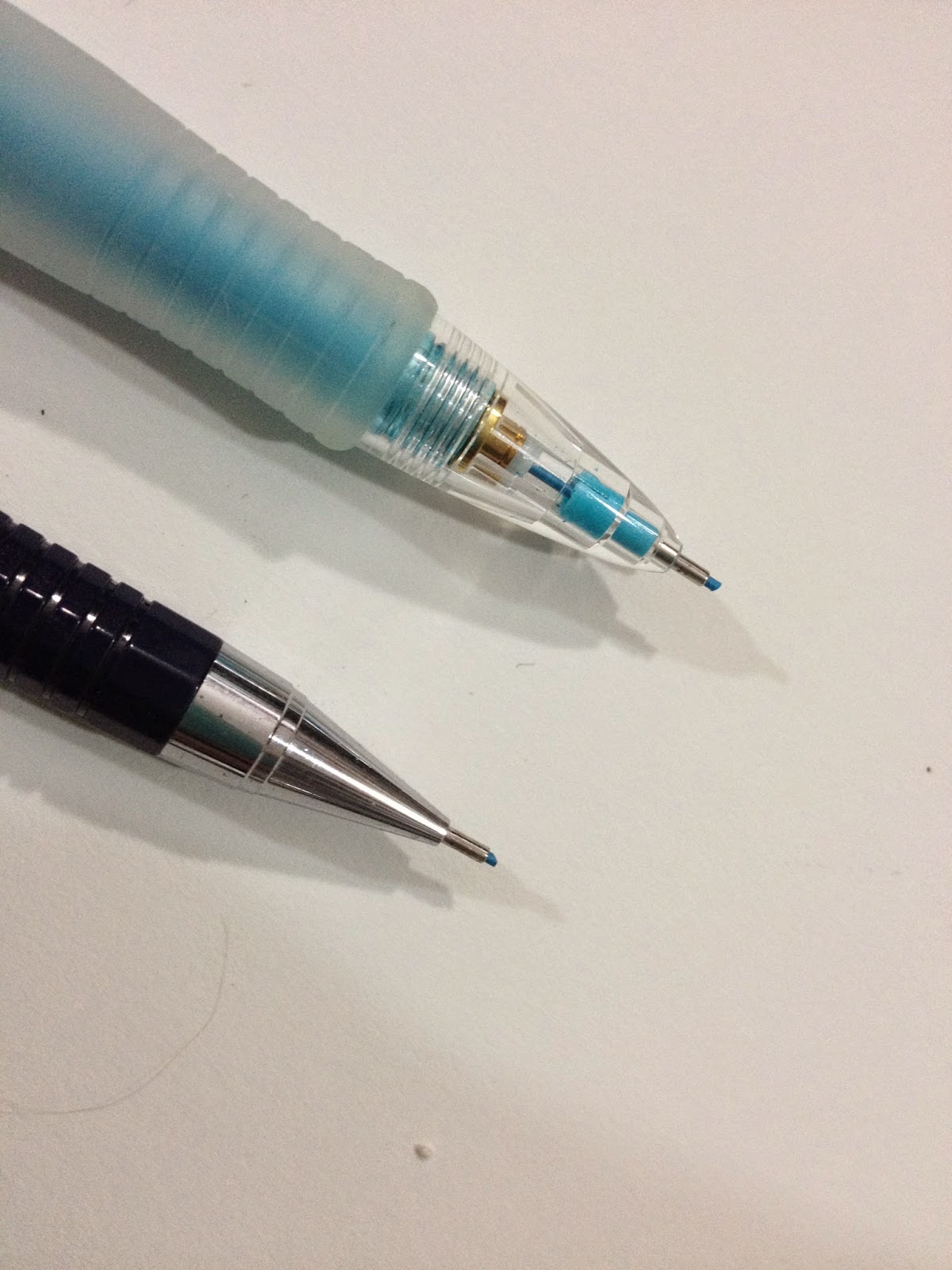 Pilot's attention to detail is seen throughout the pencil, with cute little color accents popping up in unexpected places.  The clear front of the pencil allows you to see if your lead has broken, so you can eject it immediately. 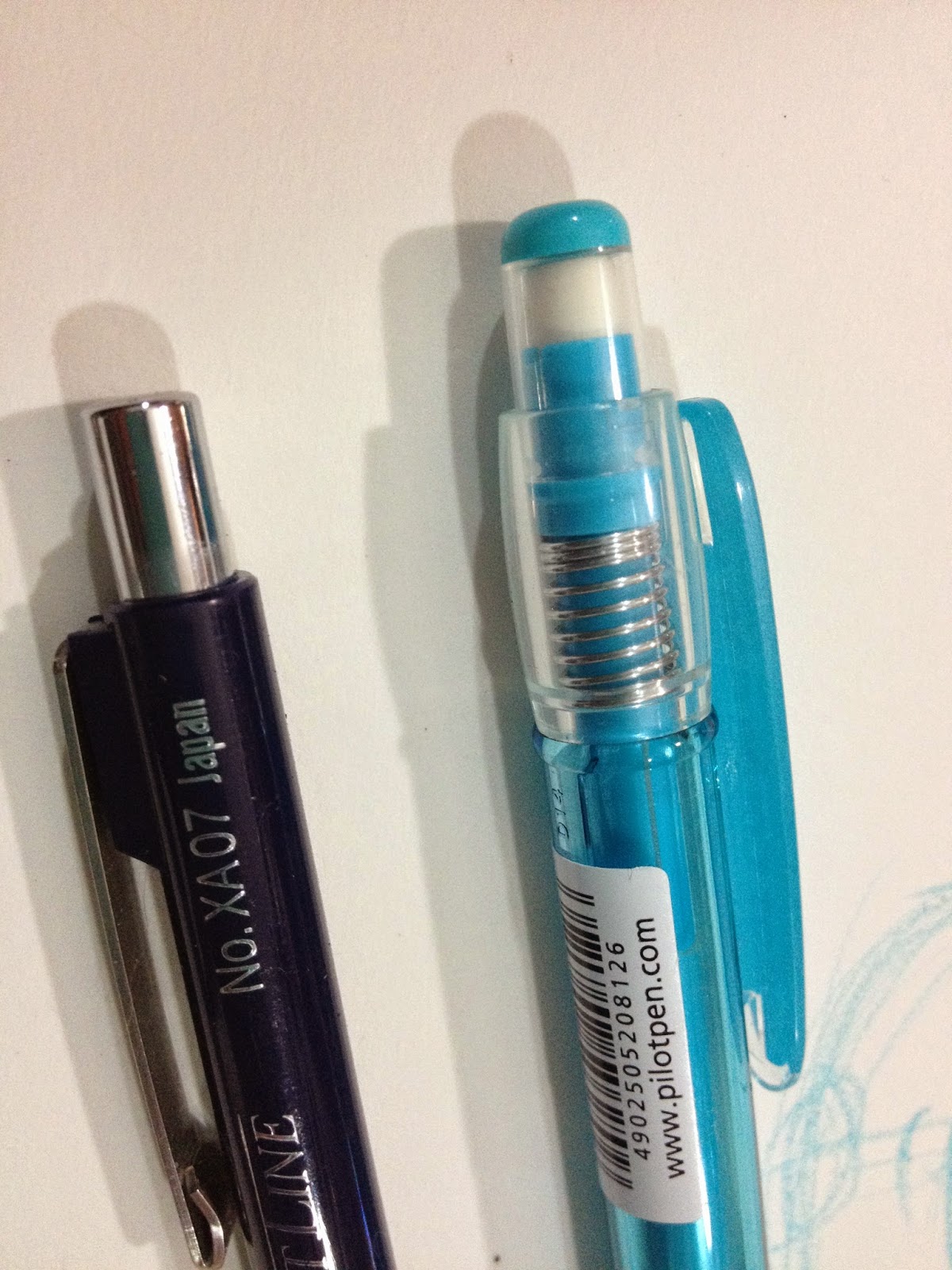 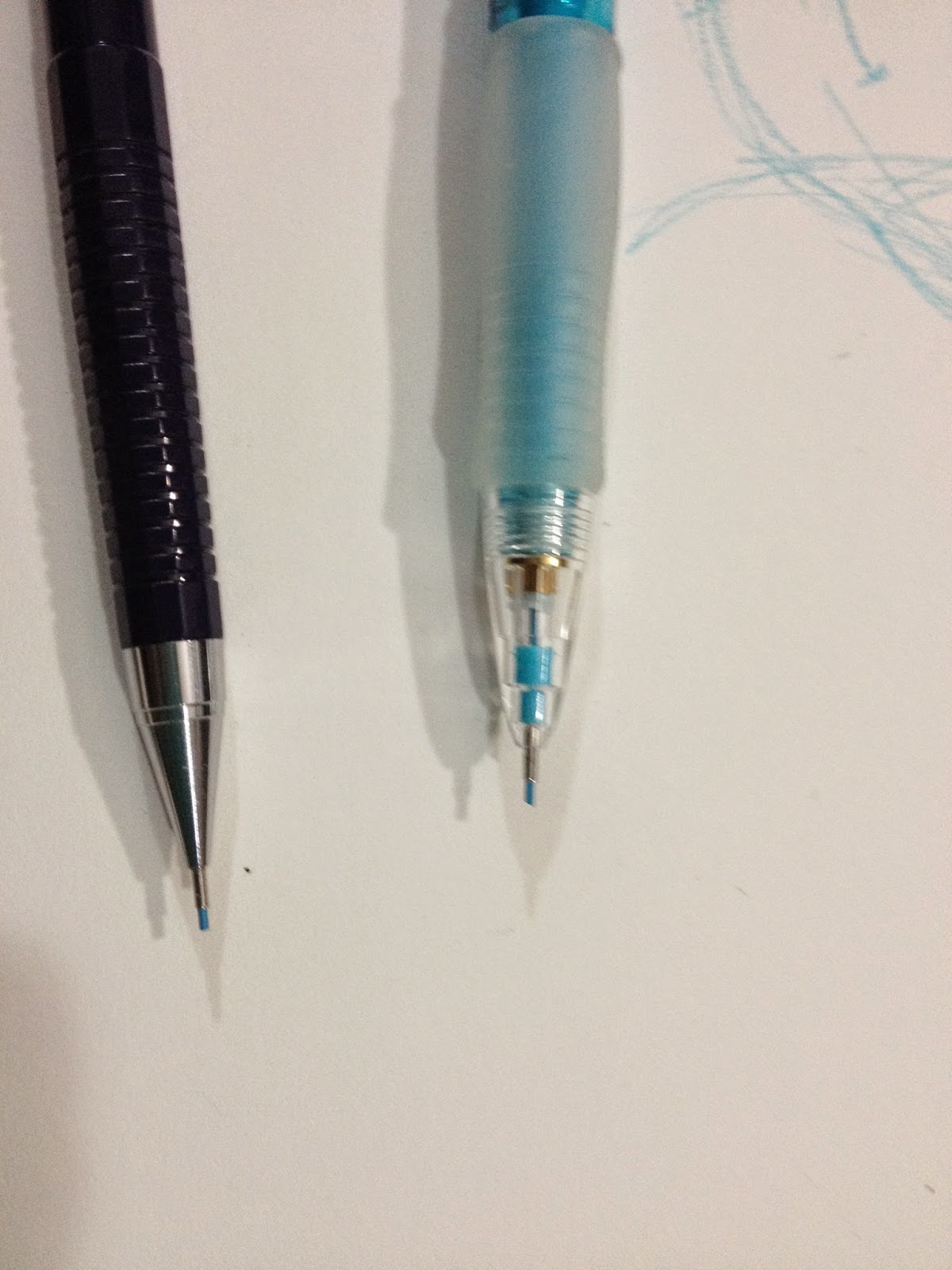 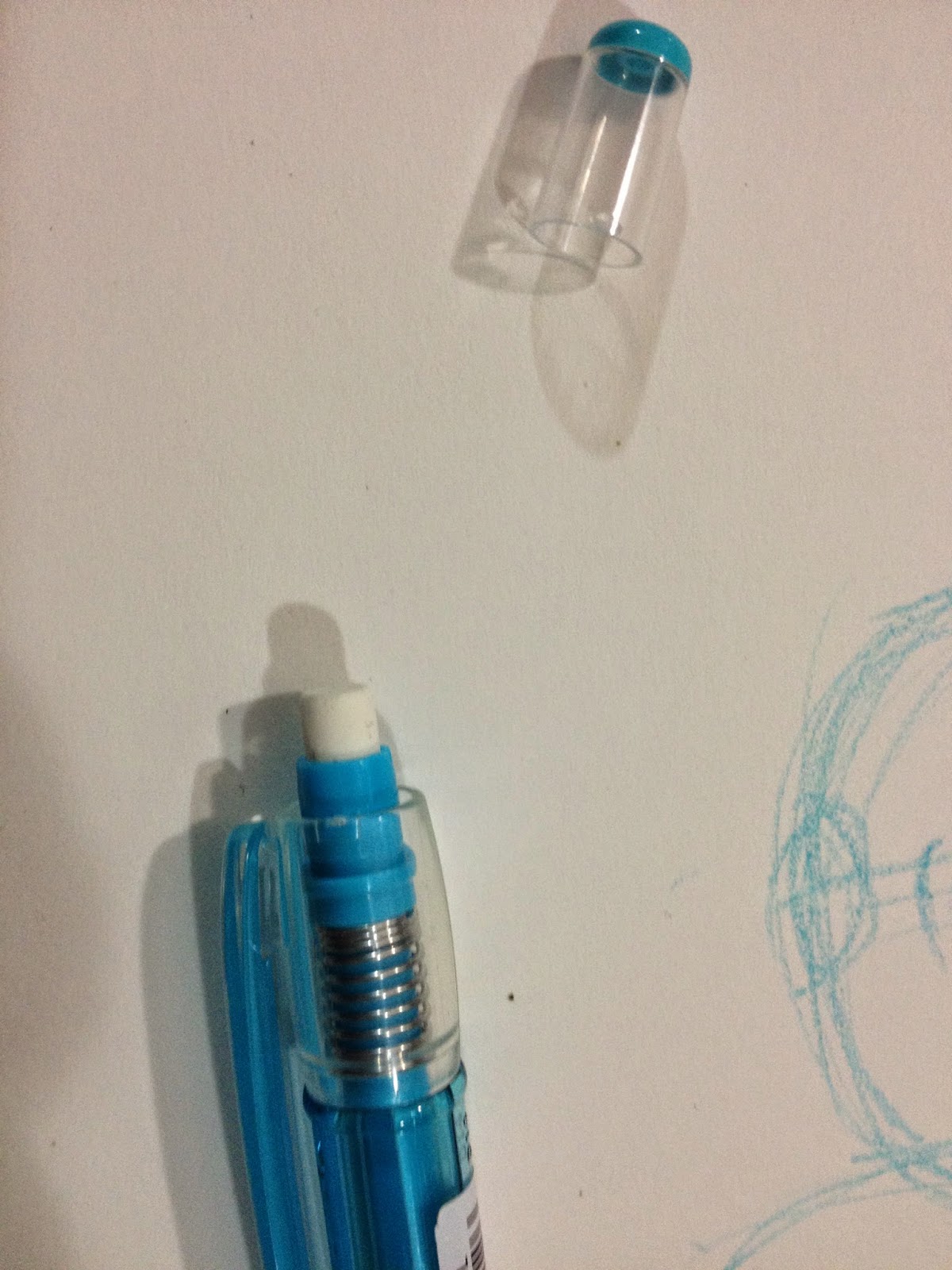 The Color Eno's cap is clear plastic with a blue tip, which somewhat decreases the chances of it being lost forever.  Even without the cap, the pencil is quite functional so long as the eraser is in place, holding the lead in.

I've been using my Color Eno mechanical pencil for a couple months now, and it's held up fairly well to the constant use.  The clear grip has gone a little yellow from overuse, and the lead's dust does accumulate in the front of the pen, but both of those issues are pretty common.  If I wanted, I could easily buy several of these pencils to have on hand, as they are only $2.75 each on Jetpens.  If you find that drafting pencils cause fatigue, you may want to switch to a lighter, more cushioned mechanical pencil.
Email Post
Labels: Color Eno jetpens mechanical pencil mechanical pencil review pencil review Pilot Pilot Color Eno review