Skip to main content
Labels
Posted by Becca Hillburn May 03, 2015

So far, I've reviewed a few color options for your inking needs- Marvy Le Pens, the Mitsubishi Pure Color-F, and Pilot Bravo,  and if you're willing to extend the definition to shades of gray, Pitt Pens Shades of Grey, and the Kuretake Fudegokochi in Gray.  Your options are far from limited to the above, though, as there are plenty of interesting fude pens available in a wide range of colors.

My intention and infatuation with colored pens isn't as a replacement for traditional markers or watercolors, but just as a quick way to add a little color to my sketchbook.  I realize there are far better alternatives if you're looking to render your sketches, and when I test pens, it is with the intention of creating lineart, rather than the intention of finishing that lineart.

On Jetpens, Kuretake's Fudebiyori pens are available several different ways.  You can buy them individually (including metallics like gold!), in six color sets like the one below, as well as 8 color metallics, and 12 color sets.  The 6 color set is $10 on Jetpens, which is pretty fair considering individual pens are $1.65. 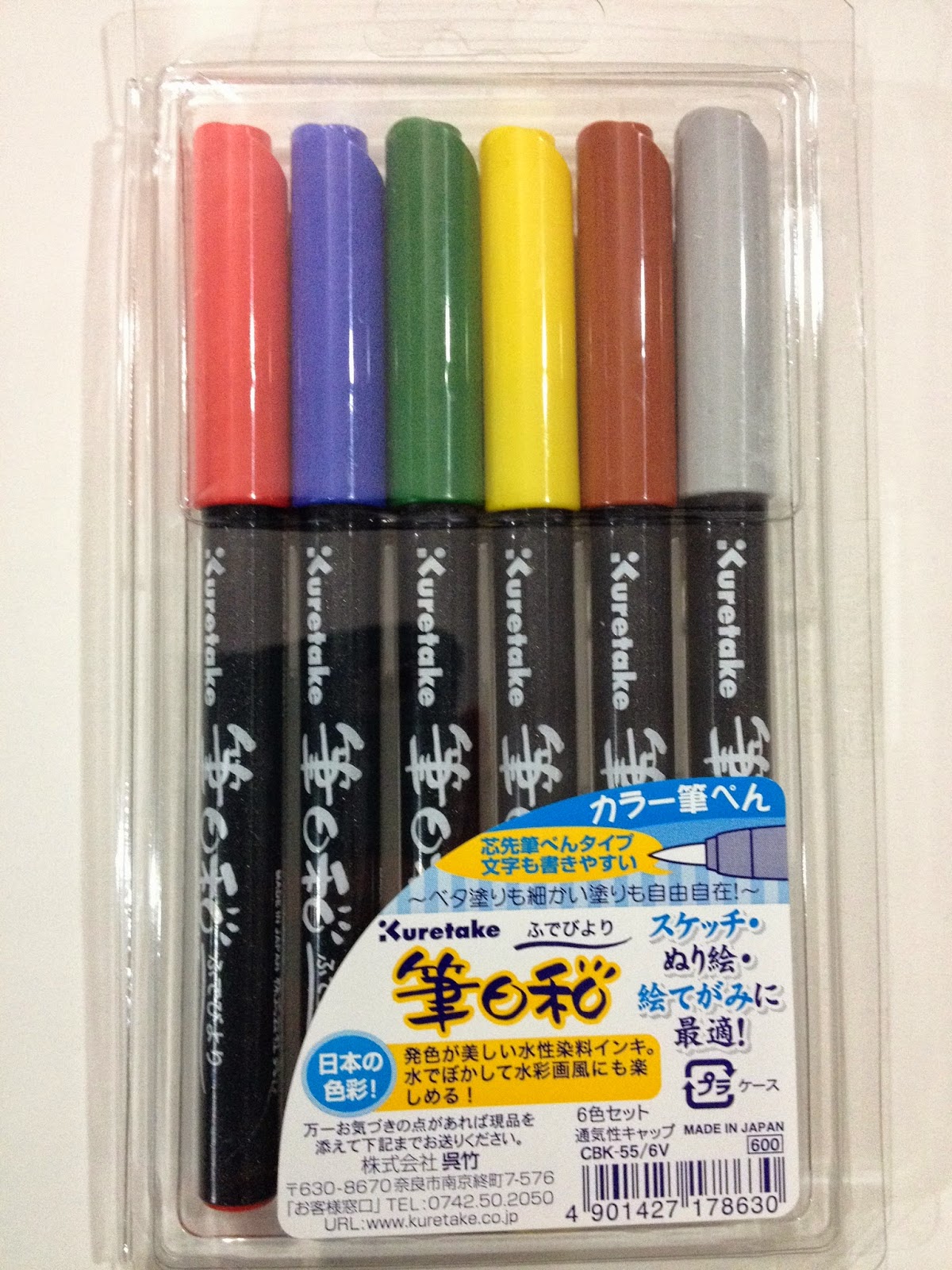 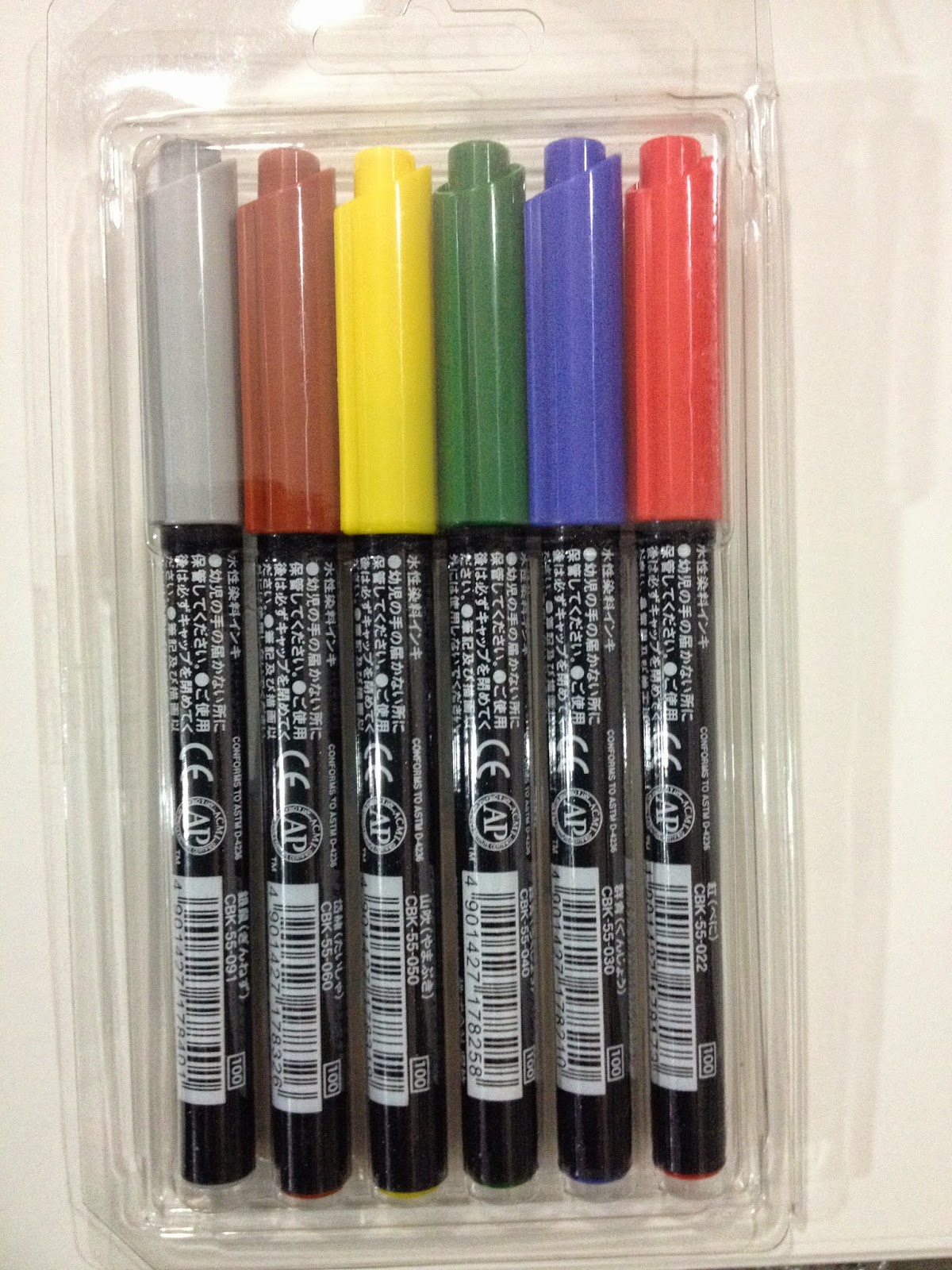 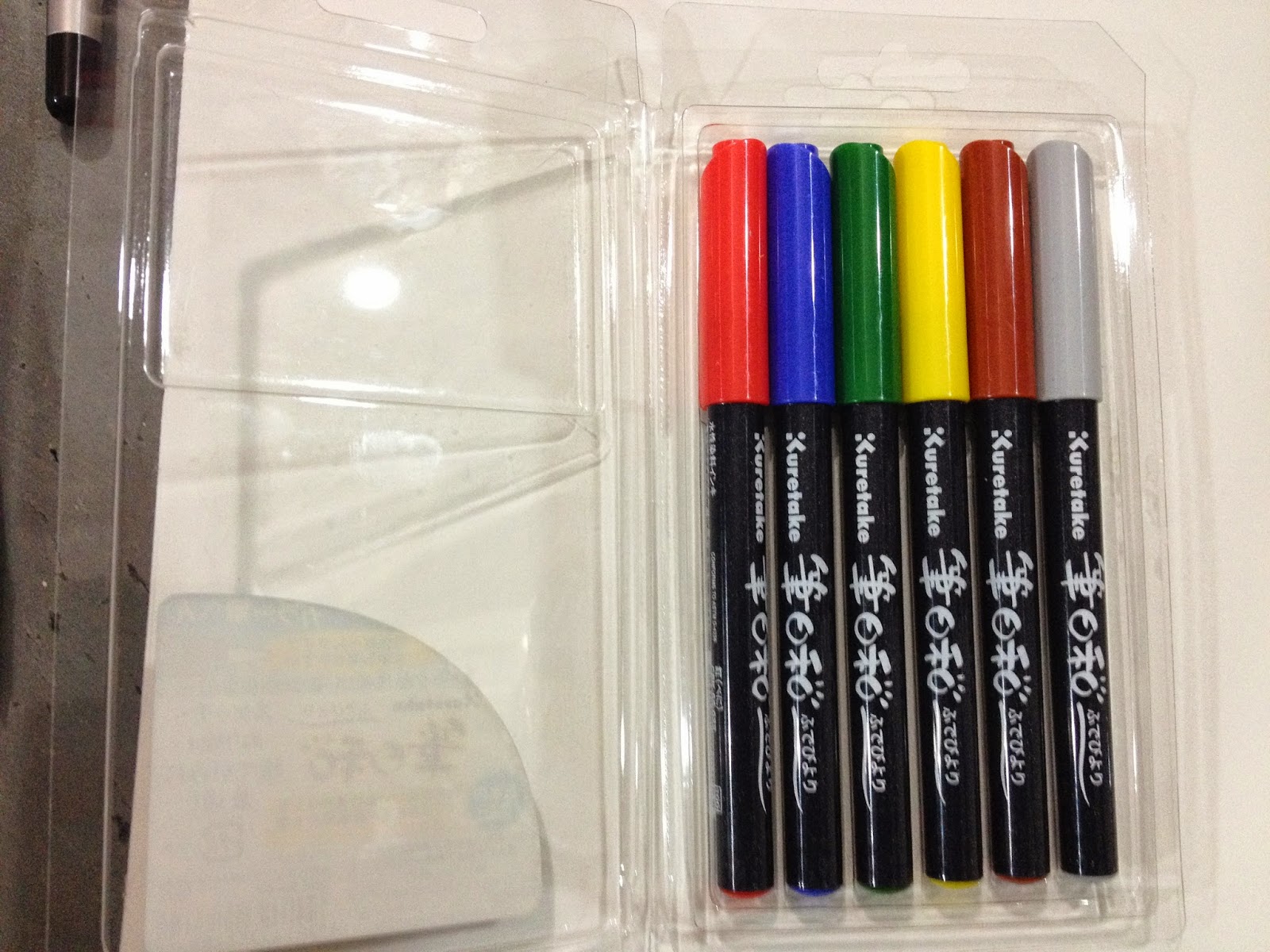 All of the sets come in resealable plastic clamshell cases.  While these aren't particularly sturdy, they're fine for keeping your fudebiyori pens together. 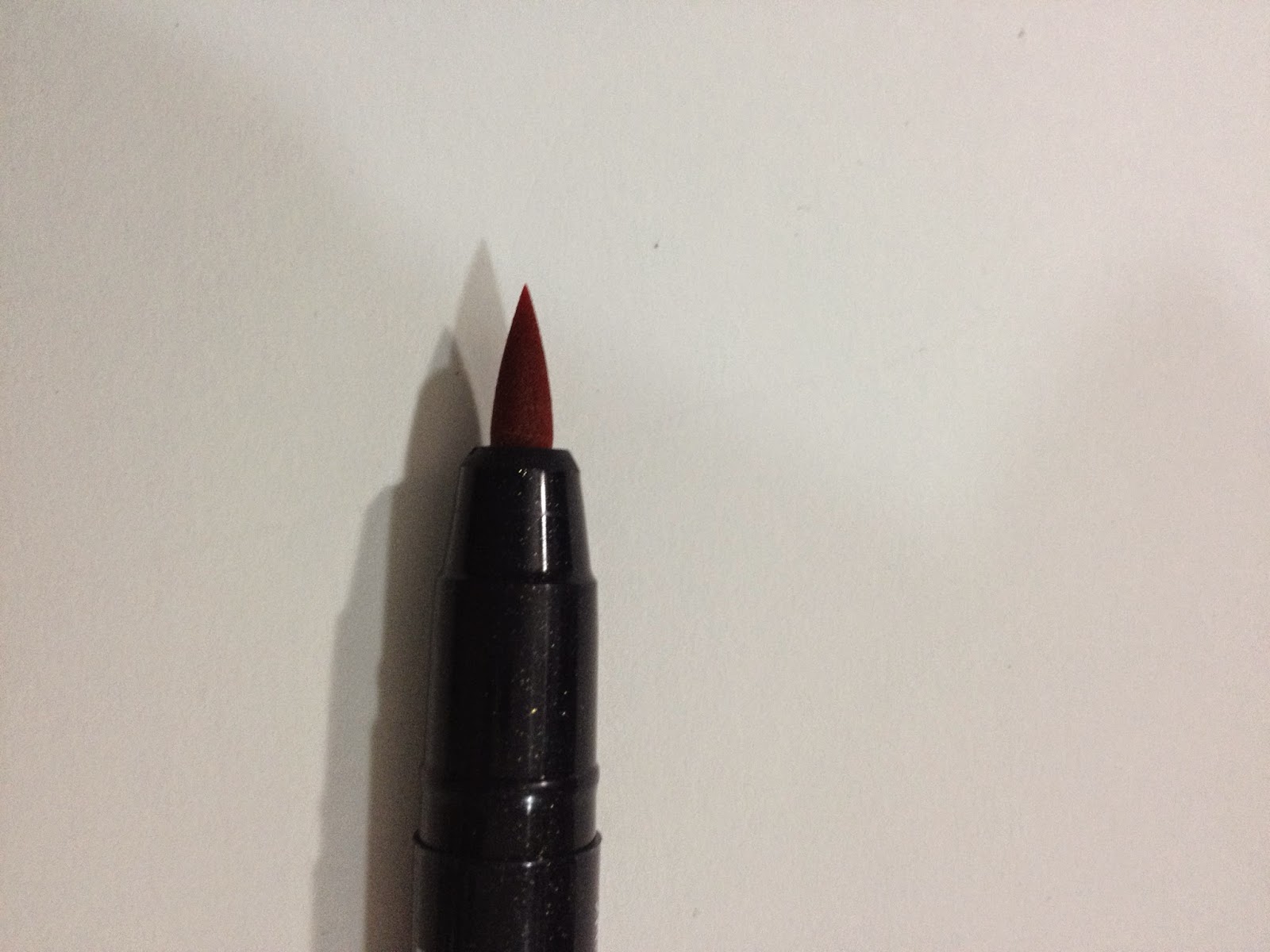 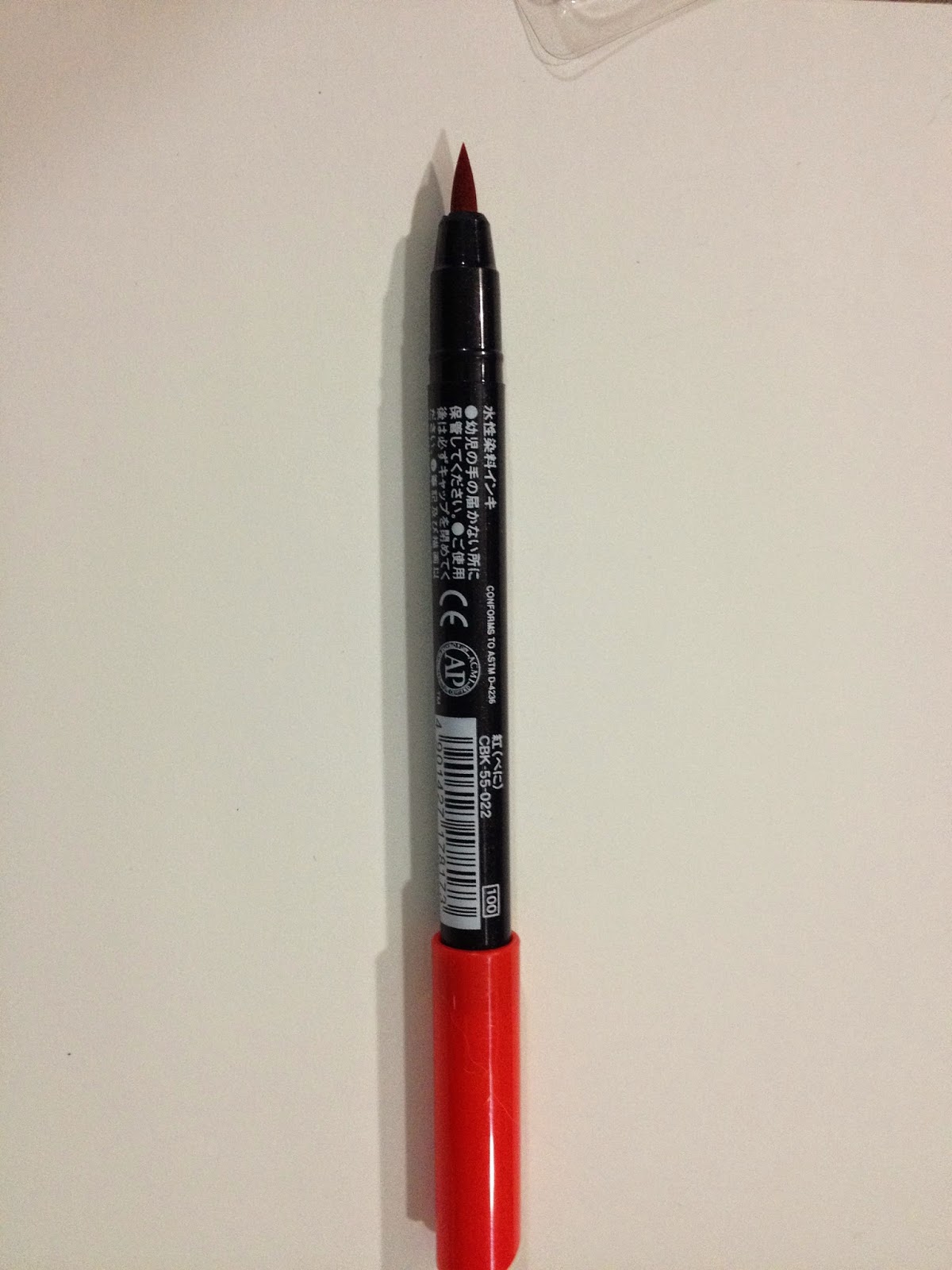 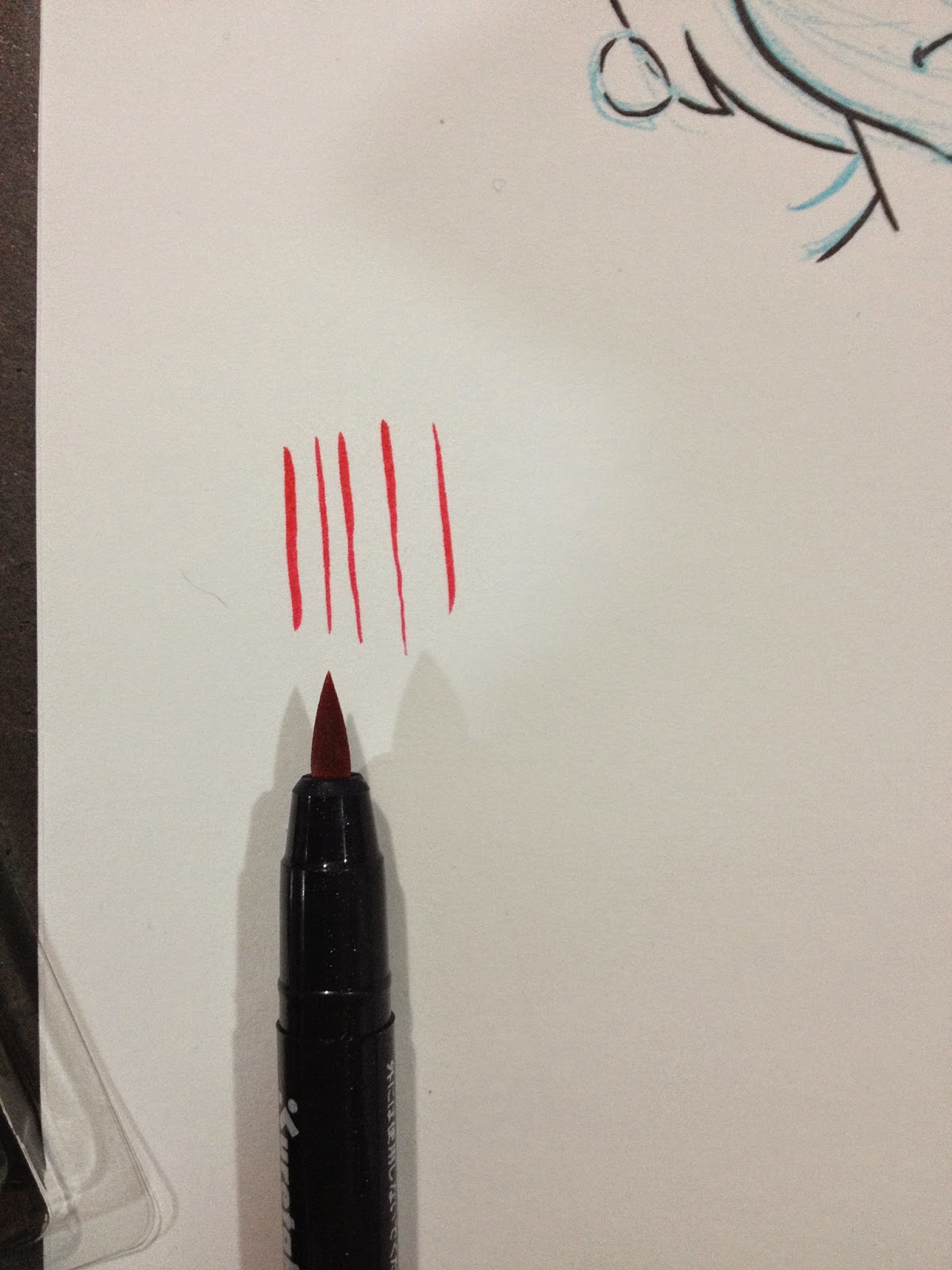 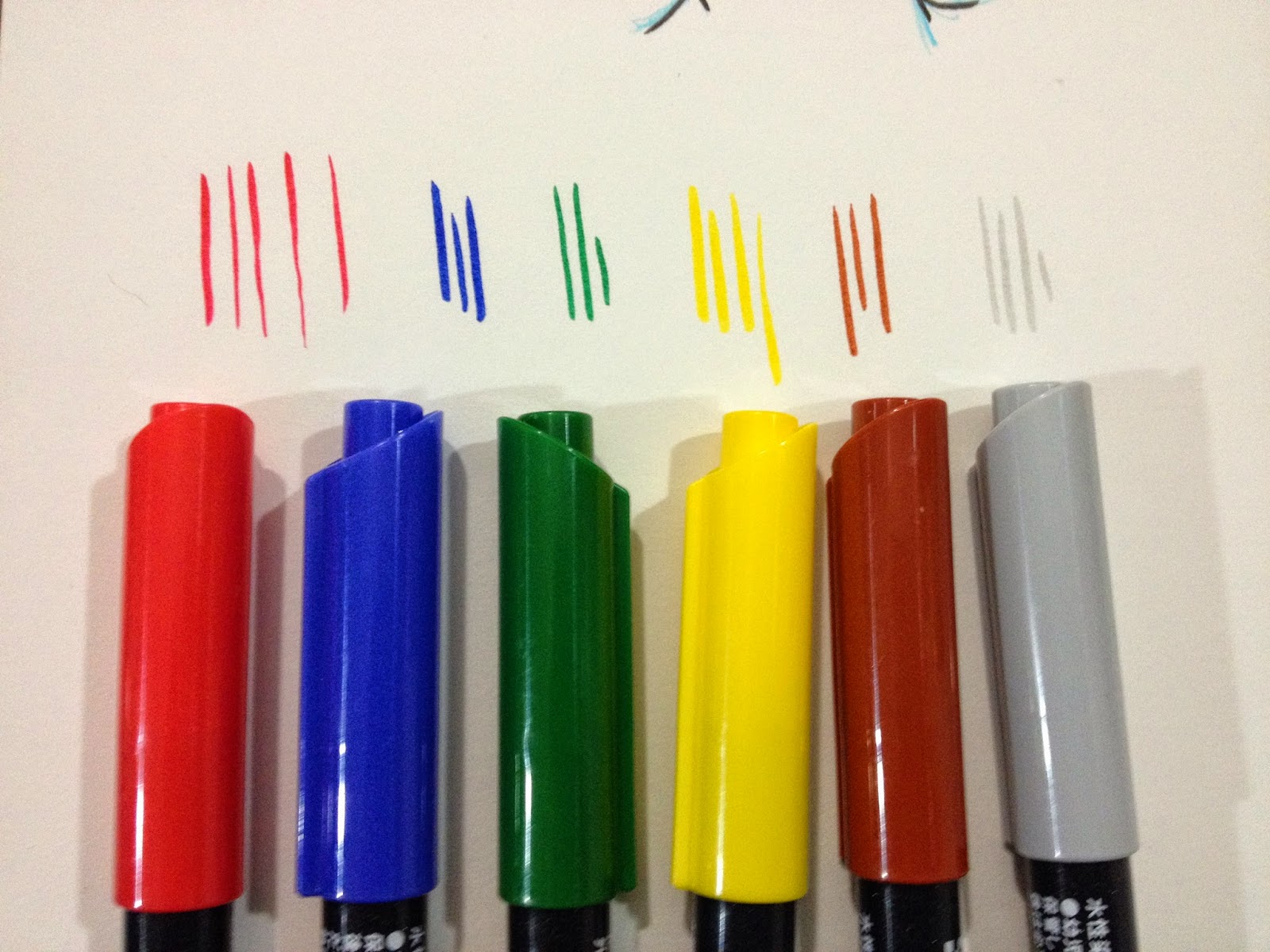 As an Inking Tool

Although I purchased the Fudebiyori pens to serve more as a toning, outlining, and spot color tool, I wanted to test how well these pens handle inking on their own.  As I don't have any black Fudebiyori pens, I inked with the blue. 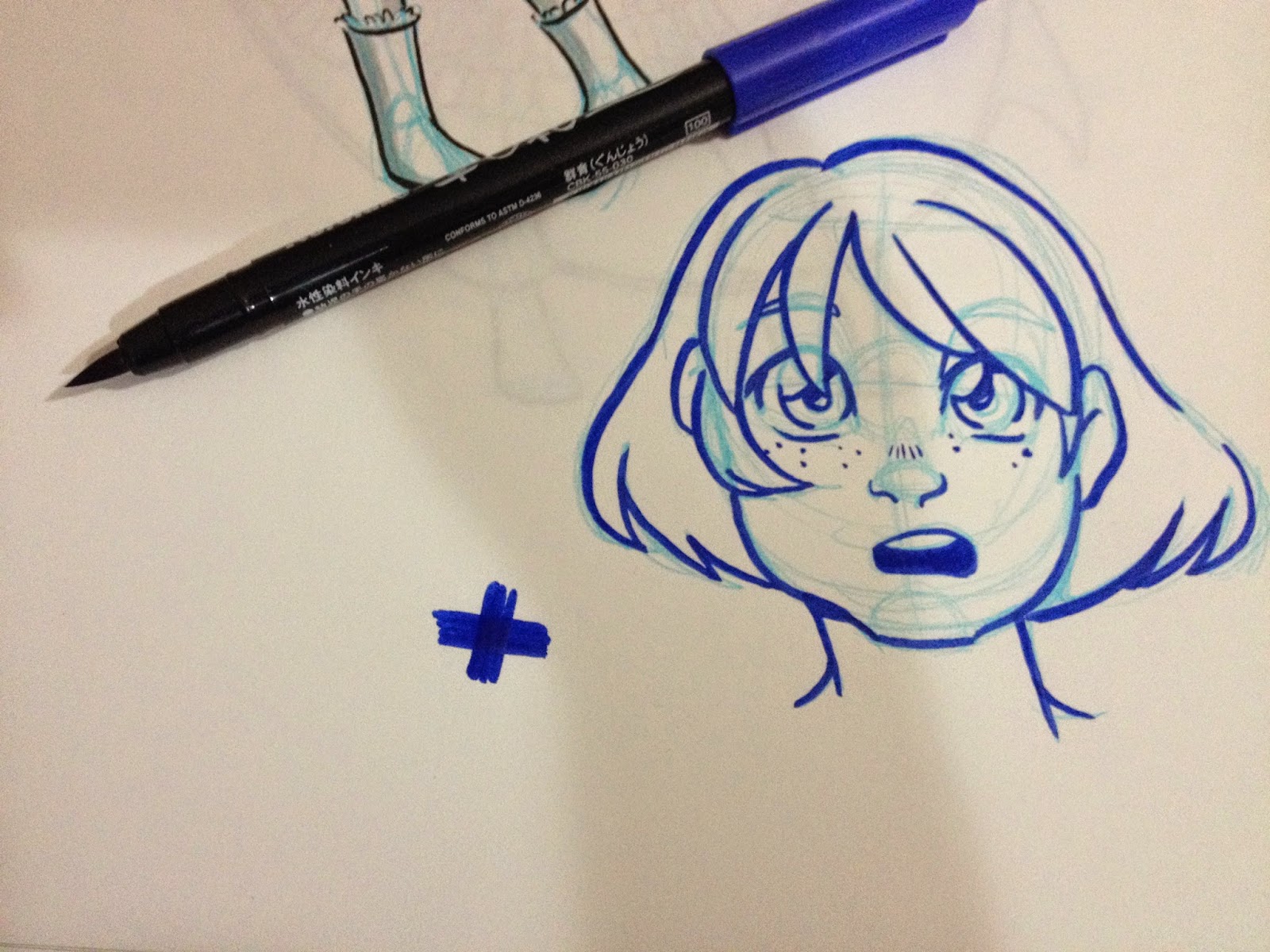 I also did a little layering test to see if the color is darker with layering.  This is an issue for me with many gray fude pens, as I'd prefer my line weights to be uniform in color, but some may like the darker shade, and might utilize it for emphasis.  The blue fudebiyori is a little darker, but as the color is fairly dark already, it's not really noticable. 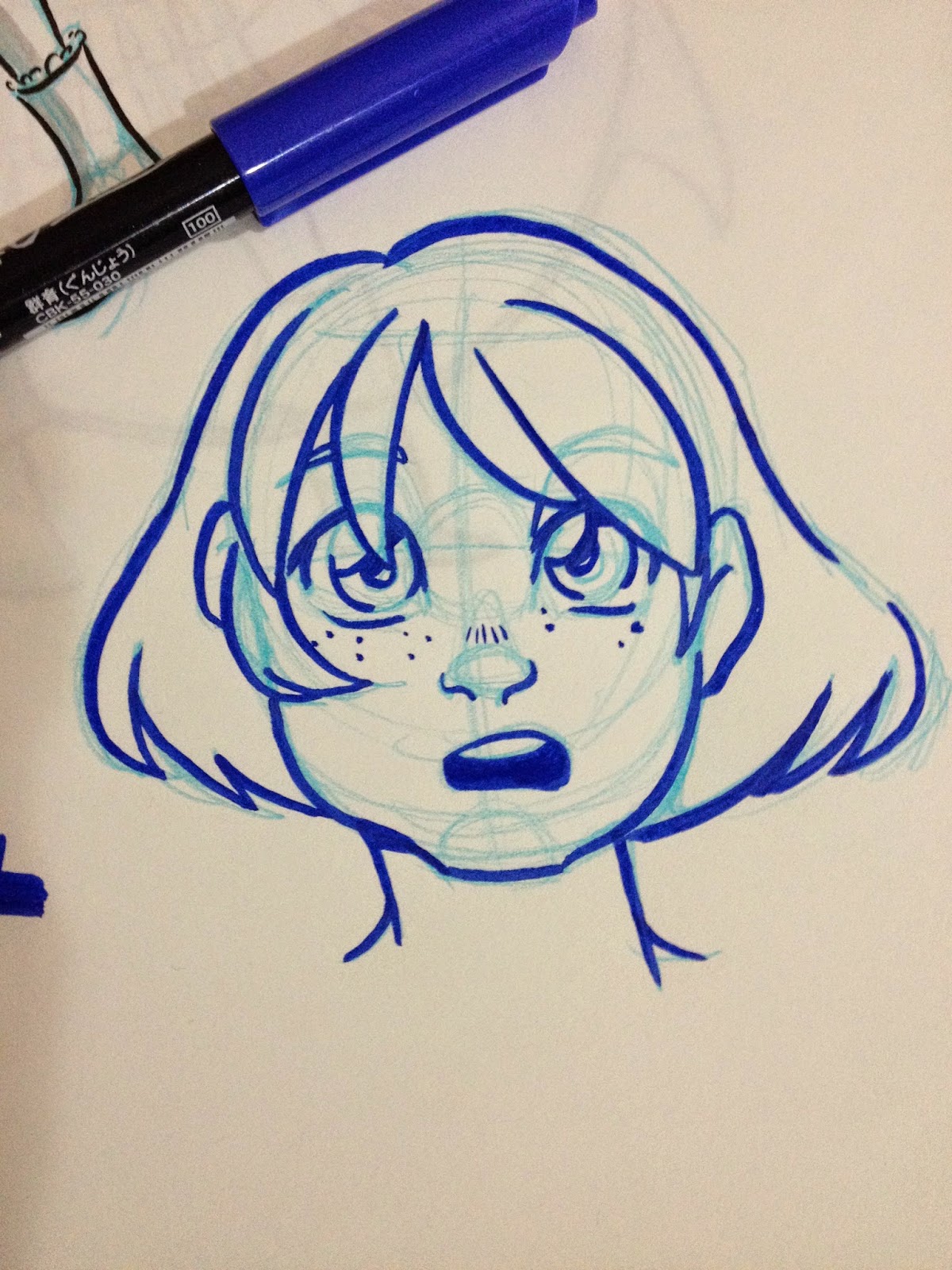 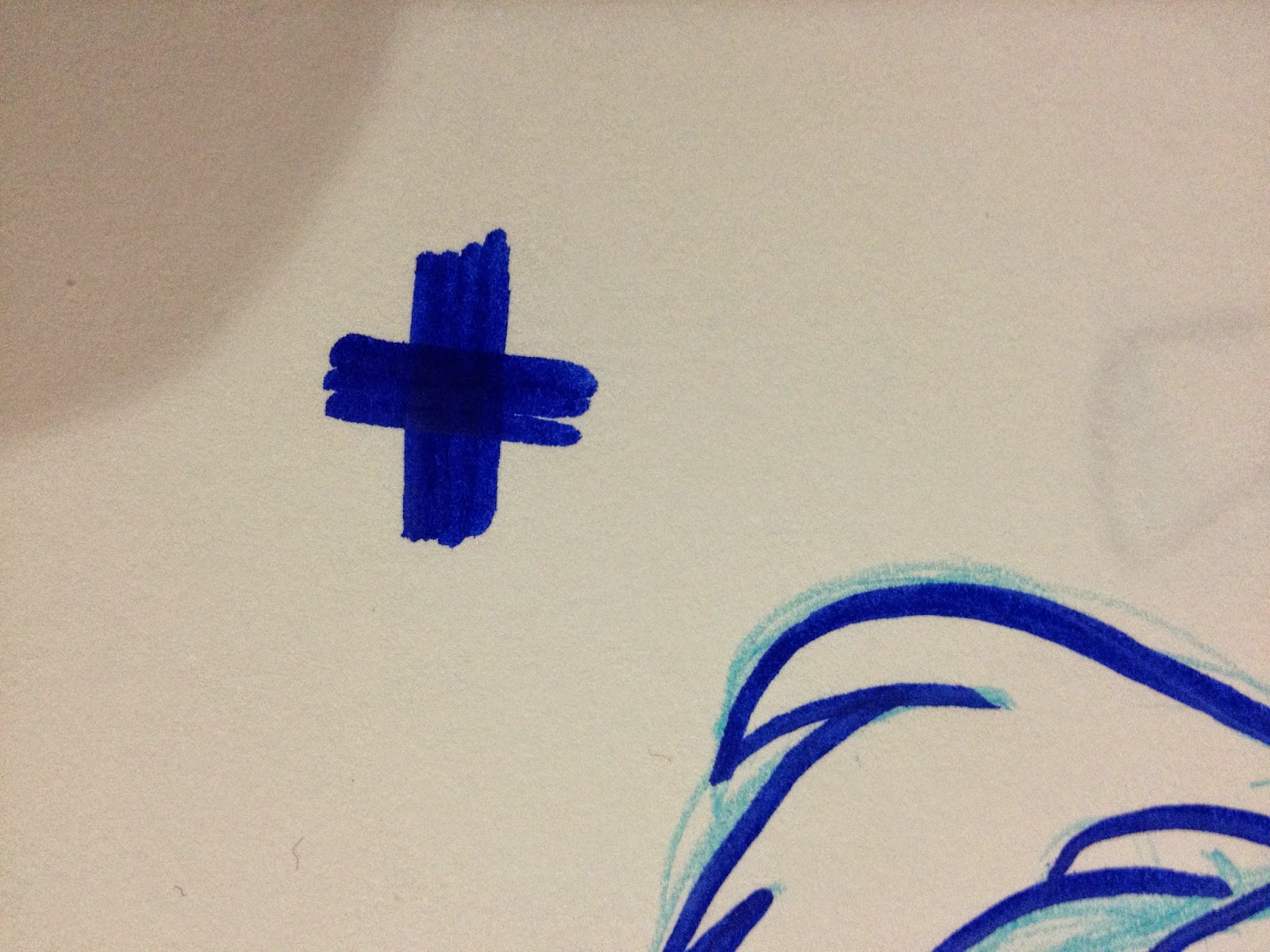 I feel like the Fudebiyori's nib is a little stiff, and not nearly as flexible as the Sailor Mitsuo Aida, which has a similar size nib.  Deep down, I'm honestly hoping to find a nib that is as flexible and fun as Copic's Sketch nib.

As a Toning Supply 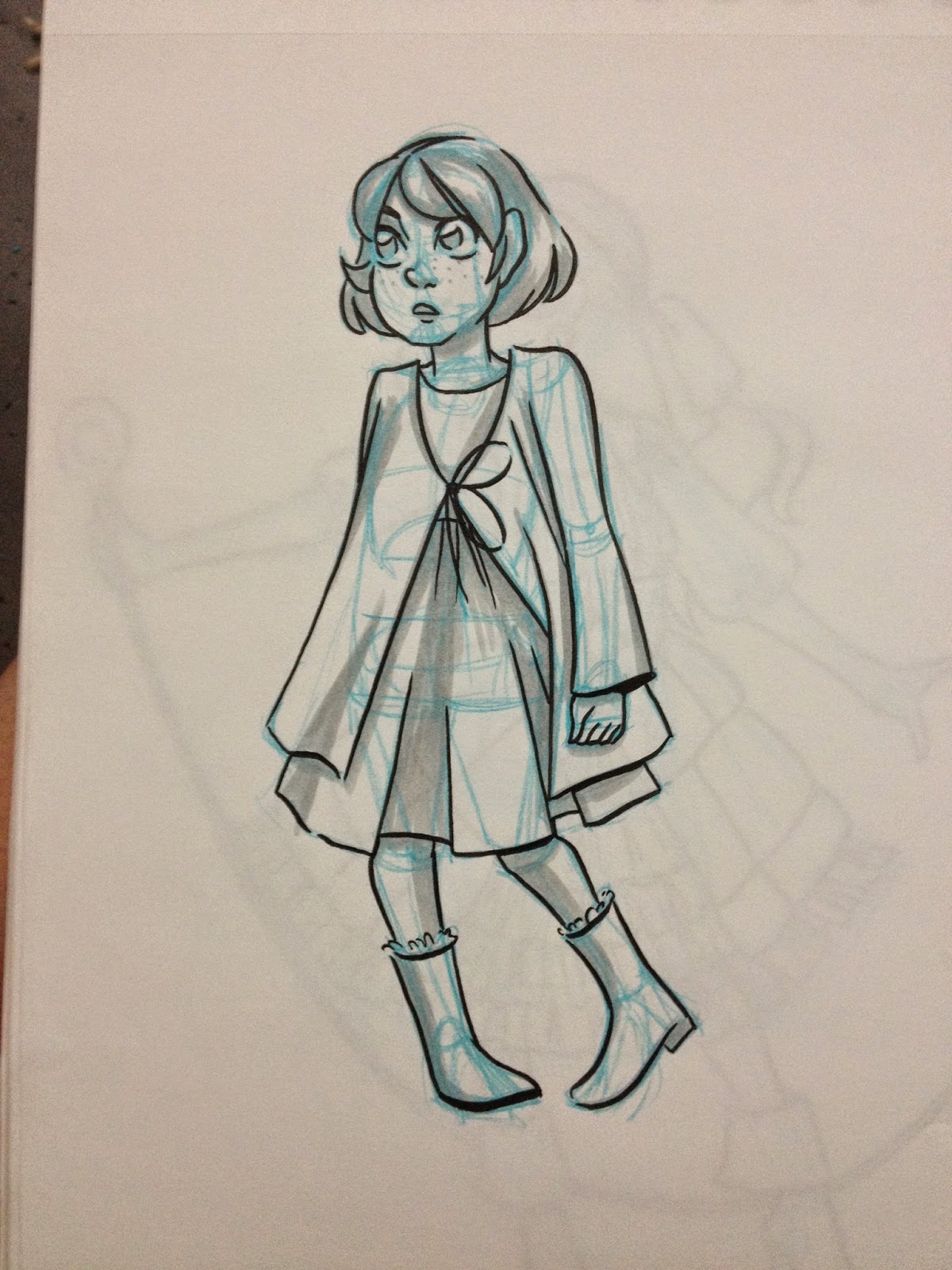 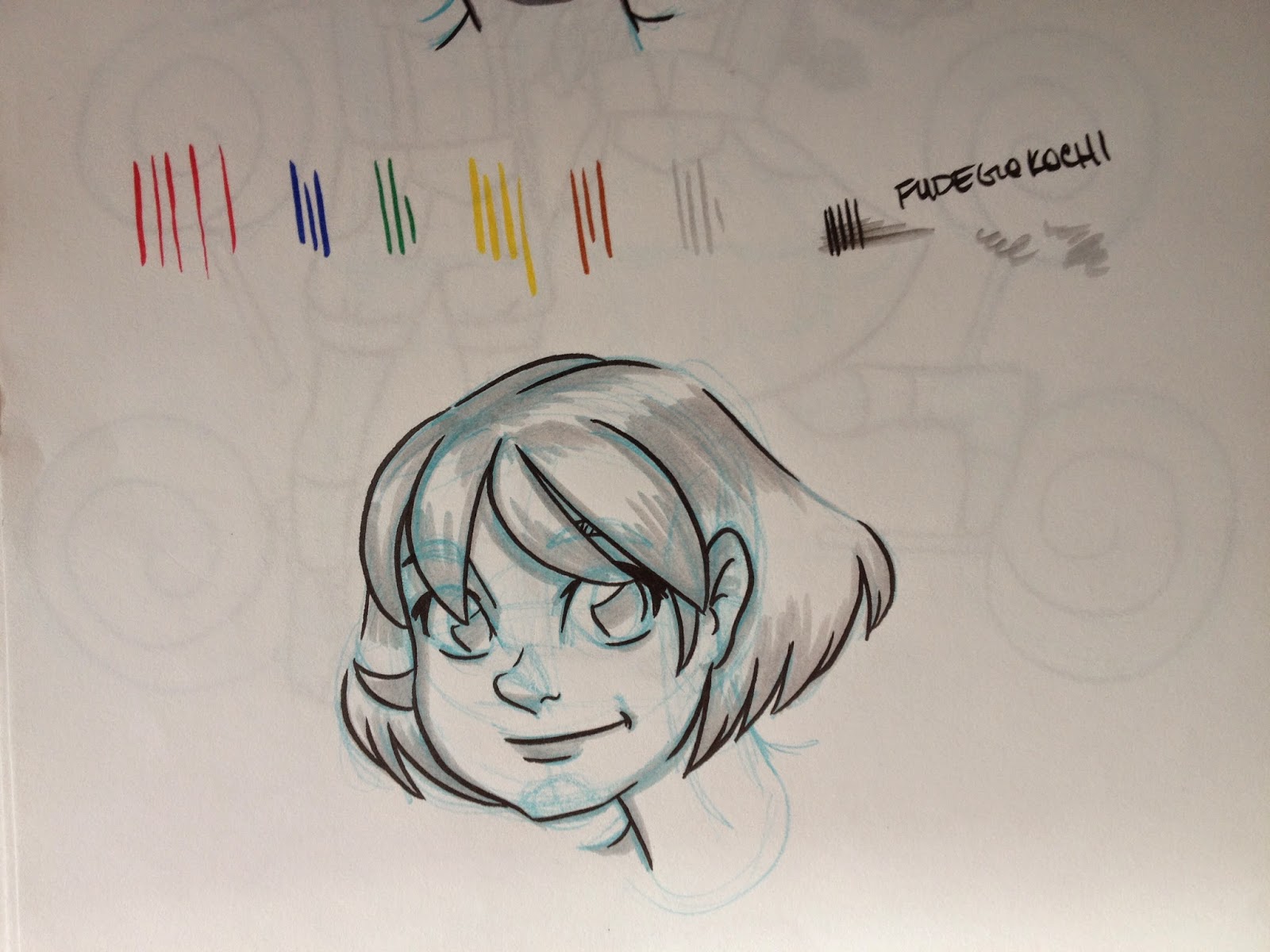 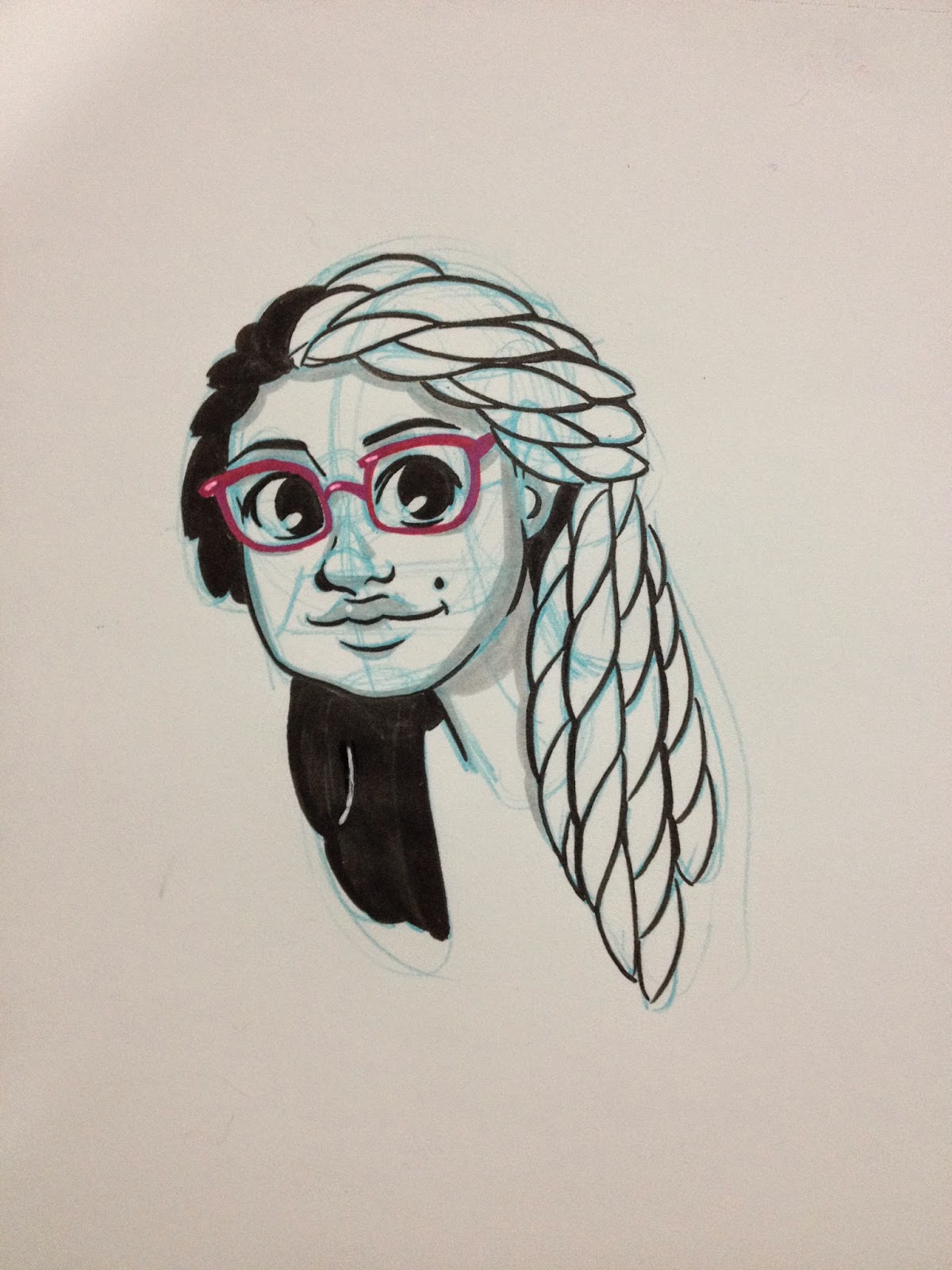 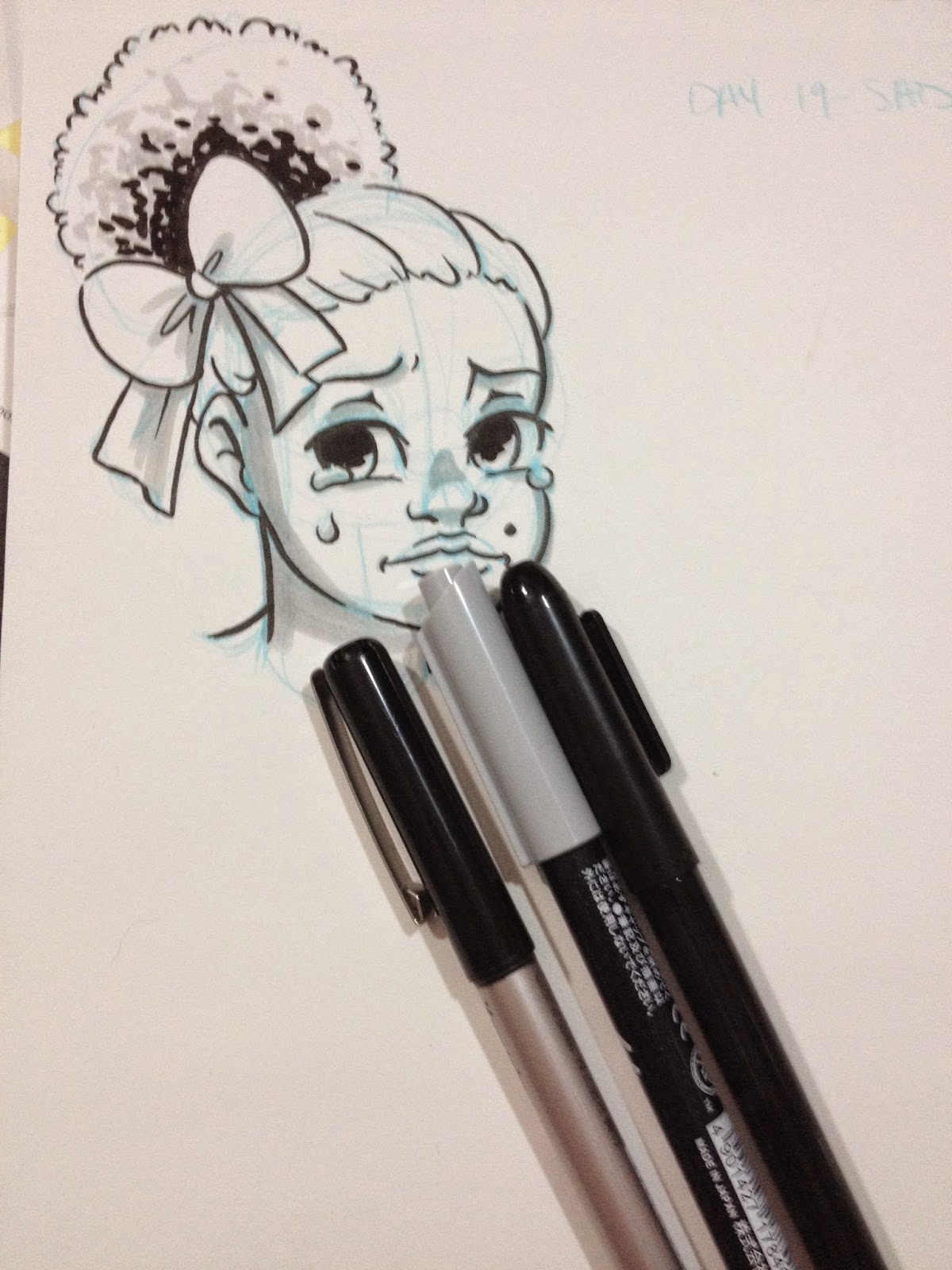 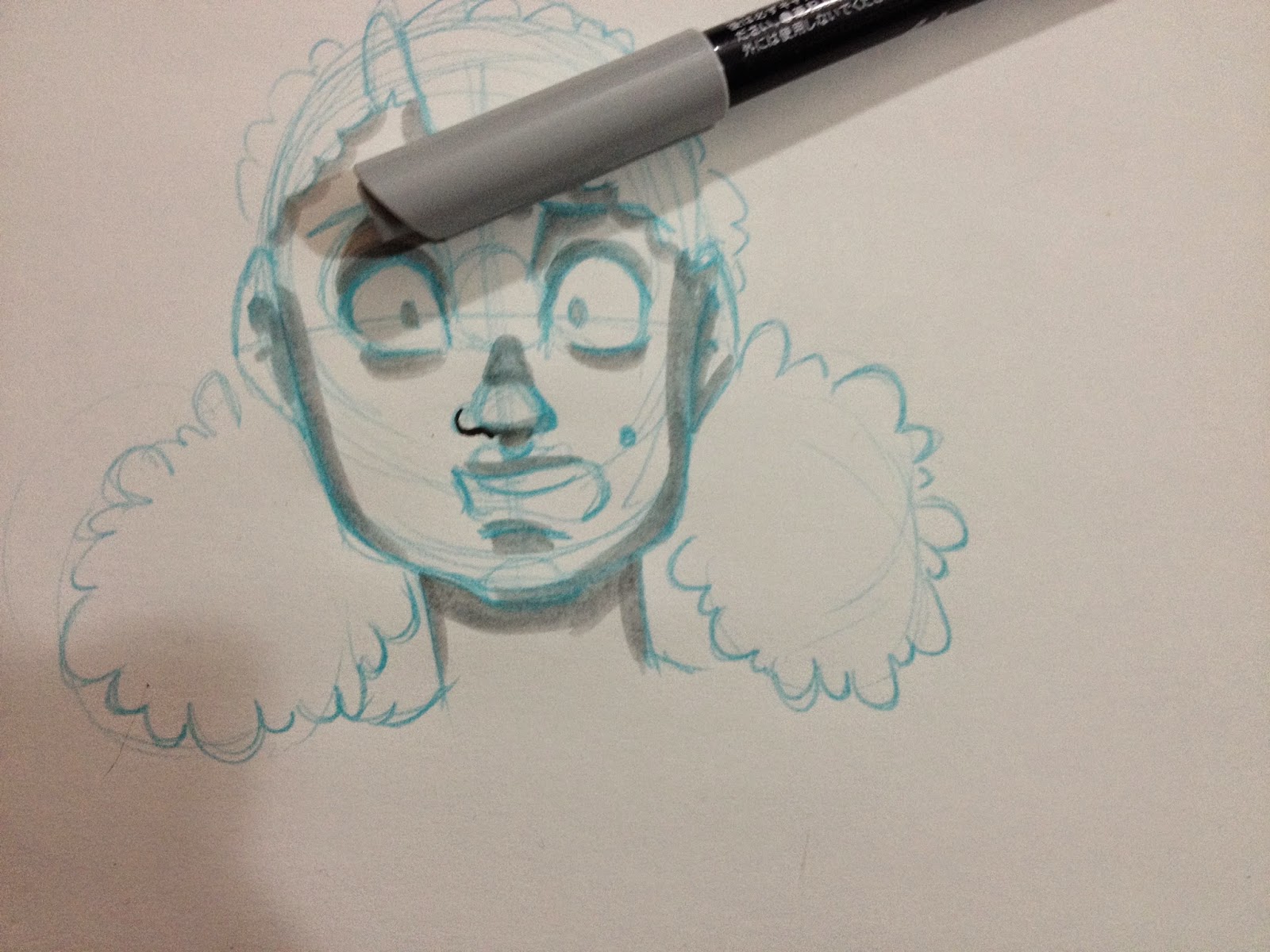 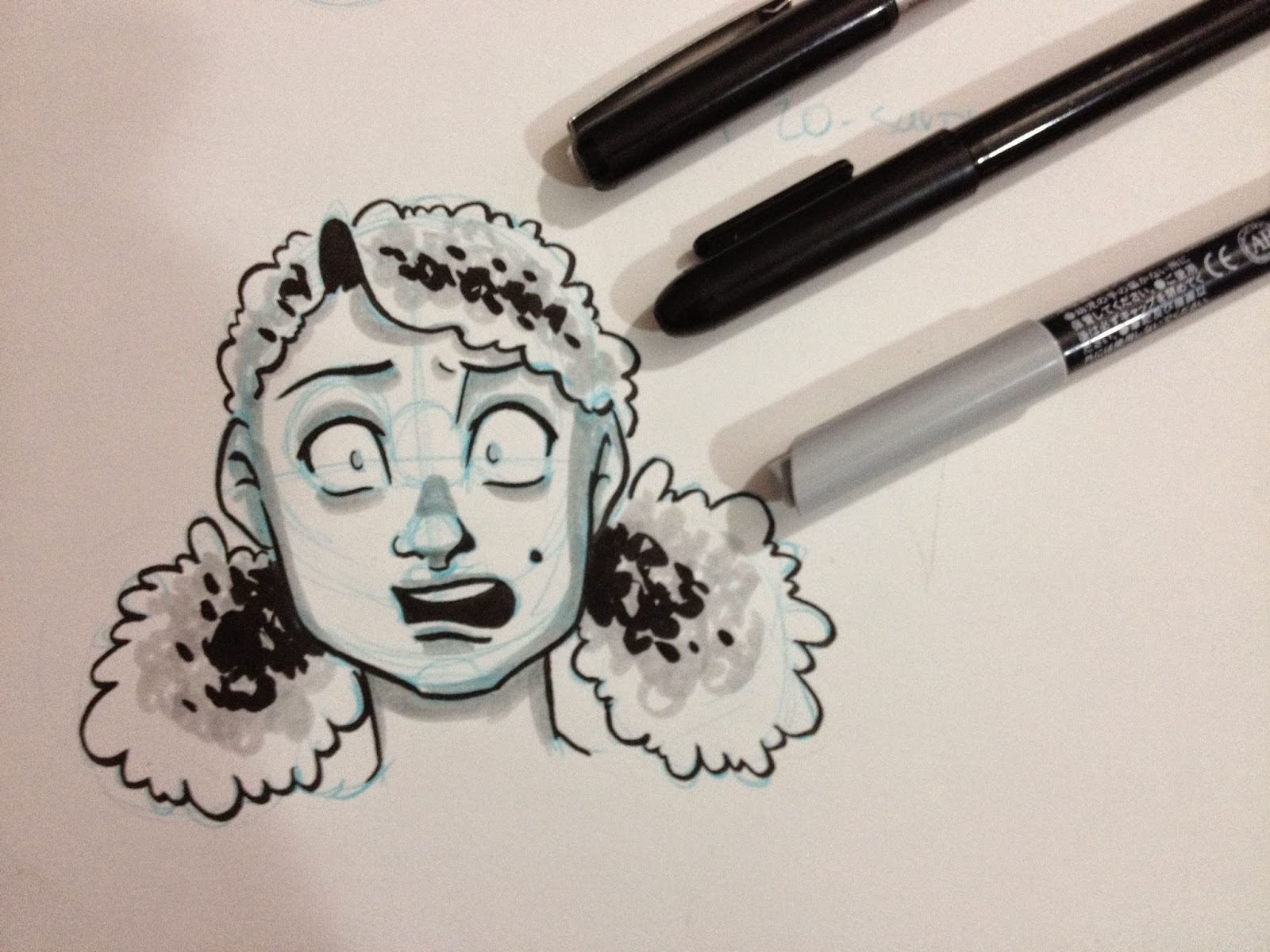 In the Pitt Pens Shades of Gray post, I mentioned that it's often better if you tone before inking, and this is true of the Kuretake Fudebiyori pens.  As a toning tool, I really enjoy noodling around with a gray Fudebiyori, and I actually feel like it makes inking over sketches much more dynamic.

As an inking pen, the Fudebiyori is a little stiff, which is disappointing, as I like many of Kuretake's fude pen options.  It also seems like it would get mushy quickly, which is also disappointing.  I really wish a company would focus on making Copic Super Brush-esque mega brushes for inking.  Right now, the Sailor Mitsuo Aida is the closest I've had the pleasure of testing.

I usually grab the gray fudebiyori for toning, especially sketches.  Although the Pitt Pens Shades of Gray come with 6 shades of gray to choose from, I prefer the light gray fudebiyori for it's color as well as the superior brush nib.  On Jetpens, Fudebiyori pens are available individually, so if you'd like just the gray pen, it's yours for an affordable $1.65.