It's often inconvenient to be reliant on Jetpens for my inking tool of choice.

You guys might think with this recent batch of pen reviews, that I have a Jetpens sponsorship.  You might think, with all the praise I lavish on their merchandise, that they're paying me to say nice things.  I don't have a sponsorship, and I don't see a dime.  Everything I review from Jetpens are things I've paid for out of my own pocket, usually with money earned from doing commission at conventions, sometimes with donations made to the blog (thanks guys, by the way!).  So while I really like Jetpens, I don't have a particular loyalty to them, other than they are often the sole provider of the type of art supplies I like the best.  As an artist, it would be most convenient for me if major art supply stores like Blick, Pla-Za, or Jerry's Artarama started carrying more Japanese stationary and art supplies.

I try to order Fudegokochis in bulk, but there are times I run out, or the pen I have on me dies in the middle of a trip, or it explodes while I'm on the plane.   At times like this, it would be fantastic if I could pop into Michael's and buy a replacement, the way I can buy replacement Copic markers (at a premium!), or Sakura Microns.  (A caveat:  If you have a Daiso, their fude pens aren't half bad!  I have a review of a couple coming up soon!)  Sure, there are brush pens available in the US, but none with the snap and fine point that a fude pen offers.  And yeah, I can always ink with a brush, but fude pens play so well with my sketchbook.  Maybe I'm just spoiled, but it'd be super nice to be able to get fude pens easily on the east coast.

So I was excited when a friend sent me this Pentel Touch fude pen found at Boesner, a German art supply store.  Pentel is a Japanese brand that's often carried in American art supply stores, and if these fude pens are sold at German art stores, there's a chance we'll start seeing them in the US at some point.

The Pentel Touch sent to me has an all black body with sparkly glitter embedded in the plastic, which definitely makes it stand out amongst other fude pens.  It's available in a lot of colors on Jetpens, and I'll be reviewing their 12 Color Bundle soon (purchased AFTER I tested this pen, worry not!)  On Jetpens, individual Pentel Touch pens are an affordable $2.50, though I don't know how much it cost at Boesner.

EDIT:  DickBlick carries the Pentel Touch in their online store, and may carry them in retail locations as well.  They offer both a brush and fiber tip.  In this review, I only cover the brush tip, but I'd also like to give the fiber tip a shot and see how they compare!  Also, my friend @coagulopathic on Twitter mentioned recently that Preston Arts Center in Louisville, KY carries them, so if you live in the Louisville area, go check them out! 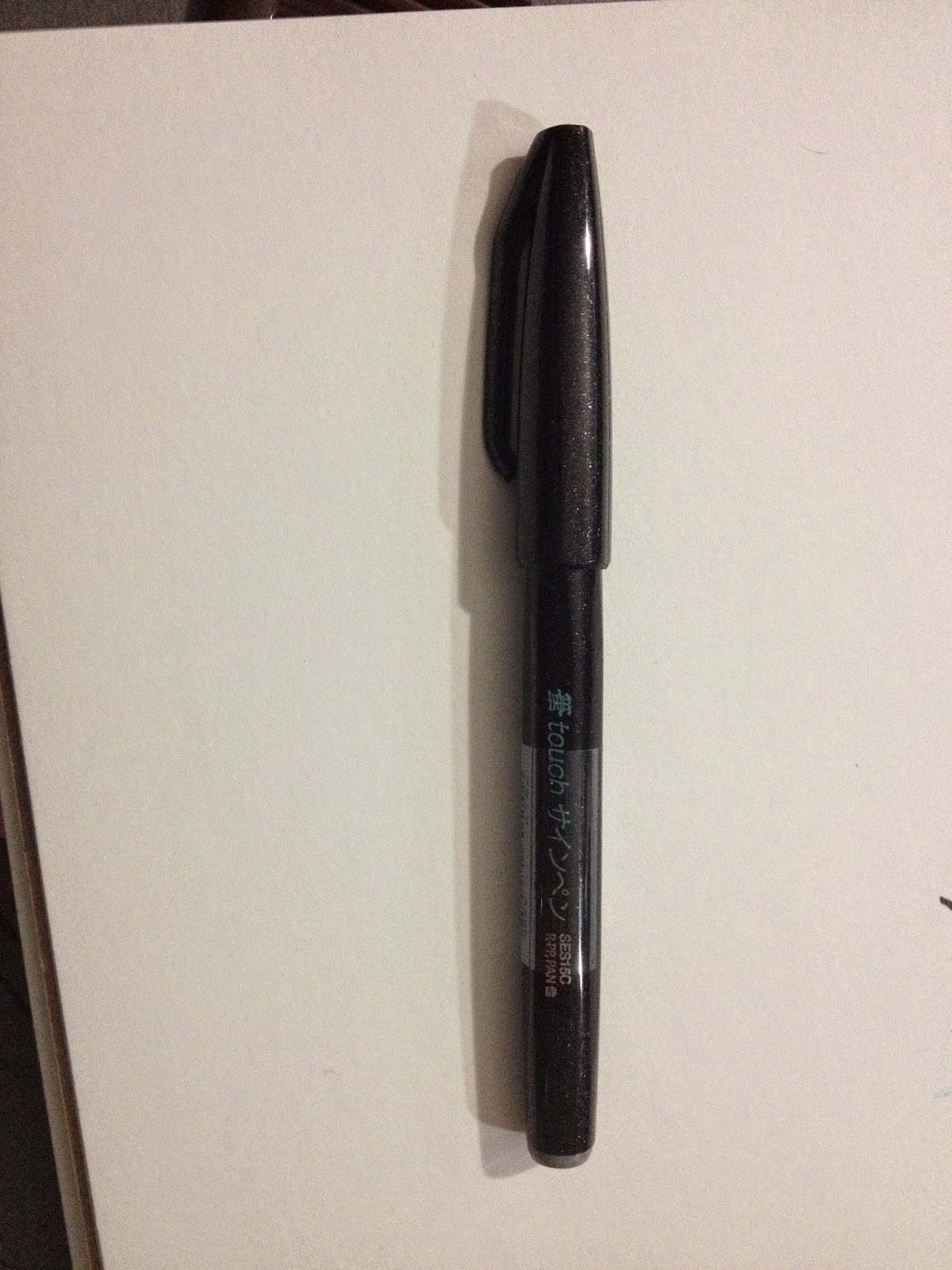 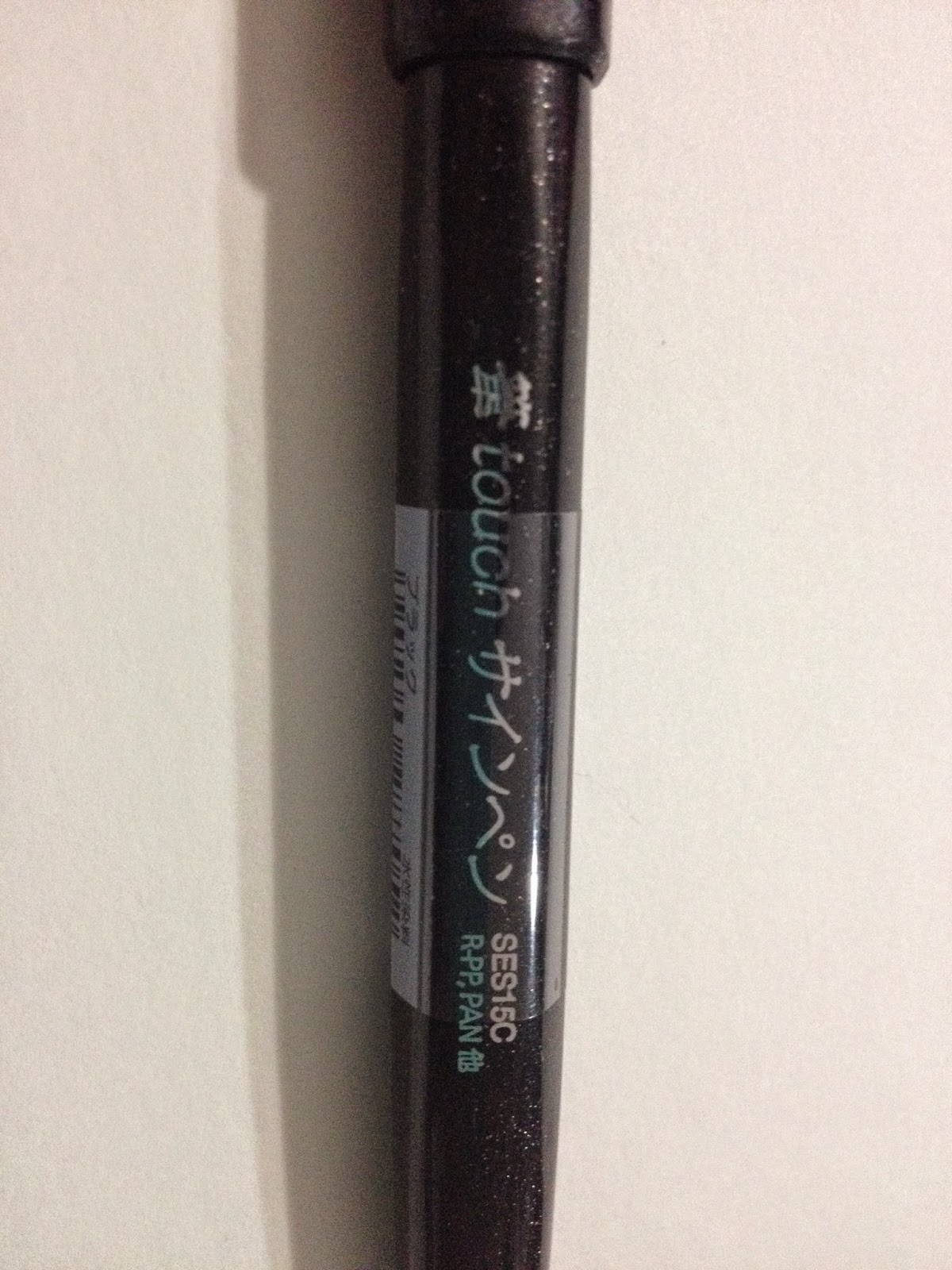 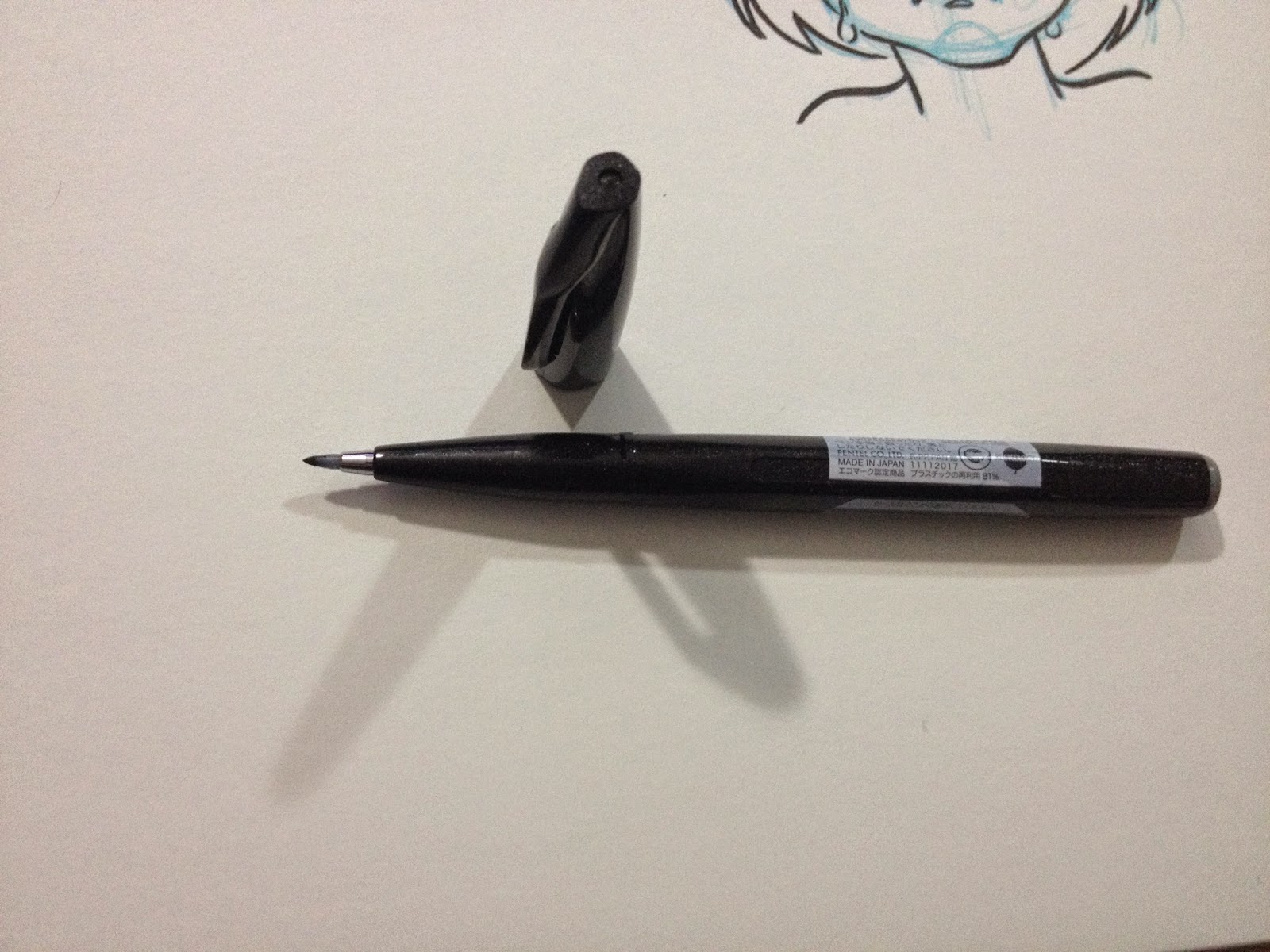 The Pentel Touch's tip is about as fine as my Fudegokochi, and the nib has a plastic sheath. 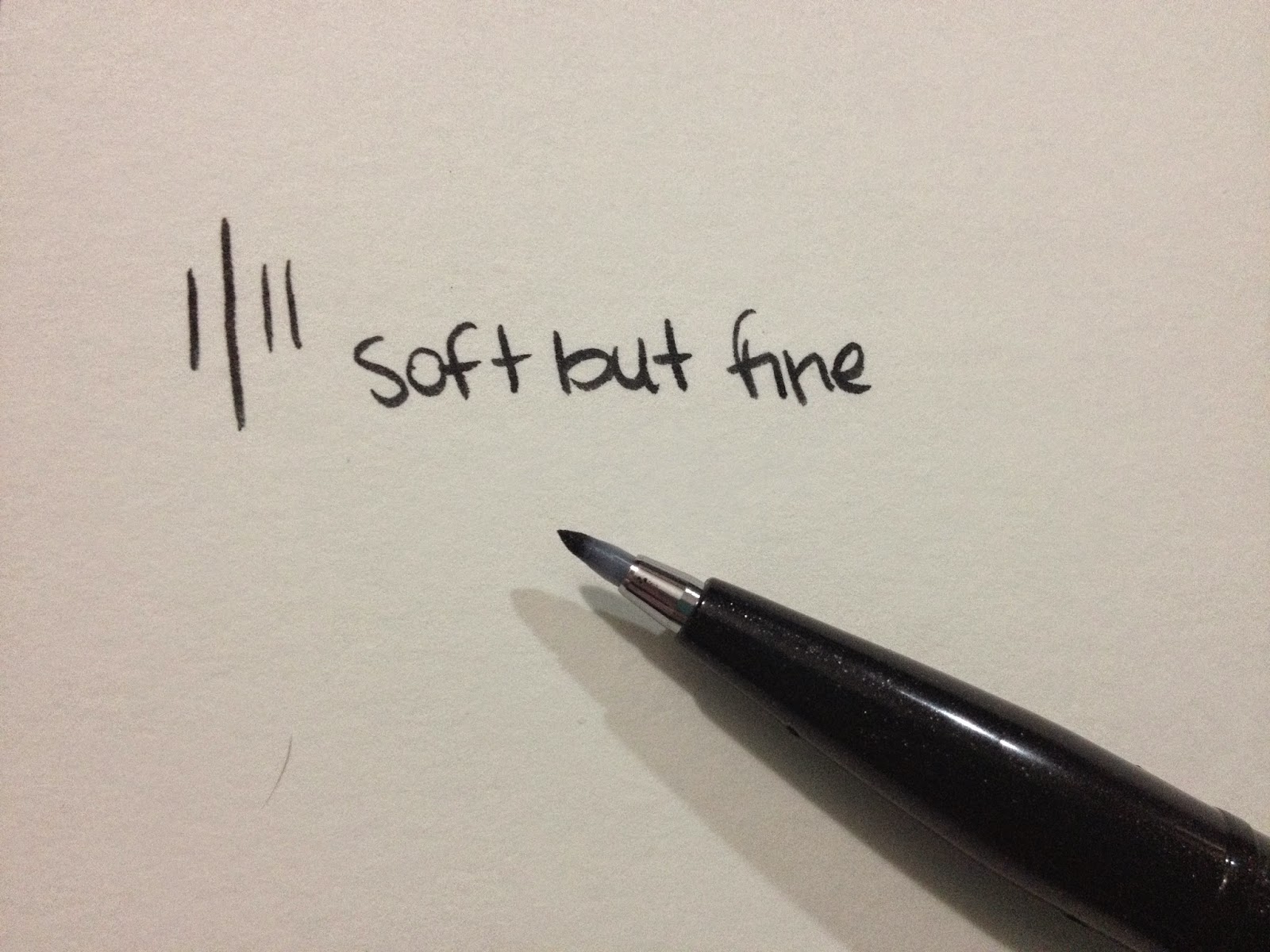 For a heavyhanded person like me, the Pentel Touch is a bit sift, but capable of a variety of lineweights. 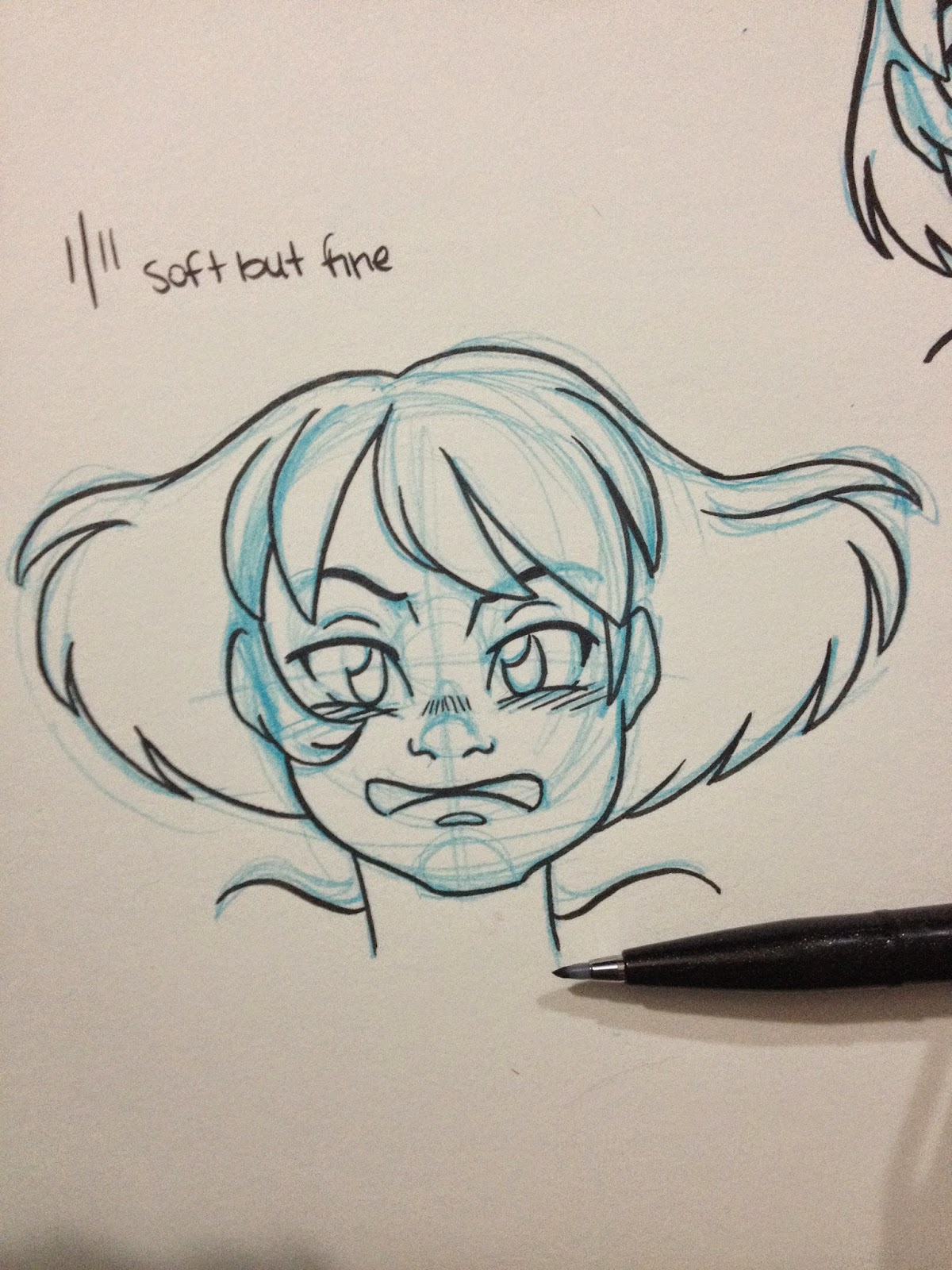 The Pentel Touch was a lot of fun to ink with.  It moves smoothly on the paper and dries quickly. 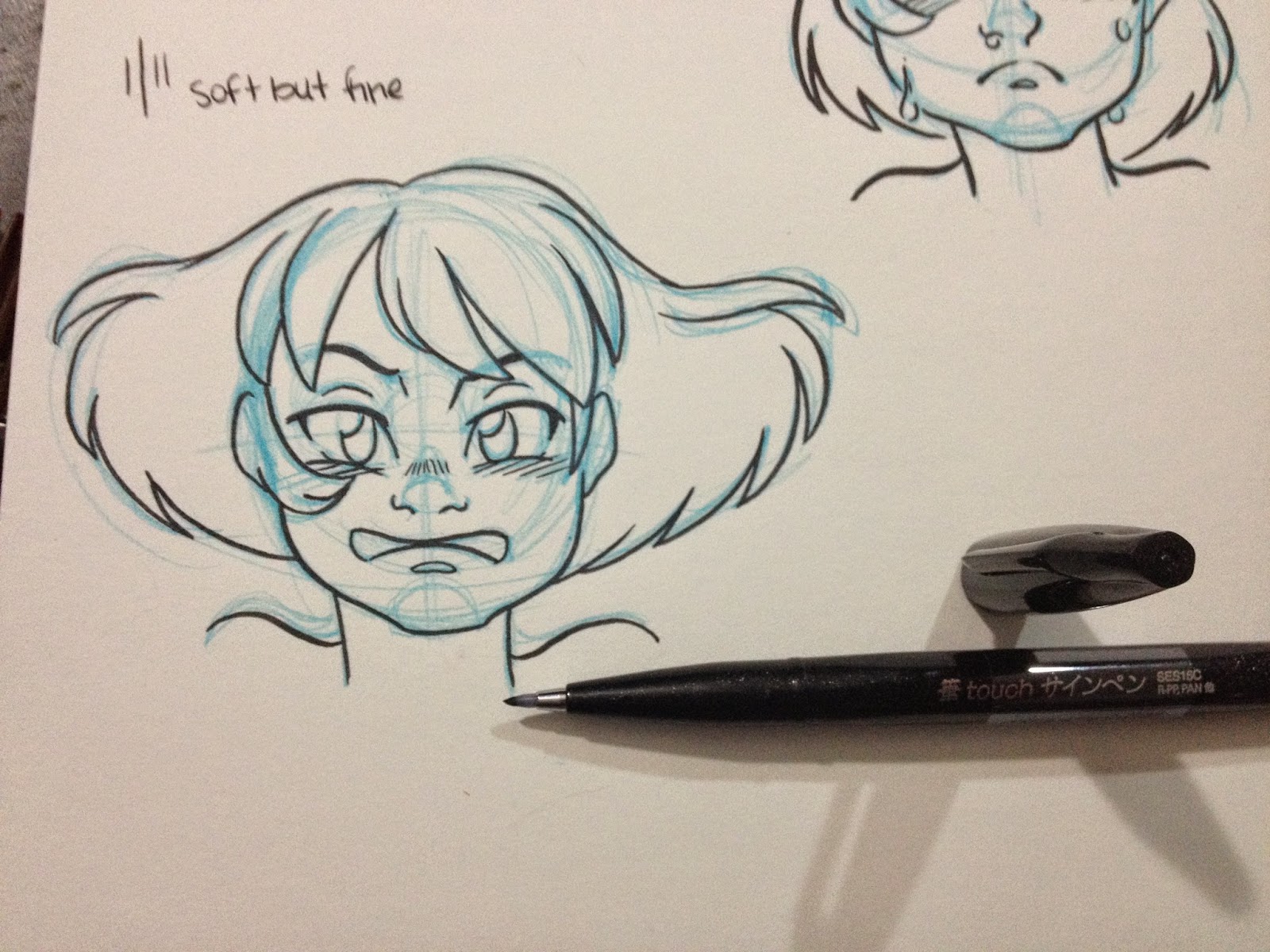 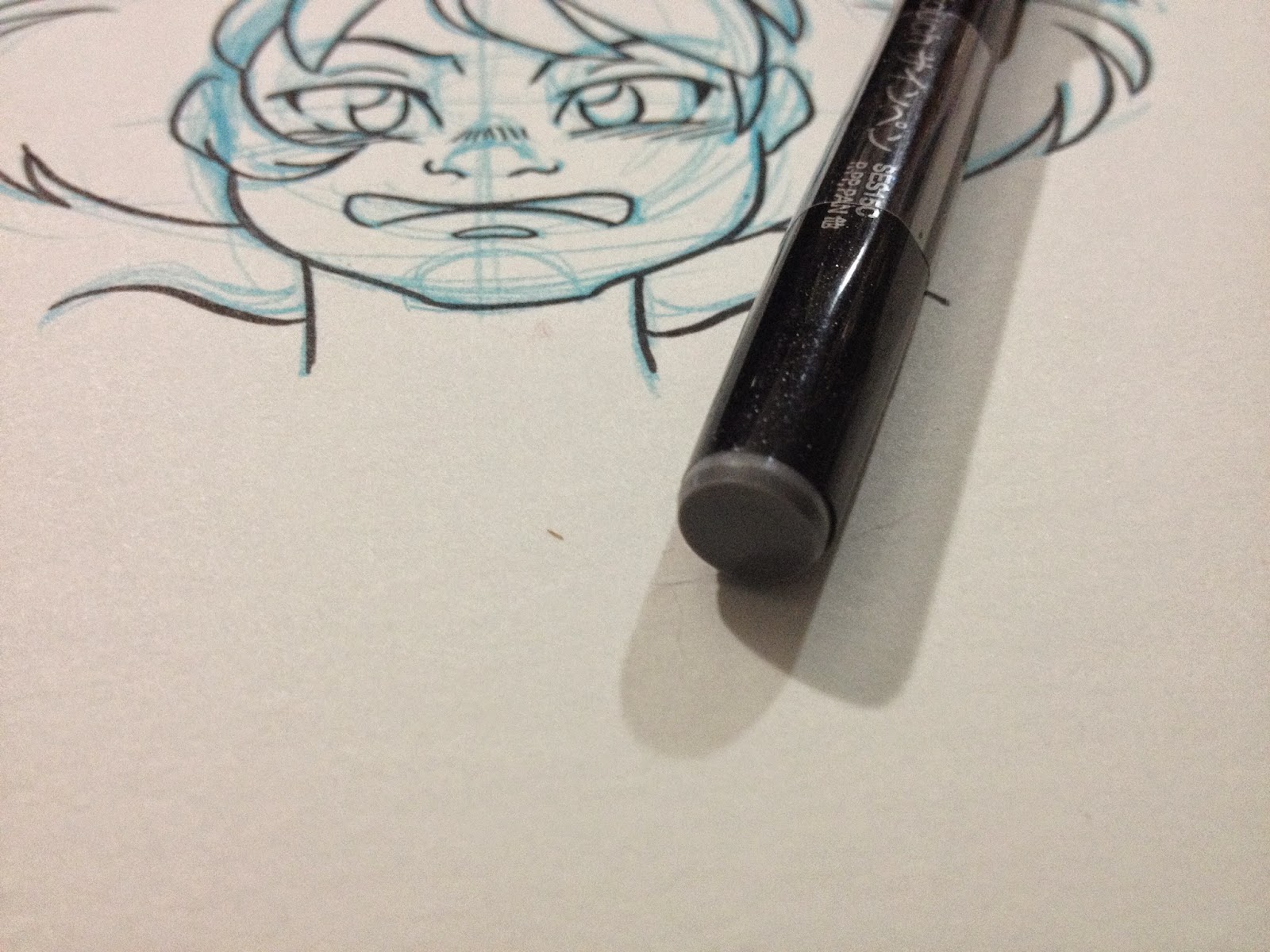 I really hope that we'll start to see fude pens in the Western mass market sometime in the near future.  If you see a Pentel Touch in a store near you, don't hesitate to add it to your inking arsenal.  They're a fun, lightweight pen from a brand many of us are familiar with.
Email Post
Labels: fude pen fude pen review japanese sign pen pentel touch