What, another con announcement?  And right on the heels of the last one? 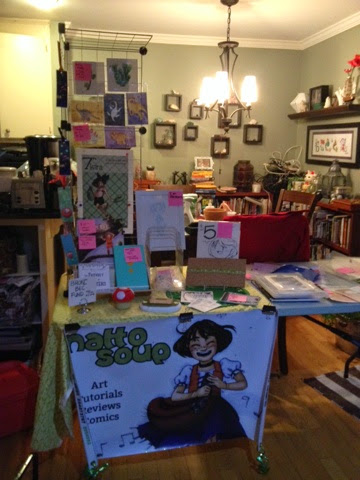 Next weekend is NOCAZfest, and I'm hopefully in Lulling, Louisiana as you're reading this.  To my knowledge, it's the first indie con held in Louisiana, and I'm hoping we can make this first year great together.  Although they solicited donations earlier in the year, the NOCAZfest organizers are currently hosting a Kickstarter up to help raise money to make this event happen not just this year, but for years to come. I've talked about this in posts relating to Mechacon and LouisiANIME, but I believe it's really important that New Orleans have a comic scene that is all inclusive.  When I was in undergrad, the only 'scene' I knew about were a handful of superhero artists who'd host Drink-n-Draws sometimes.  While those events can be a great opportunity to meet other artists, they weren't the sort of event I was going to attend alone as a young woman in my early 20's. 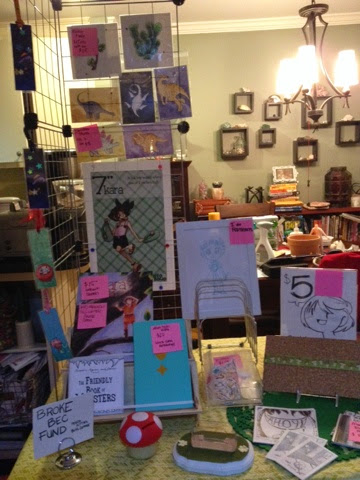 I think NOCAZfest IS the sort of event I would've attended as a young woman in my early 20's.  And I wouldn't've gone alone, I would've dragged along any friend who showed the least bit interest in attending.  I want to see comic making, sharing, and buying opportunities in Louisiana, I want people interested in making comics to have an opportunity to talk to those who actively do so.  I want to do my best to improve my home turf for illustrators and comic artists, to do what I can to make New Orleans a decent city to make comics, a city with plenty of opportunities for comic artists. 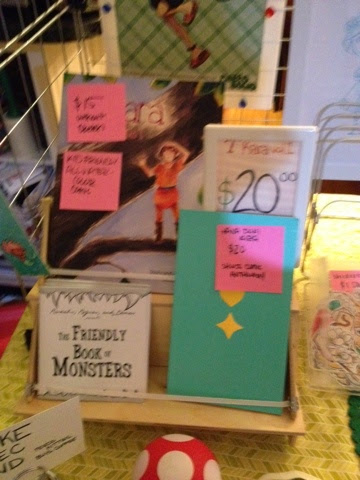 That's why, even though the timing is flat out awful for me to fly back to New Orleans (I had Anime Blast last weekend, and Memphis Comic and Fantasy Con next weekend), I'm making it a priority to do so.  And it's why even though I donated $50 at application, I also threw in $25 for the Kickstarter.  I believe in this project, and while I don't expect NOCAZfest to blow me away saleswise, I'm really hoping it can grow into the indie comic convention that New Orleans needs.

If you're interested in attending NOCAZfest, they're out of tables, but I believe admission is free.   You can check out the list of exhibitors here.  I was negligent and only recently sent in an avatar (same one I always use, too, double awful), so it may not be up yet, but I'm on there under Becca Hillburn.

Since I'm flying, I can't bring my ridiculous anime con setup, but I'll have copies of 7" Kara volume 1, the Hana Doki Kiri shoujo anthology, and lots more goodies for you guys to check out.  I'll also offer $5 sketches for as long as my hand feels like sketching.  I also made a fresh batch of sassy buttons and super cute bookmarks.

I'm letting my friend, Kelli Sarre, share my table with me, and we'll be at table B5 and 6.  I'll have my half table banner, and lots of kid friendly stuff, so come say hi!