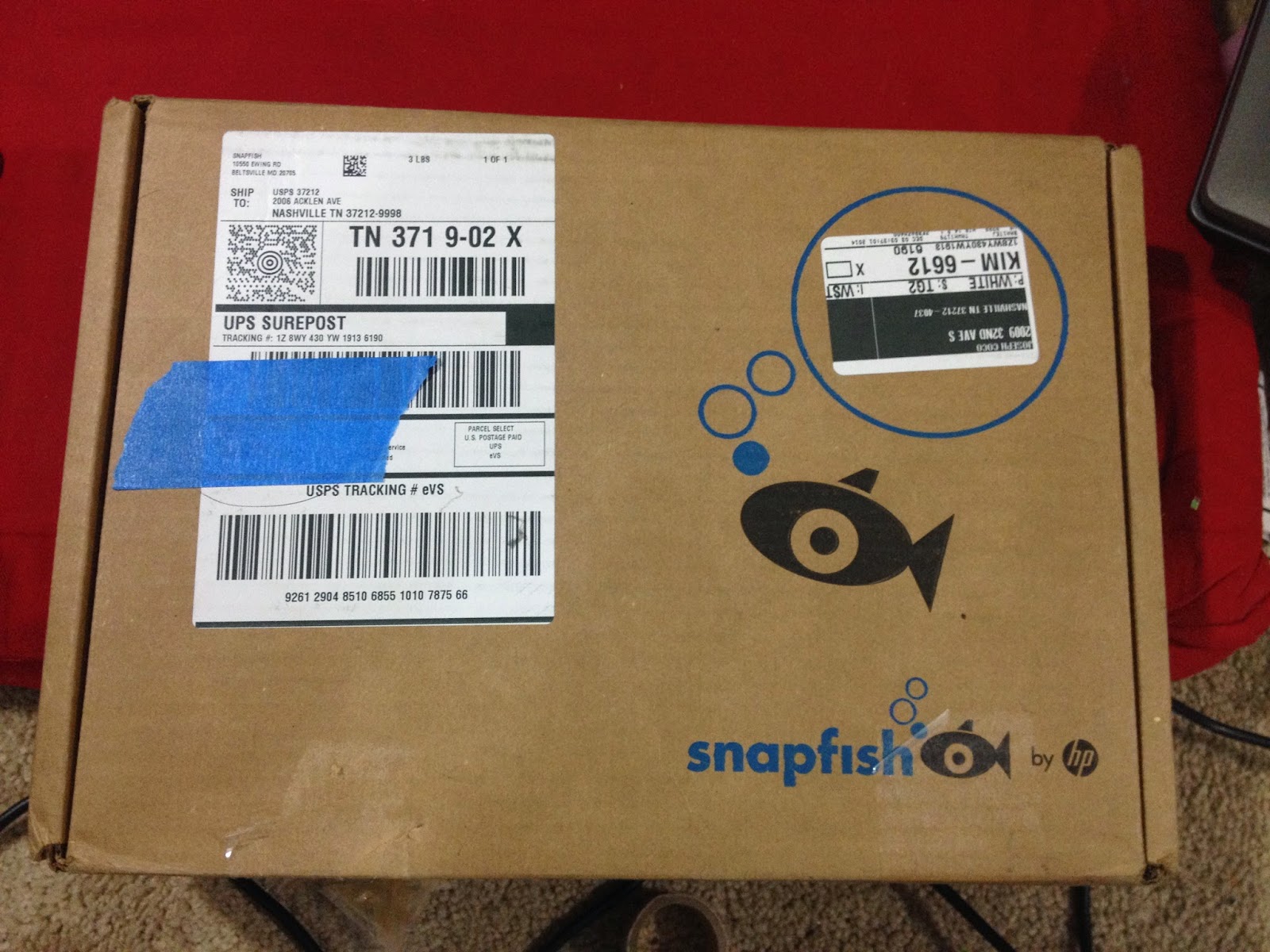 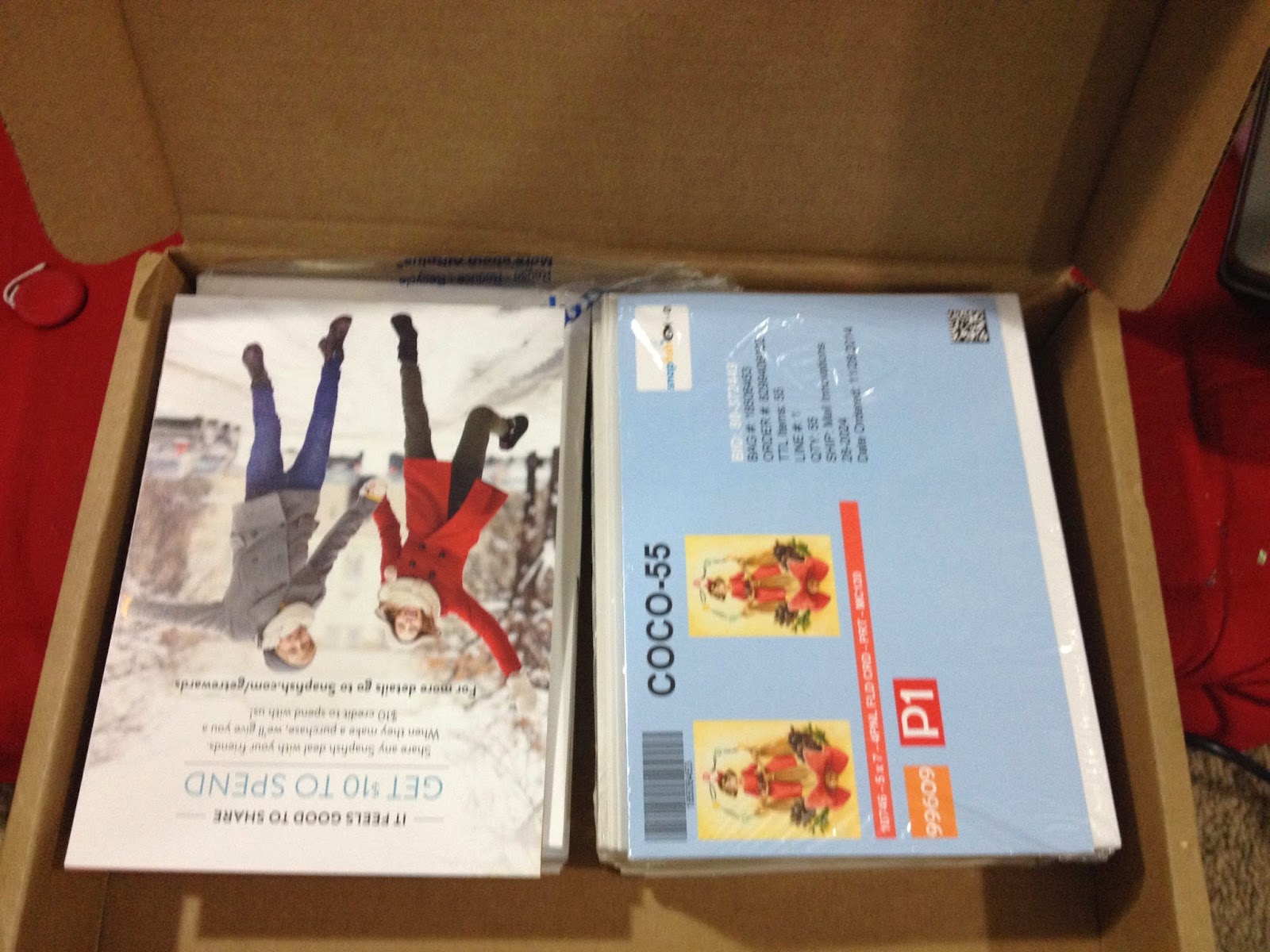 On top were two of Snapfish's cards- a print order card detailing the order and an advert card. 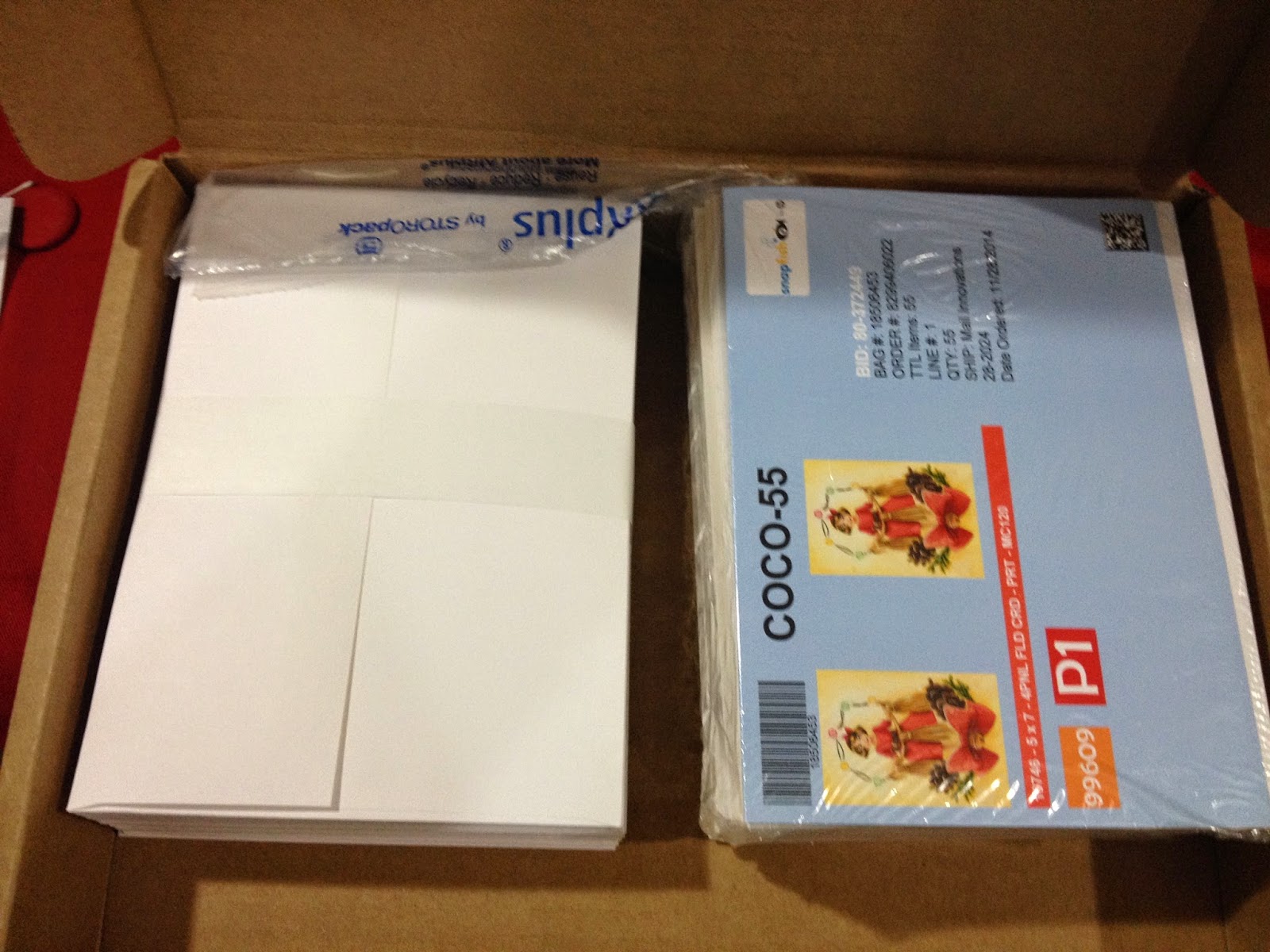 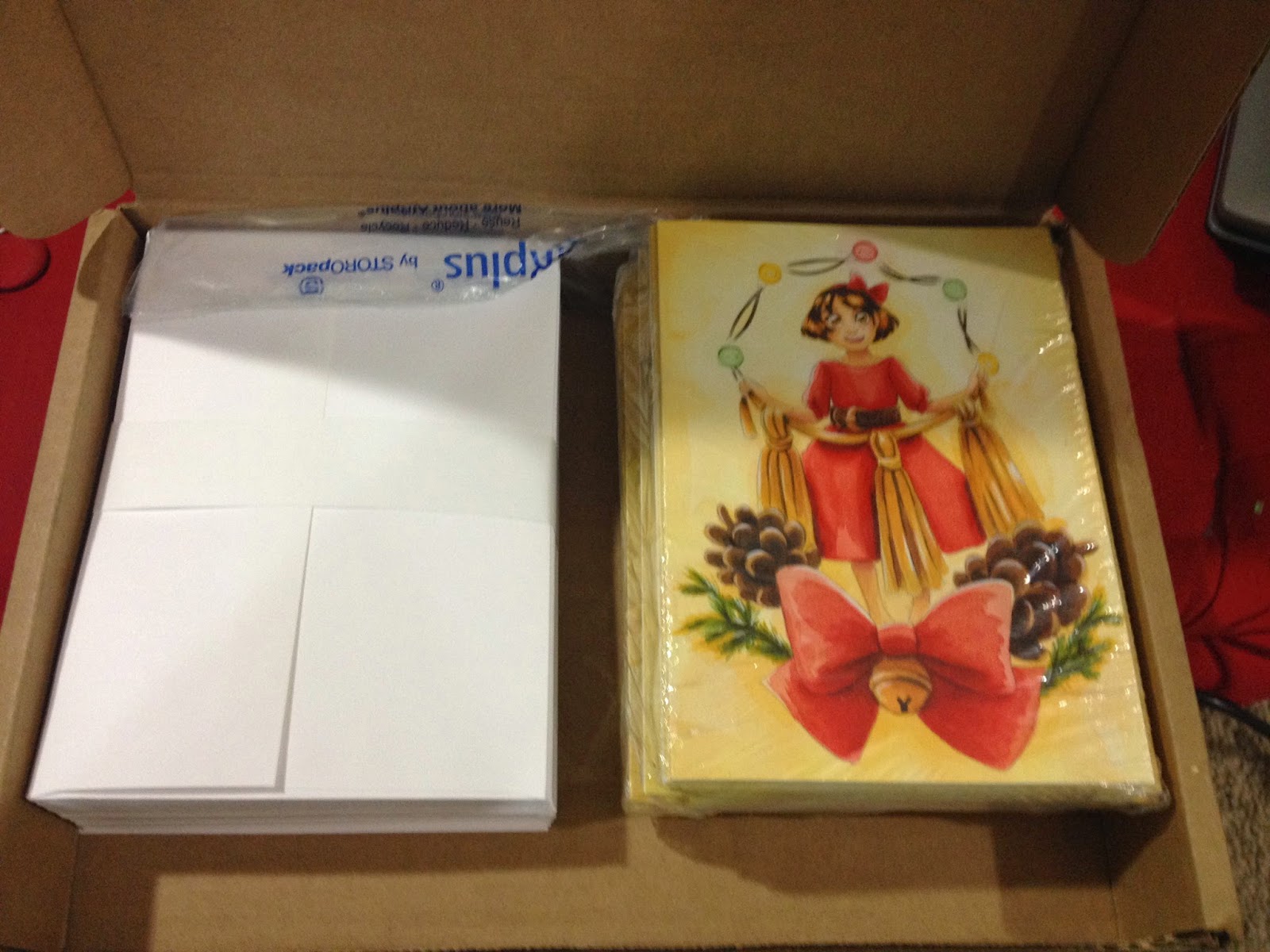 Underneath the adverts were my cards and their envelopes.  I'd ordered 55 Snapfish cards, paying 98 cents per card. 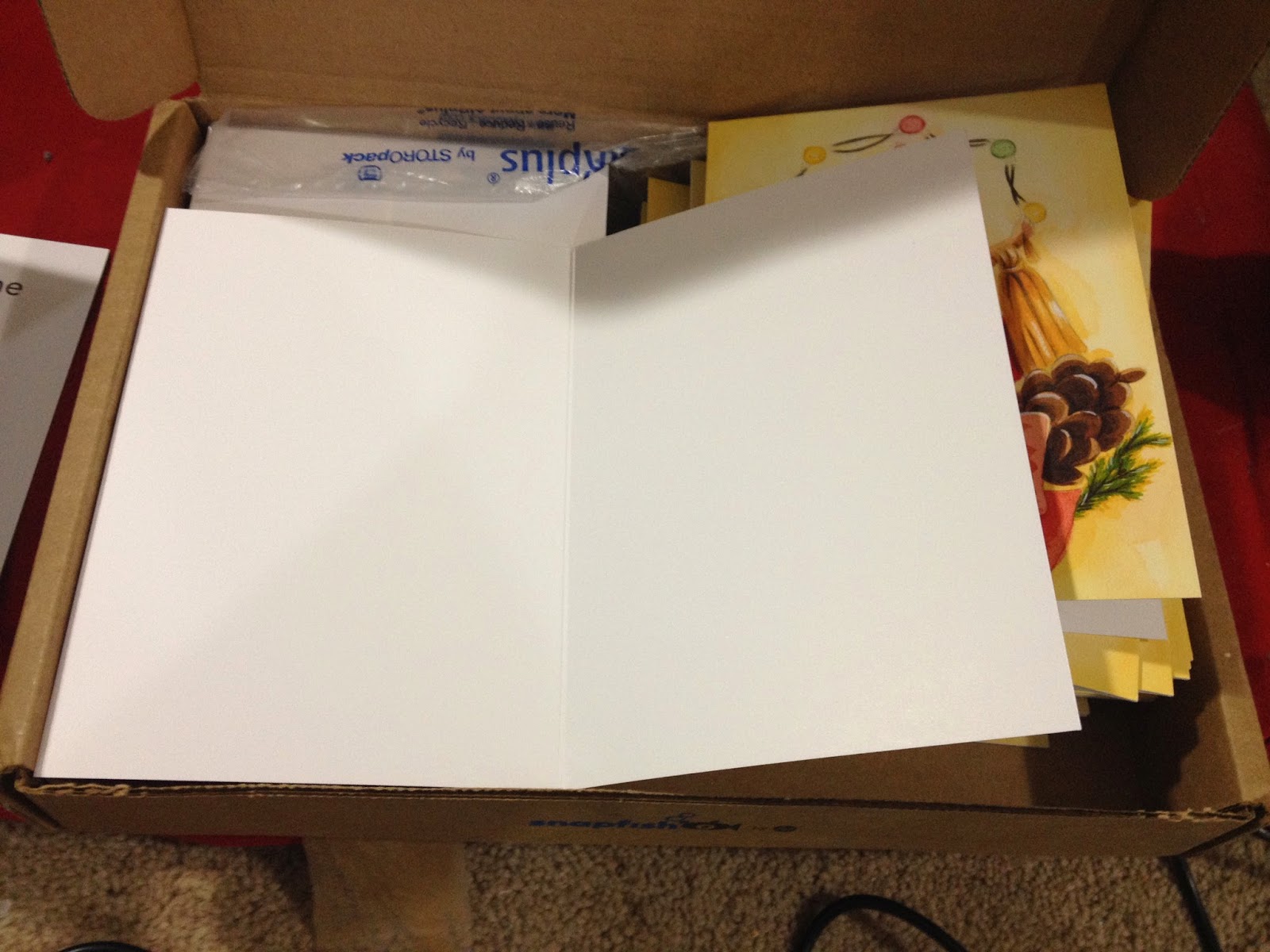 The interior of the cards are entirely blank with an untreated stock. 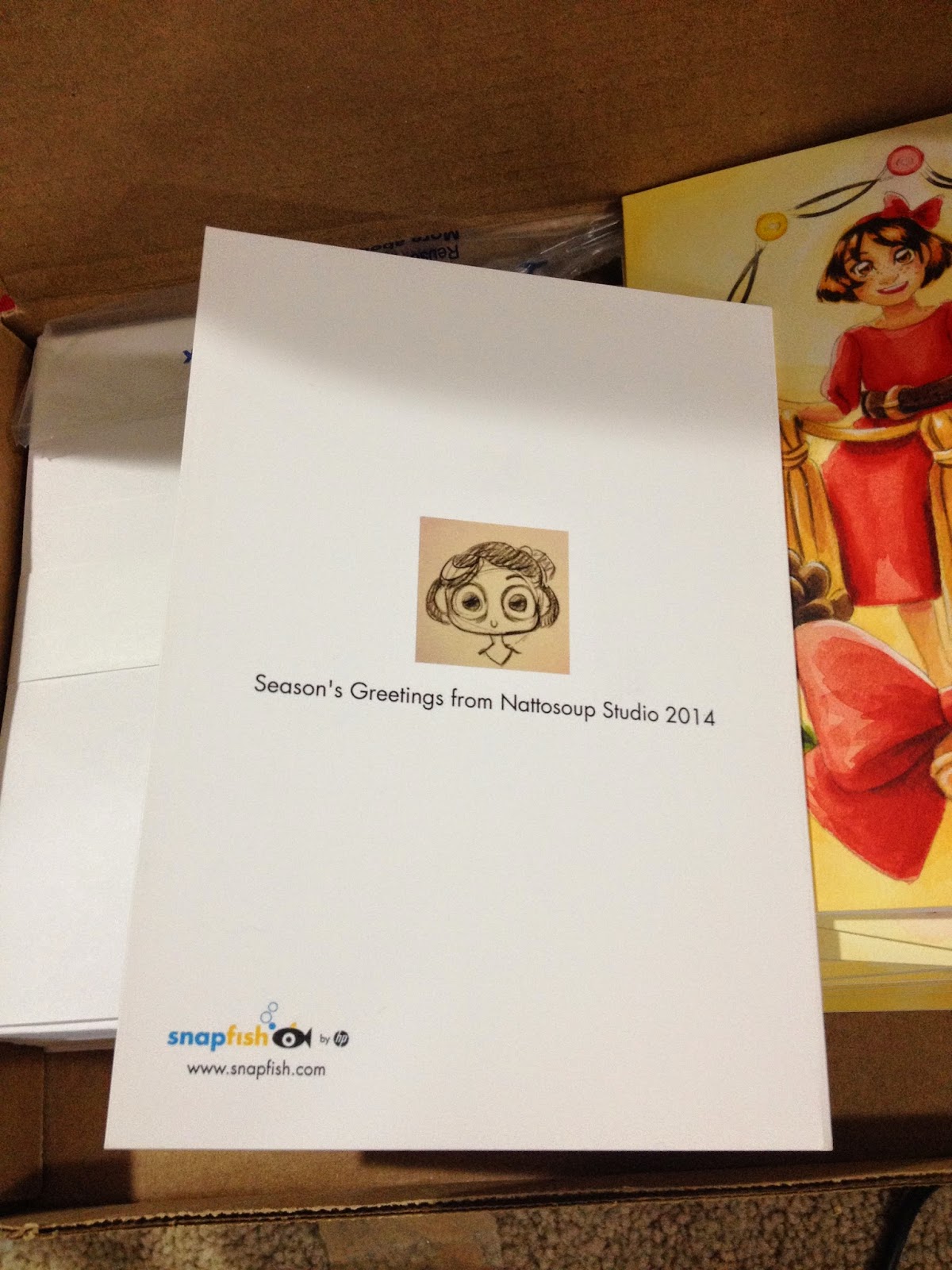 The back of the card includes my avatar and a little seasonal greeting, in addition to Snapfish's logo. 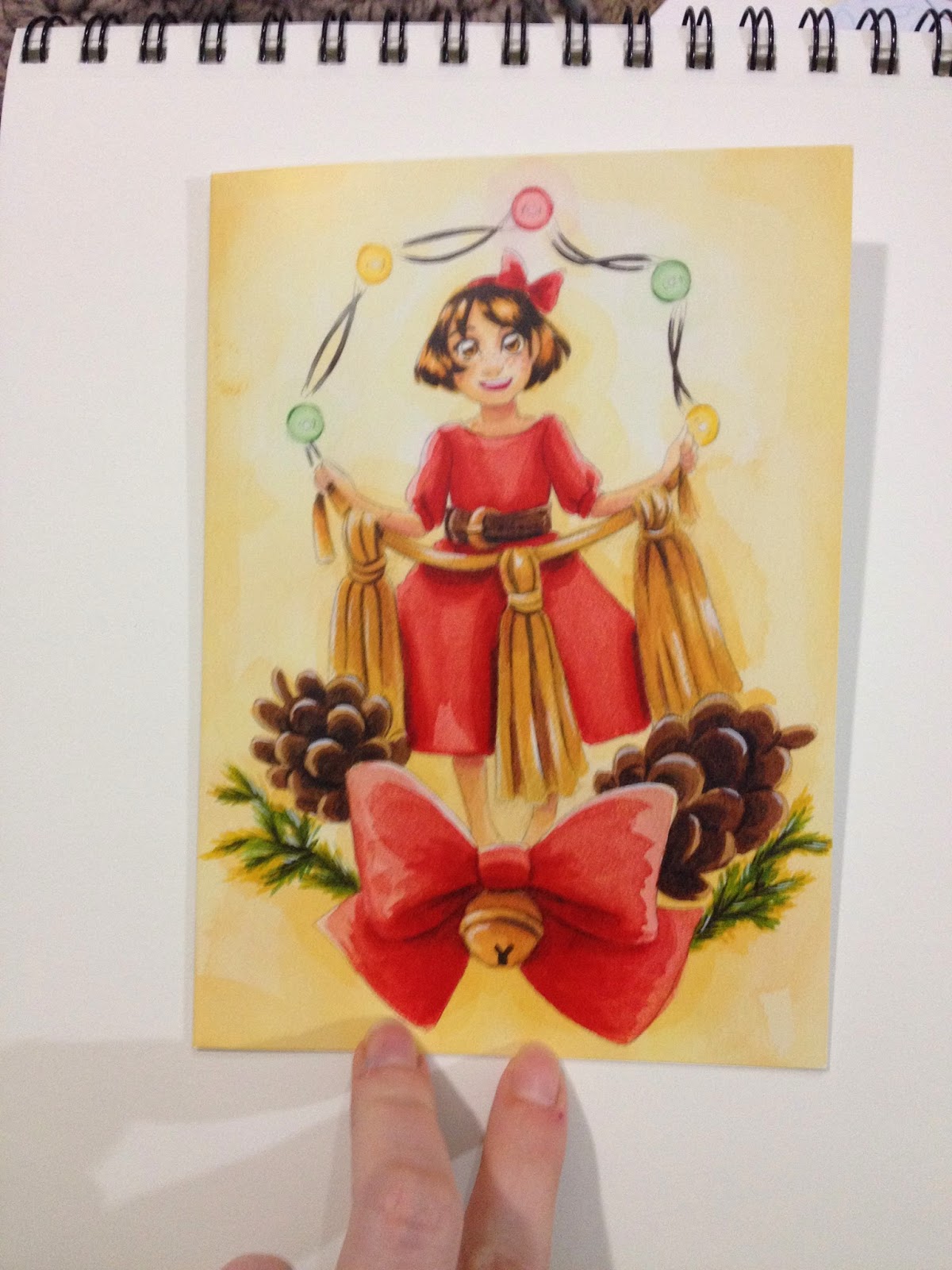 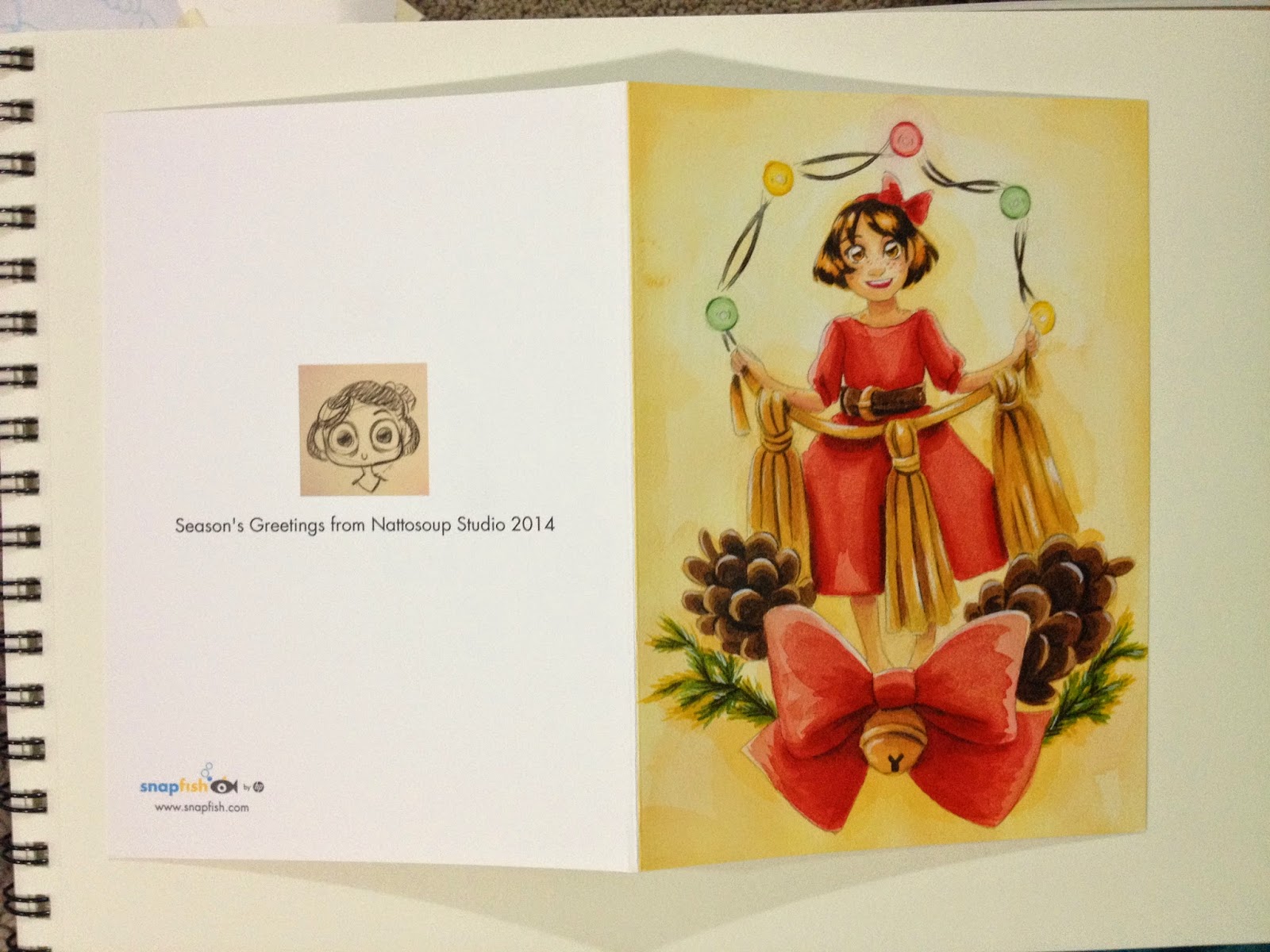 The cards are fairly large- 5"x7" and the print job is decent enough, although it skews a bit yellow.

My Shutterfly cards arrived in an orange cardstock Shutterfly envelope, similar to what my shopping bags came in a few months ago, but unfortunately I neglected to take a photo of it. 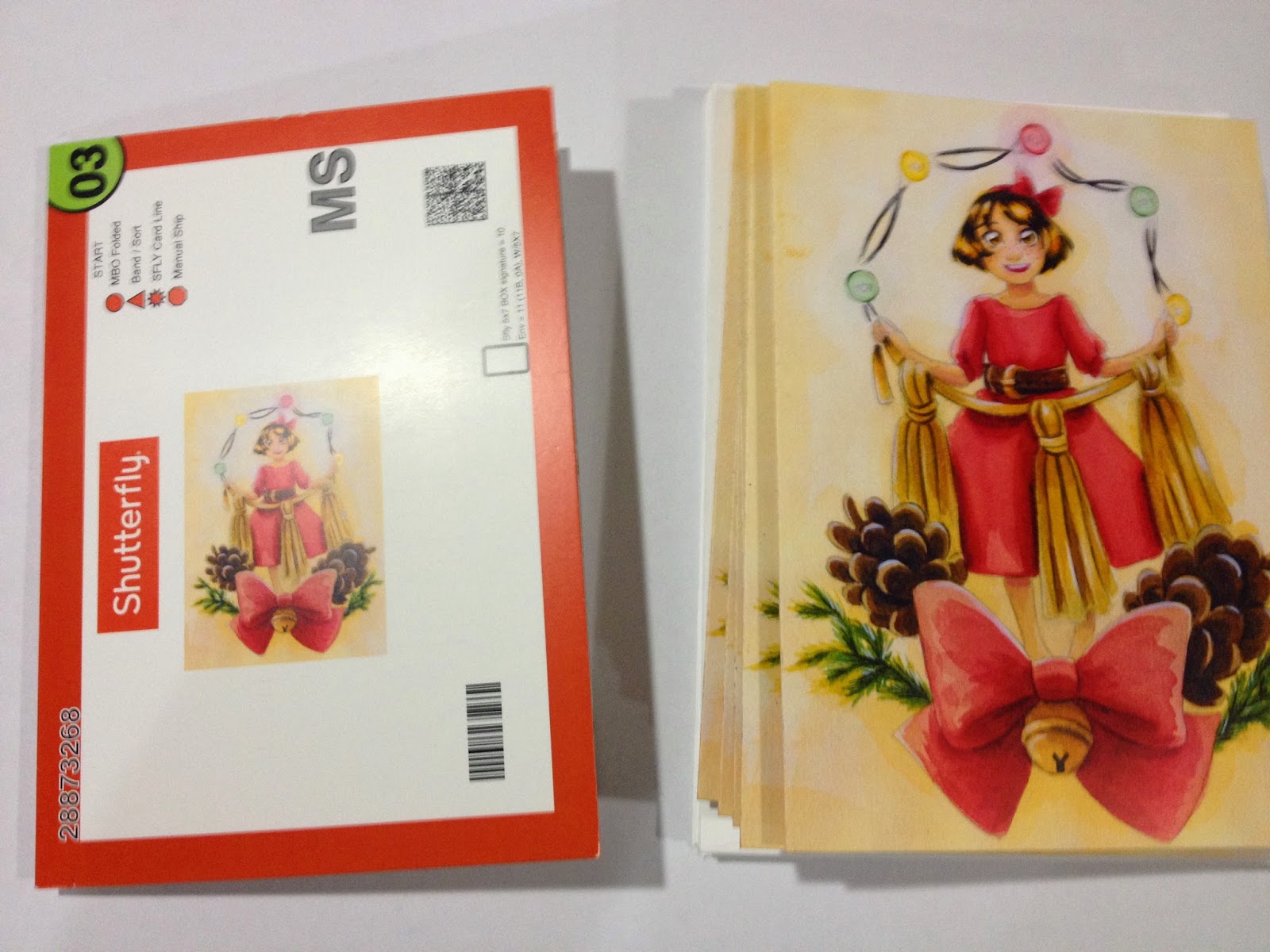 Like the Snapfish cards, they came with an order card which doubled as an advertising card.  The Shutterfly cards are a bit smaller by a quarter inch top and sides. 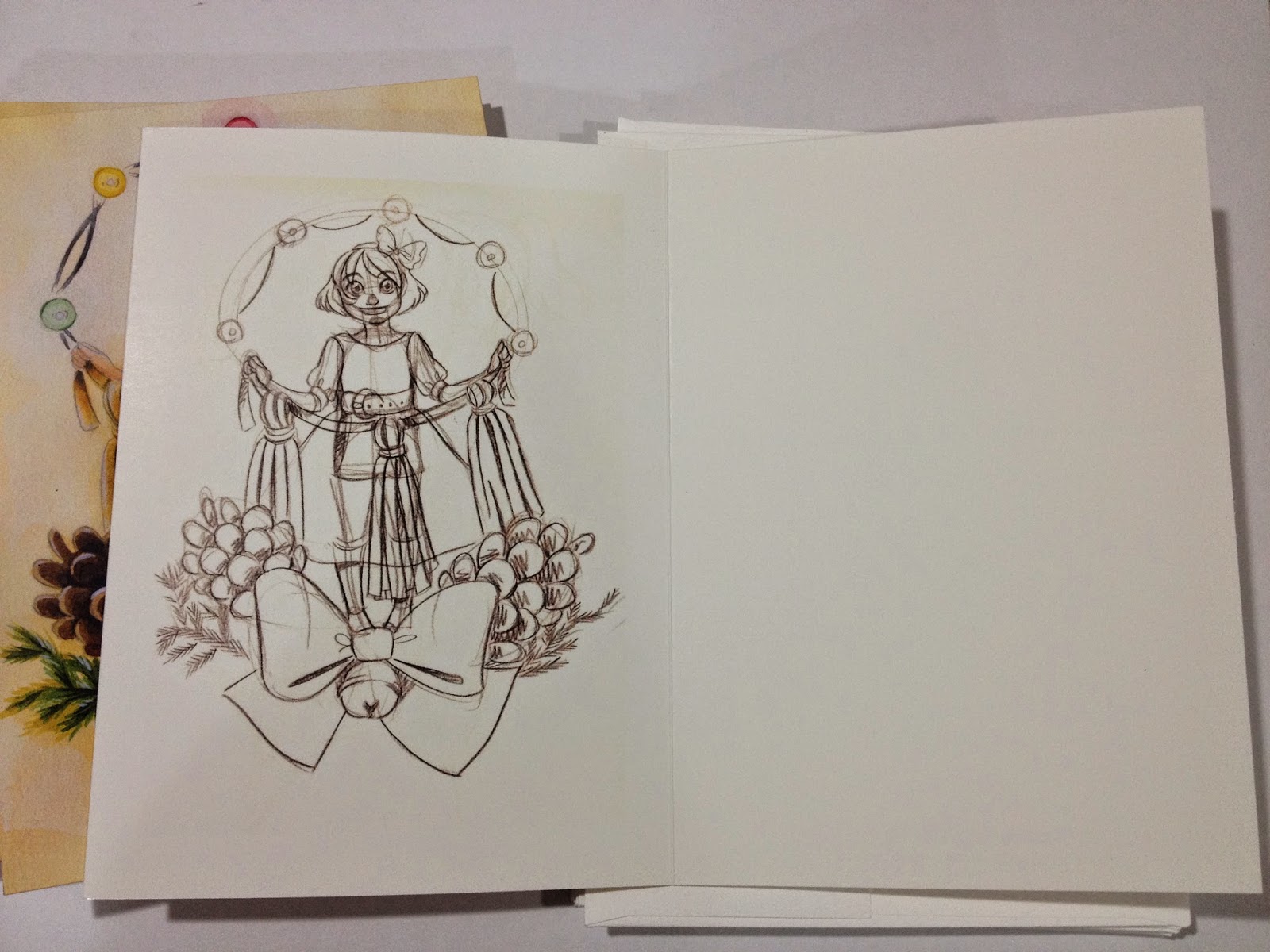 The big difference between the cards (besides sides and price) is that Shutterfly allowed for an interior image as well.  I opted to do the sketch from the cover. 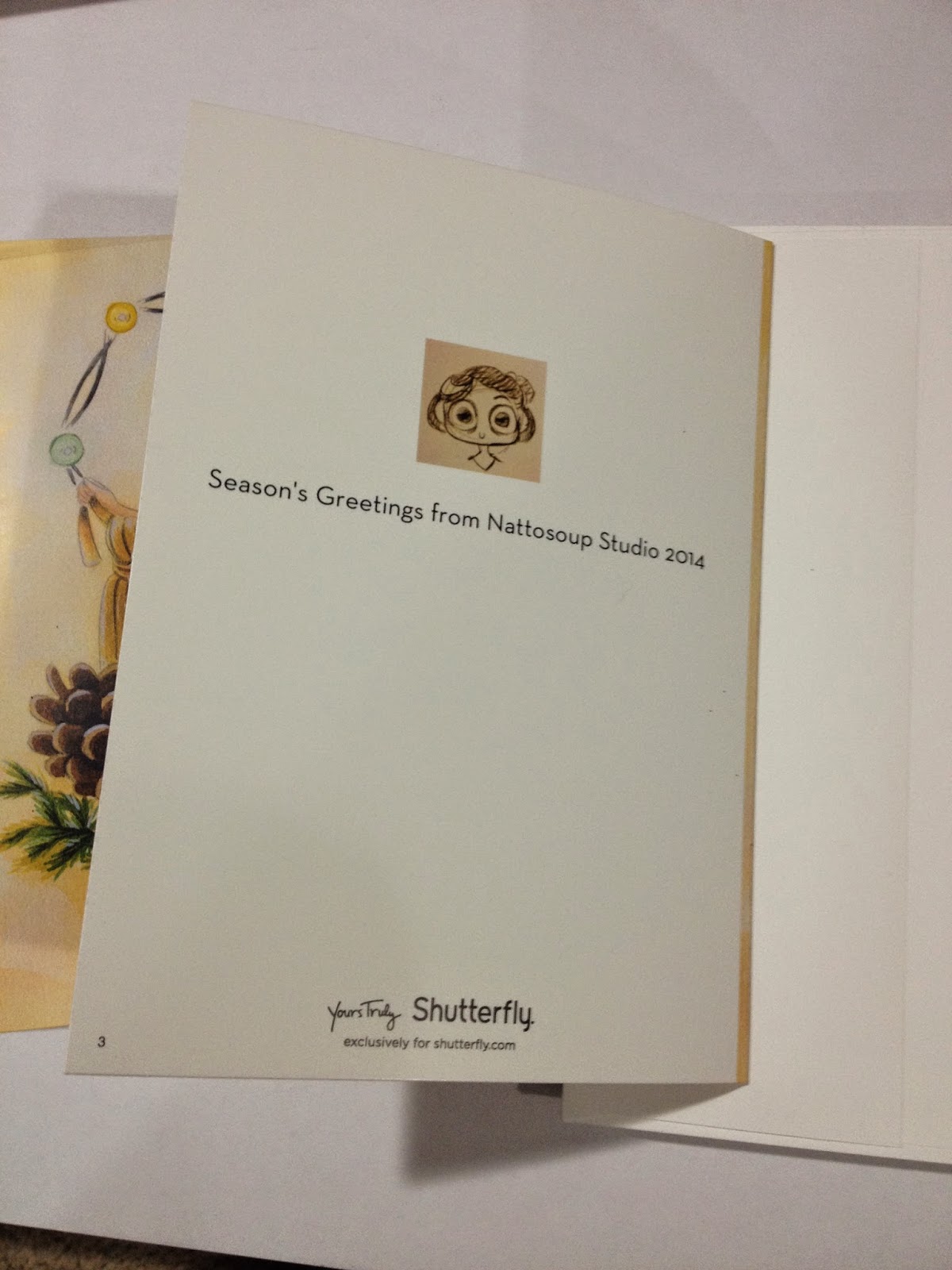 Like the Snapfish cards, I was able to put my avatar and a seasonal tagline on the back of the card.  Also like Snapfish, I don't have the option of skipping out on Shutterfly's logo, nor did it give me a discount on the final price.

Snapfish cards are to the right, Shutterfly's to the left. 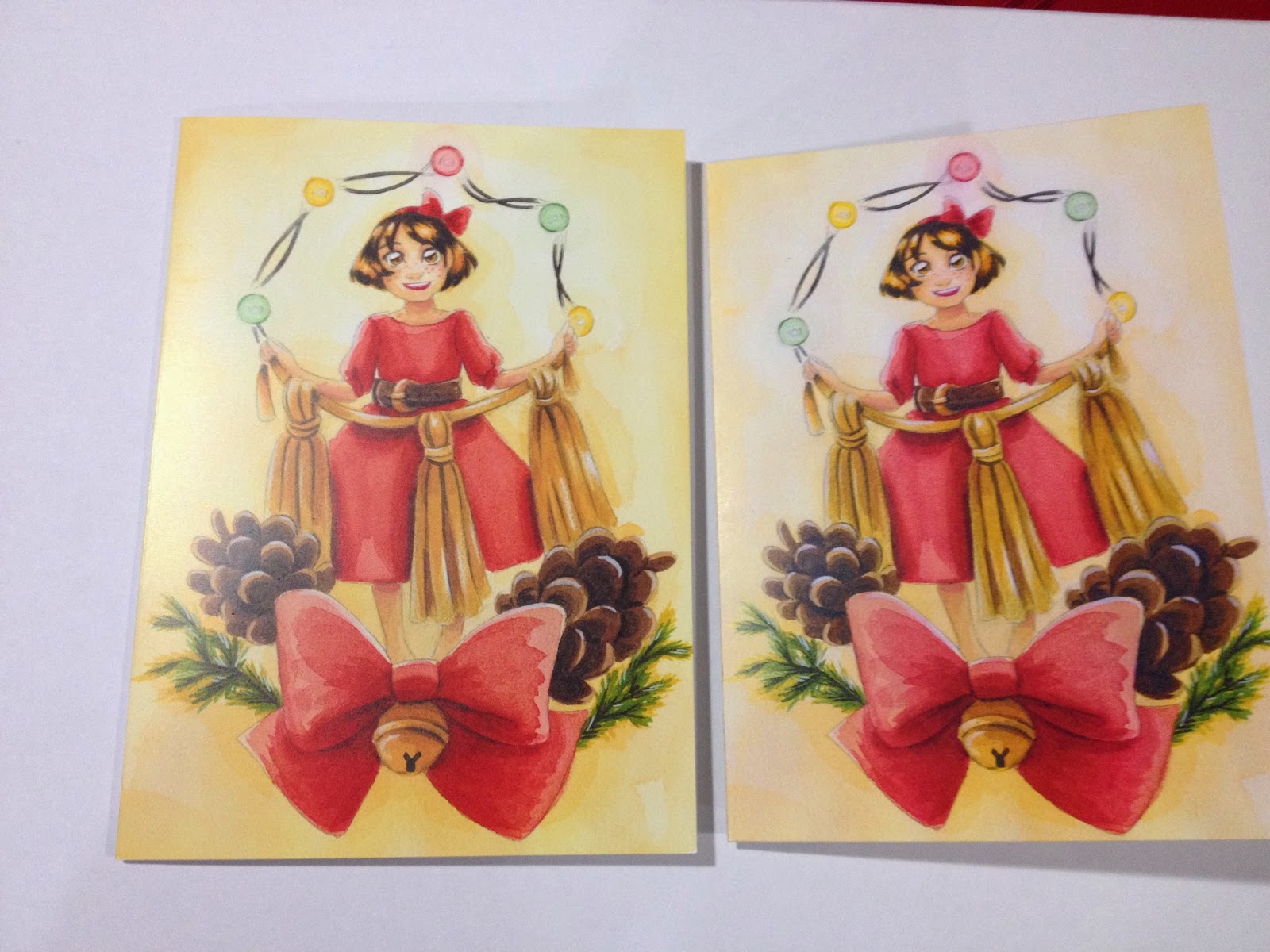 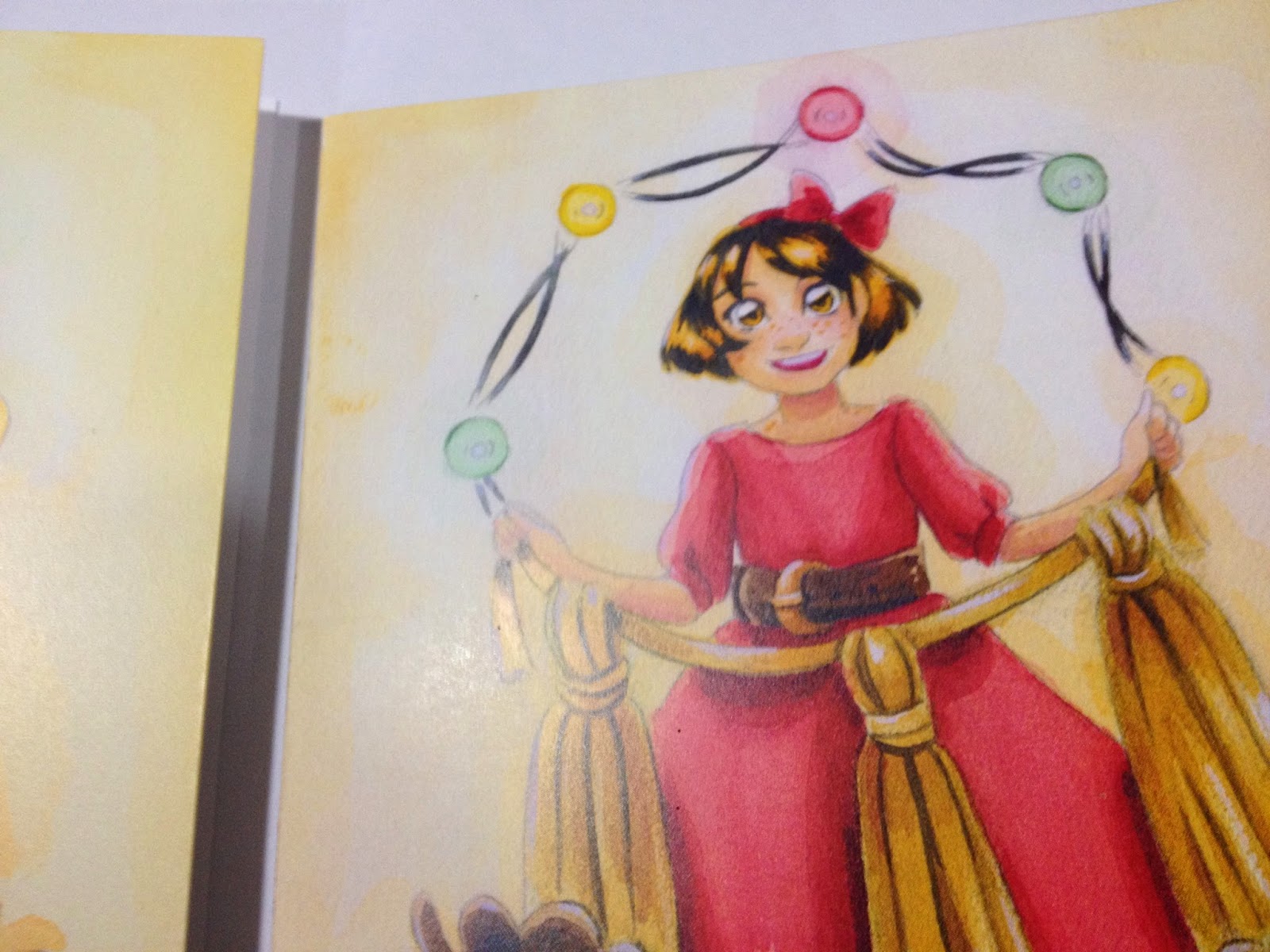 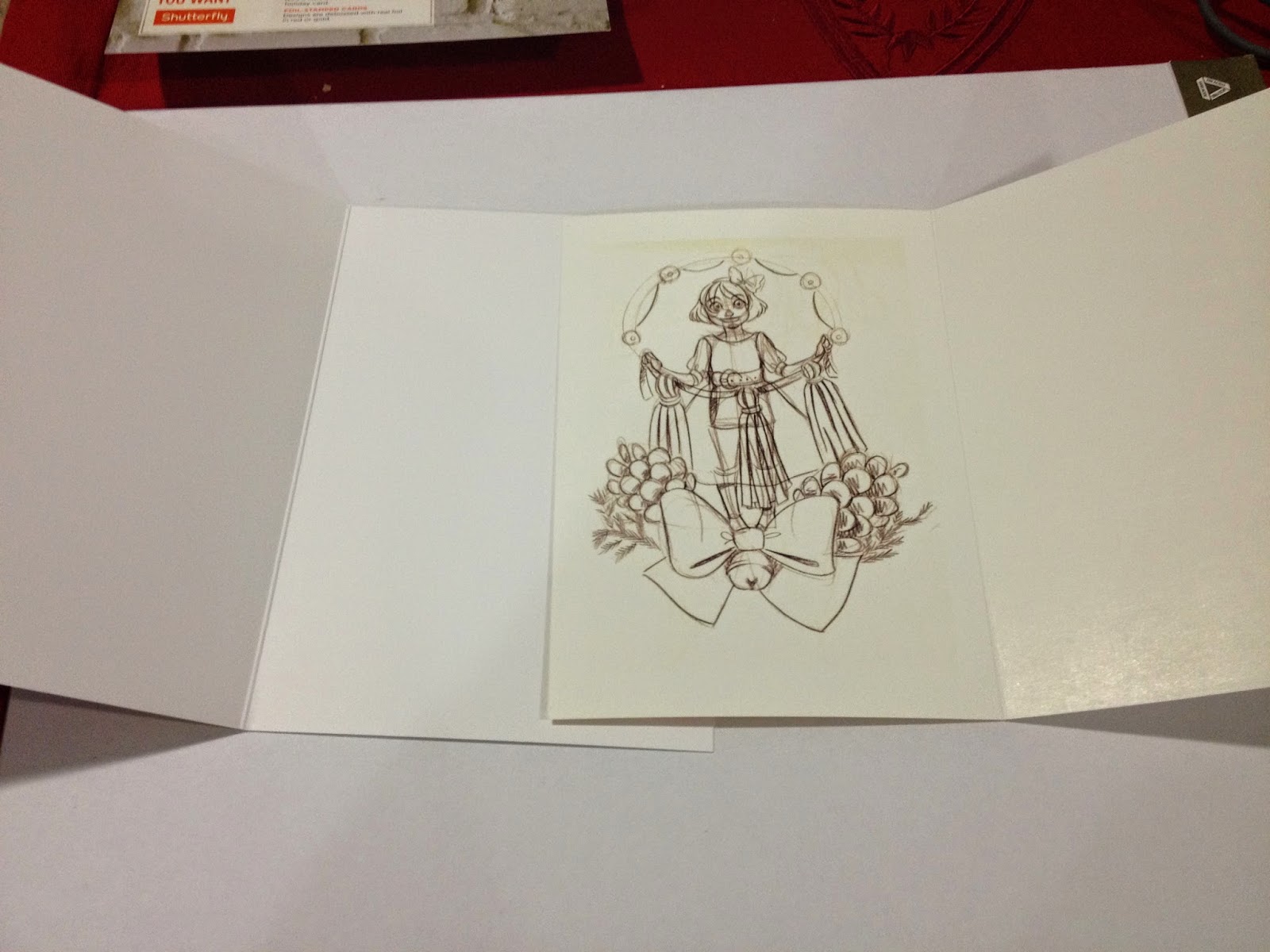 Snapfish cards are entirely blank inside.  Shutterfly cards allow for interior images, but have a slightly glossy finish on the inside.  If you're writing with a gel pen, give it a minute to dry.

For both brands, the back of the card allows for a small image and a tagline.  Both brands put their logos on the back, with no option to skip their logo for your own.  I personally dislike this, as people not familiar with your work might assume Snapfish/Shutterfly provided you with these images.

NOTE:  Both sets of cards were purchased using email deals.  In general, I think both companies are too expensive to purchase from without a discount or deal.  If you're interested, check out SlickDeals or consider signing up for their emails.

Snapfish- 5"x7", Printing on front and back, Snapfish includes their branding,- 98cents per card,55 cards total