Here's a short autobio comic I'm working on called Showers.  The first three pages (which are pencilled) were submitted for an assignment for Prof. Dove's class, but I'm going to finish it off eventually.  You can have a peek at what's pencilled so far though. 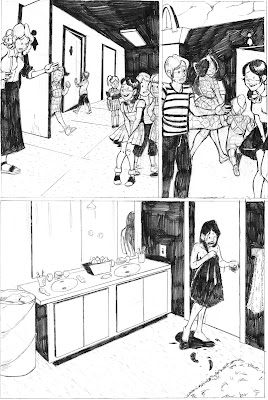 As I improve with my brush technique, I find myself frustrated with my pencils.  There's often a texture I know how to create with the brush, letting it do all the work, but doing it with a pencil would take more time than I often have.  I think the chances of someone else inking my work are pretty low.  The final version will have captions (lots of em!) 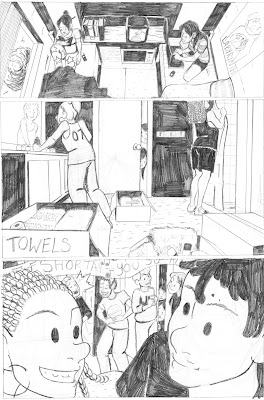 Even at the pencils stage, I still make a lot of corrections before going to inks. 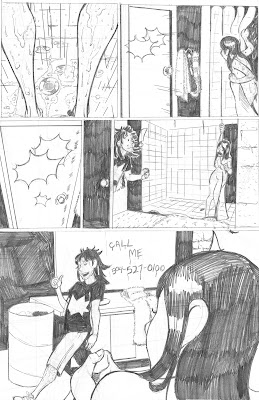 For example, I need to redraw the feet on the first panel, dutch the second and fourth panels, and do..something... with that last panel, because it is boring as hell.
Email Post